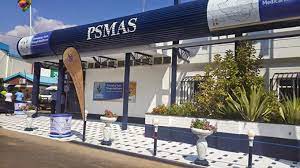 THE government, through the Public Service Commission (PSC), has blocked the convening of the Premier Service Medical Aid Society (Psmas) annual general meeting, before disrupting its Press conference as the authorities wrestle to control the country’s largest medical aid society.

PSC secretary Jonathan Wutawunashe, who is part of the fight for the control of Psmas affairs, on Wednesday said the AGM had been cancelled to allow the completion of a forensic audit.

The members thus pushed ahead with plans to hold the AGM at a local hotel yesterday but were stopped by the police. Baton-wielding police descended to block the meeting which was supposed to be held at the Rainbow Towers Hotel, before blocking speeches at Public Service Association (PSA) House in Harare’s central business district.

One of the medical society members, Ladistous Zunde, a programmes manager at the Progressive Teachers’ Union of Zimbabwe (PTUZ), was arrested on his way out of the venue.

Some members leaving the PSA House were dispersed by police who whisked Zunde away in a truck.

“We are tired of what has been happening,” said Charles Chinosengwa, organising secretary for the Zimbabwe Confederation of Public Sector Trade Unions (ZCPSTU).

“We were holding a peaceful Press conference, and police came to arrest our member for nothing. That is why we are calling upon all members of the health, education services, and other civil servants to come together so that we put an end to this kind of treatment.”

Commenting on the arrest, PTUZ secre[1]tary-general Raymond Majongwe said: “The guy (Zunde) has not committed any offence. I was with him, and if walking in town is a crime, then he is guilty!” “He will not face anything because he has not been arrested. He is my officer, and if they want me, let them get me, not him,” he said.

Before the raid, members had agreed to a demonstration featuring the society’s members who have been living below the poverty datum line.

“They have undone the AGM and, because of that, we are therefore in a situation where members are saying they want to proceed with it.

“Quality health has been compromised and, because of that, we have seen members failing to get services when they are ill or admitted. They have had to pay astronomical shortfalls, which ultimately compromises the members’ access to proper healthcare,” Majongwe said.

Psmas members believe the PSC’s manoeuvres are designed to hijack their organisation and run it in the interests of government officials and their business cronies instead of members. Majongwe said they will stage a peaceful demonstration despite the use of the repressive state apparatus which was deployed to block them from convening.

“Whether we are successful or not, we have the reason and constitutional right,” he said. “And this is a free country. All we are saying is that we are not happy with what is happening. “As far as we are concerned, we are the contributing members and we know what we want. There is no point in being afraid. The members who are contributing to Psmas are saying that on the 4th of July, they will demonstrate to say they are not happy.”

Psmas members and the government have been at loggerheads, with the former claiming the au[1]thorities have been vying to make the oldest medical aid society a parastatal. The government started manoeuvring to cap[1]ture Psmas last year ahead of the AGM.

Psmas members wanted to ratify resolutions on restructuring and consolidation made during the interim management Dr Gibson Mhlanga, who was brought in by the government from the Health ministry to clean up the mess left by the organisation’s former chief executive Cuthbert Dube who was removed under a cloud of corruption.

The 11-member board comprises three members appointed by the government, three appointed by civil servants, three elected by other members and two chosen by affiliate employer organisations excluding government.

The Psmas managing director is the principal officer and an ex-officio member. Just before the AGM in June last year, Psmas was told by the government to cancel the meeting because the company had received a complaint from PSC secretary Wutawunashe, The NewsHawks heard. Consequently, the 2021 AGM was cancelled on its eve, in manoeuvres similar to the scuttling of this week’s AGM.