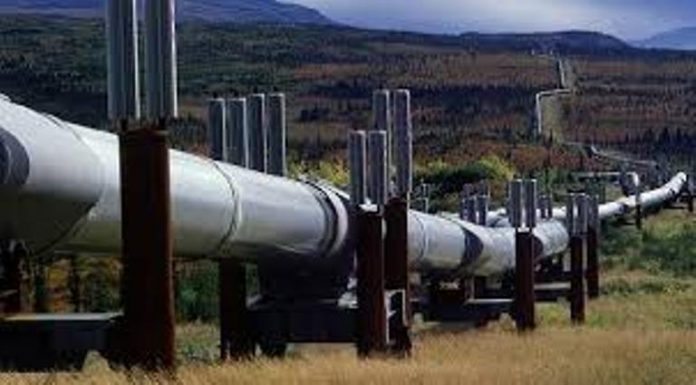 A LOCAL environmental advocacy group has raised concern over the planned multi-million-dollar proposal to construct Zimbabwe’s second fuel pipeline, arguing it goes against the Paris climate change agreement by positioning the country as a regional hub for greenhouse gas emissions.

The project is expected to be undertaken in phases and over a period of four years, with the total cost of the project expected to reach an estimated US$4 billion upon completion.

Reports indicate that there are long-term plans by the company to connect the pipeline to South Africa, Botswana, Zambia, Malawi and the Democratic Republic of Congo.

However, the Centre for Natural Resource Governance (CNRG) has raised objections to the project, arguing the pipeline comes with “environmental, economic and social costs for Zimbabwe”, while positioning the country as a hub for “dirty energy”.

“Huge projects like this one require large tracts of land and this will result in displacements of people along the route of the pipeline.

The project also places Harare as the regional hub for dirty energy and is contrary to President Emmerson Mnangagwa’s promise to transform Zimbabwe into a Green Economy by 2030,” the CNRG argued in its position paper citing Zimbabwe’s ratification of the Paris agreement.

“By positioning itself as a regional hub for dirty energy, Zimbabwe is also announcing itself as the future regional epicentre for greenhouse gas emissions.”

In 2017, Zimbabwe ratified the Paris Global Climate Agreement as a demonstration of its commitment to deal with climate change. Under the agreement, Zimbabwe committed to reducing its per capita energy emissions by 33% by 2030.

The Paris Agreement Under the United Nations Framework Convention on Climate Change, also called the Paris Climate Agreement or COP21, is a legally binding international treaty on climate change.

The Paris agreement set out to improve and replace the Kyoto Protocol, an earlier international treaty designed to curb the release of greenhouse gases.

Zimbabwe also has a Climate Change Response Strategy which promotes decarbonisation of all economic activities.

“Against these progressive policy documents, it is surprising to witness plans for massive infrastructure construction for dirty energy,” the CNRG added.

“The CNRG believes the same amount of money to be invested in a pipeline can still be invested in renewable energy infrastructure with more sustainable, environmentally friendly and economically-inclusive outcomes, considering that continuous reliance on fossils has been linked to flooding and drought and other catastrophic events by the IPCC August 2021 report.”

“Investing such an amount into solar and wind energy projects and also manufacturing of lithium batteries for electrical vehicles, whose demand is on the rise, could bring a lot of profits for Zimbabwe in the long run.”

A recently released United Nations Intergovernmental Panel on Climate Change report on the state of global climate science warns that climate change’s disastrous consequences will lead to the destruction of natural habitats if the world does not drastically cut greenhouse gas emissions in the next 20 years.

The fuel pipeline project is reportedly fronted by South African businessman Errol Gregor, chairperson of Coven Energy Ltd, the company given the deal.