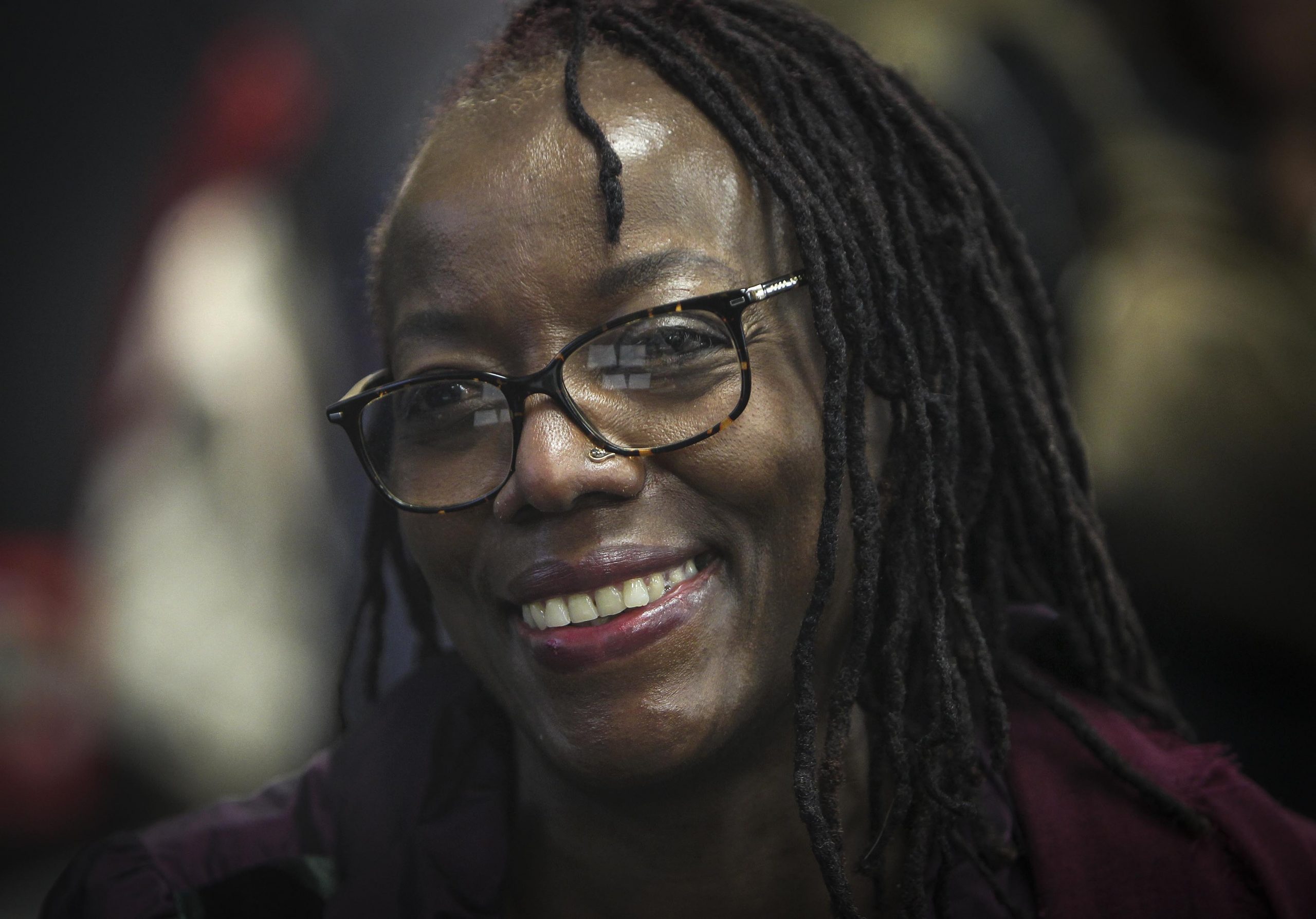 The Zimbabwean author celebrates the act of artistic creation while exploring the colonial, racial and gender biases she has faced.

WRITER Tsitsi Dangarembga (pictured) is the much-heralded author of numerous novels, including the Booker-shortlisted This Mournable Body and Nervous Conditions, winner of the Commonwealth writers’ prize. In this short, serious and powerful nonfiction piece, she undertakes a deep dive into the consequences of racism and misogyny on her development as an author, a thinker and a woman in the world. She is inextricably shaped by sex, race, nationality and class – and yet writing also enables her to adjust and transcend these categories, to establish counter-narratives and expanded viewpoints.

She starts with a punchy history of Zimbabwe – formerly called Rhodesia – and follows on to examine the impact of empire, colonisation and patriarchy on her life and that of her nation and generation: “The first wound for all of us who are classified as ‘black’ is empire. This is a truth many of us – whether we are included in that category or not – prefer to avoid. Today, the wounding empire is that of the western nations: the empire that covered more than 80% of the globe at its zenith in the 19th century. It includes the British empire that colonised my country Zimbabwe in the 1890s. I was born into empire: my parents were products of empire, as were their parents before them, and their parents before that, my great-grandparents.”

Her essay is a celebration of artistic creation at the same time as an acknowledgment of unjust worldly realities. She has a talent for taking activist buzzwords, around women’s agency or the importance of decolonising the canon, and examining how powerful yet difficult it is to pull up the deep structural and psychological roots of patriarchy and empire: “Being categorised as black and female does not constrain my writing. Writing assures me that I am more than merely blackness and femaleness… What writing while black and female does constrain for me is access to publication opportunities, and when I am published, avenues to reputable, professional publishing houses and lucrative contracts, money being the currency of empire.”

As Dangarembga frames it, pain, anger, injustice and resilience can also be the starter fuel in the development of necessary personal drive, a creative viewpoint and transformative political power: “This is the sort of agency that black feminists, and in particular black African feminists of conscience, exhibit. It is the result of an unrelenting fight for survival and dignity.”

Black and Female by Tsitsi Dangarembga is published by Faber.

Dangarembga launches Black and Female in an event run in partnership with English PEN at the Southbank Centre, London, on 4 Sep​tember​.

A study in the power of words

The writer and film-maker’s nonfiction debut weaves the personal and the political to arresting effect.

I READ Tsitsi Dangarembga’s debut novel Nervous Conditions in 2016, nearly 30 years after it was first published. I was 23 and hungry for literature that reflected my reality as a black woman. I found it a compelling but deeply uncomfortable read, and was shocked by the almost violent emotions it inspired. I put it on my bookshelf and tried to forget about it, but, like great literature always does, it stayed with me.

The story, set in Southern Rhodesia (now Zimbabwe) during the turbulent 1960s and 70s, follows teenager Tambu’s desperate attempts to escape her family’s poverty and get an education. Motivated by the belief that if she works hard she will be able to realise her potential, she ends up both isolated from her family and rejected by the western millieu she is desperate to join. This state of affairs leads to her complete unravelling. As I prepared to enter the workforce, knowing that I would also have to navigate the expectations of two cultures, Tambu’s fate struck me as a cautionary tale.

Dangarembga, who is also a playwright and film-maker, went on to write two sequels. The final book in the trilogy earned her this year’s Windham-Campbell prize. Black and Female is her first work of nonfiction, and represents a rallying cry for the transformative power of writing; not only to help us make sense of our place in the world, as Nervous Conditions did for me, but to lend us the imagination and courage to change it.

The first of the three essays, an examination of what it is like to write as a black woman, feels the most relevant for our times. During the 2020 Black Lives Matter protests, demonstrators across the world held placards carrying the slogan “silence is violence”. Dangarembga similarly notes that it is through silence that the destructive legacy of empire is perpetuated. When the victim speaks, points to where they are in pain and indicates who has caused it, they find space for healing. “Through writing, I cultivate my being to bring forth forests that replenish our depleted humanity.”

Dangarembga understood the power of words from a young age. When she and her brother were taken from Zimbabwe to England, they were forced to stay in a foster home while their parents worked and studied. It was an experience that “sliced her in two”, leaving her with a “never-ending emptiness”. In the midst of powerlessness, words were a way of regaining agency. She wrote a diary as a teenager, and gradually began to think more seriously about the narratives she wove. “With words I could do things. I could make good what was no more. Then perhaps I could bind the things that mattered to me with words and not experience their loss. I could beat the nameless things that sharpened the guillotine and came for me after I was tucked into bed.”

Though writing helped her process what was happening to her, she initially struggled to place her own life at the centre of her work. There was no significant black female character in her first play. This changed once she became more involved in feminist activism at the University of Zimbabwe, at which she enrolled shortly after independence. It was then that she was able to recognise the pervasive “pressures on me to not be myself, but to stand in for something else”. Revolutionary literature that glorified the struggle for independence was the order of the day – few “were concerned with the individual personhood of young black Zimbabwean girls”. Nervous Conditions struggled to find a publisher in Zimbabwe and was eventually taken on by a small feminist press in the UK.

At the time I read it, I remember thinking that simple representation was enough, but Dangarembga challenges these low expectations. Undistinguished writing merely “raises a scar, puffy, often suppurating, over the damage” of colonisation. She recalls black men encouraging dull work by aspiring female writers in the budding post-independence literary scene by failing to offer constructive criticism. Later, she came across the same modus operandi among white executives in the film industry, who celebrated “mediocre black narrative”. “The best writing opens the lesion again and again and cleanses,” she goes on to declare. When done right, the skin, in certain light, looks like it “was never lacerated”.

The collection includes two other essays, one a sweeping sociopolitical history of Zimbabwean women, the other an examination of Zimbabwe’s project of decolonisation, which, she stresses, did not end with independence.

In the latter, she shows with painstaking clarity, how the political elite has betrayed her countrymen. She argues that activists must also decolonise how we produce and share knowledge, and how we see ourselves. “No melanated person’s capacity to function has escaped being affected in some disruptive way by the white-centred structures of the world they live in,” she writes, using a term that will still be unfamiliar to many but that, she asserts, “we black people increasingly call ourselves”. She describes blackness as “condition imposed

on me, rather than being … experienced”. For Dangarembga, it is a political identity that has little to do with colour, but rather with the common experiences black people endure. She continues: “Other melanated people became complicit,” in upholding the structures of the empire. Such complicity may be conscious or unconscious … melanated people are often rewarded for their acquiescence to the demands of a white world with economic elevation, or with other things that are valued in that world, such as social stature.”

For Dangarembga, this complicity may be a rational choice for black people, but it is ultimately a destructive one. “This is how I came not to be for many years, and how my coming into being, past and present, requires filling in a great chasm, which I constantly seek to do with words.”

The final pages of the book are characterised by a fierce urgency. Dangarembga believes the challenges of climate change, immigration and inequality place the world at a crucial juncture. “If the logic of the Enlightenment was racism, slavery, genocide and colonisation, decolonisation is the only logic that offers hope of future,” she writes.

The task – to uproot a half-a-millennium-old practice – is immense, but “the trajectory of current and future generations depends on that uprooting.”–The Guardian/Observer.