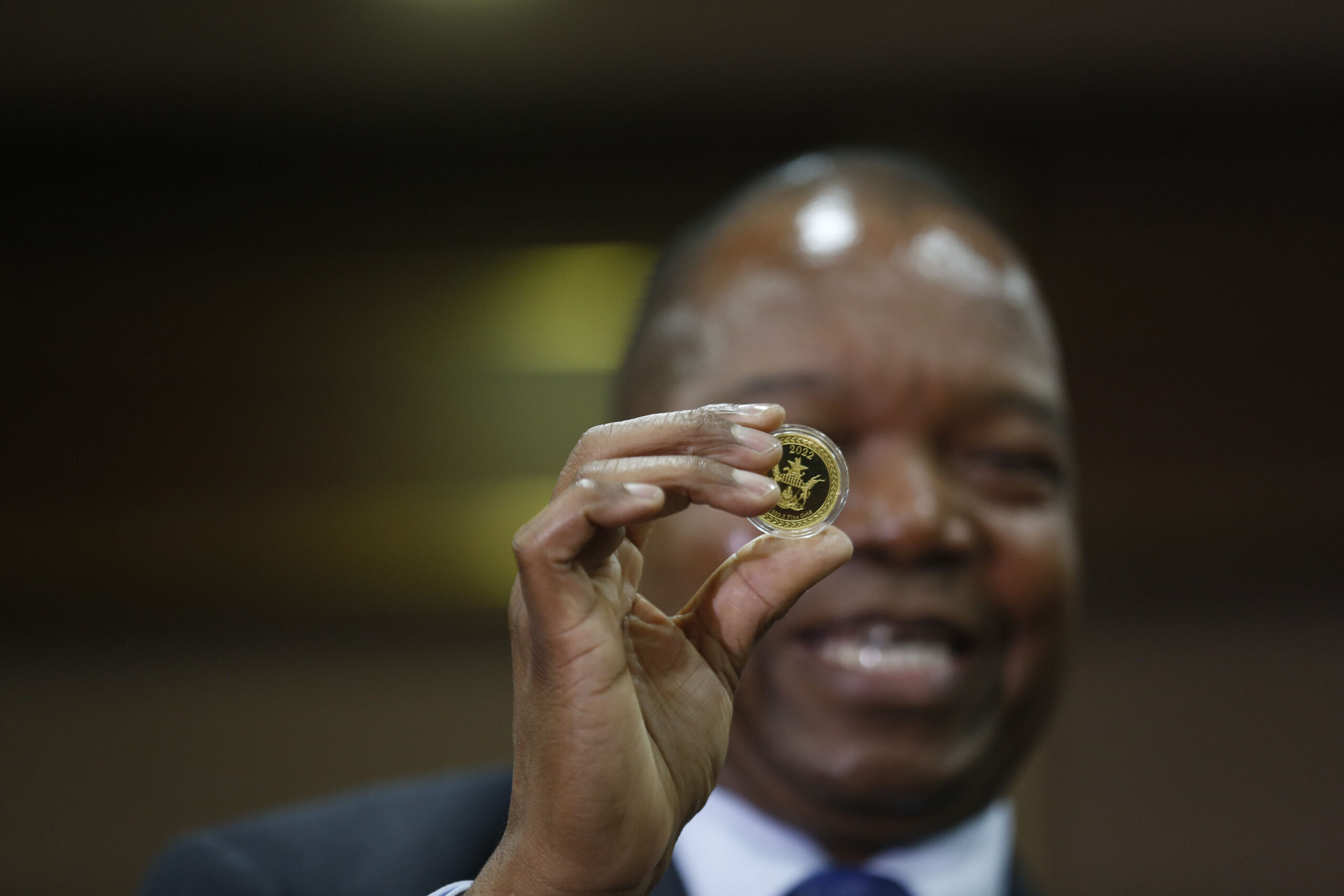 THE Reserve Bank of Zimbabwe (RBZ) has, through the introduction of gold coins, has effectively dumped local currency and dragged the country’s monetary system back to 16th century mercantilism, experts have said.

In a bid to save the local currency from collapse and also halt soaring inflation, the RBZ has introduced the Mosi-oa-Tunya gold coins described by critics as elitist. The coins are set to hit the streets next week on Monday.

“Gold coins are not money. It is gold minted into a coin and used as a store of value. The Reserve Bank of Zimbabwe never ceases to amaze us economists. The bank never runs short of dreams. The major function of the RBZ is to protect its currency,” economist and politician Tapiwa Mashakada said in an article published by the Zimbabwe Institute of Strategic Thinking.

“What is happening is that the bank has done a baby dumping on its bond or RTGS Zim currency. The bank has exuded its lack of confidence in its own fiat money or legal tender. The bank has rewinded the country’s monetary system back to 16th century mercantilism which was based on barter trade.”

Mashakada, who is also a trade and investment facilitation expert, said what the RBZ has done is to actually adopt bimetallic coins as a proxy for fiat money.

“After gold coins, we will see silver coins, and diamond coins. Zimbabwe’s mono-currency has collapsed. The paradox is that whereas the RBZ governor is running back to mercantilism and the gold standard, the minister of Finance is inching closer to dollarisation,” he said.

Mashakada, a former minister of Economic Planning and Investment Promotion during the Government of National Unity, said the gold coin was, in a way, a corrupted version of the gold standard of the 18th century whereby gold was indexed to the greenback, meaning that the RBZ gold coin will bear the market value of gold in ounces.

“The danger is that, if not encrypted, the gold coin can be melted into bullion and sold back to Fidelity Printers. These are some of the likely unintended consequences of minting gold coins,” he said.

“Yet the solution to Zimbabwe’s currency quagmire is simple. Where we stand, dollarisation is the answer. From bearer cheques to bond notes to RTGS, it has never worked because the currency is not backed by anything.”

“Gold coins are not a reserve currency, hence they cannot back up the Zimdollar. That is where the RBZ missed the point. The implication is that hyperinflation and exchange rate volatility will worsen, thereby plunging the economy into stagnation. It’s high time monetary and fiscal policies were synchronised,” he said.

Researchers at IH Securities said the potential arbitrage opportunity makes returns from the Mosi-oa-Tunya coins attractive, speaking to a strong buy opportunity. “Investment activity on the ZSE [Zimbabwe Stock Exchange] for the first quarter was driven to a significant extent by inflation hedging and arbitrage behaviour as opposed to critical fundamental valuation. The present policy environment necessitates a return to fundamental valuations as investors return to basics and interrogate opportunities,” it said.

“Although we acknowledge the opportunity presented by the arbitrage in the gold coin pricing, the mechanics of realising those returns involve assumptions of a secondary market and movement outside the formal market. We remain optimistic on the stock market as a transparent and accessible investment vehicle with clear buying opportunities.” Morgan & Co said, as arbitrage opportunities are continuously exhausted, there will inevitably be pressure on the supply of gold coins.

It said consistent supply of the gold coins will hinge on the nature and timeliness of payment by Fidelity Printers and Refiners to artisanal miners who have recently ramped up deliveries following their receipt of US dollars for deliveries.

“The central bank will likely experience in creased pressure on foreign currency reserves to satisfy the demand for gold. If the demand for gold coins is unsatisfied with an equivalent supply, institutional investors may return to the stock market,” the research firm said.

According to the guidelines released by the central bank this week, the RBZ will appoint agents that include authorised dealers, its subsidiaries and foreign banks that will be responsible for selling the gold coins on its behalf.

All sales of the gold coins by the agents will be subject to normal know your customer (KYC) principles in line with international best practice, which include declaration of the source of funds. The gold coins shall be sold at the prevailing international price of gold plus 5% to cover the cost of production and distribution of the coin on a payment versus delivery basis.

The RBZ said agents shall sell the Mosi-oa-Tunya gold coins in both local currency and United States dollars and other tradable or denominated foreign currencies at the willing-buyer willing-seller exchange rate.

Denominated currencies for the purpose of buying gold coins will include the British pound, the euro, Australian dollar, Botswana pula and South African rand. The central bank said domestic buyers, including individuals, may purchase in local or foreign currency.

The RBZ said local banking institutions shall not be allowed to buy the gold coins for their own portfolios up until such a time as the apex bank may grant the permission.