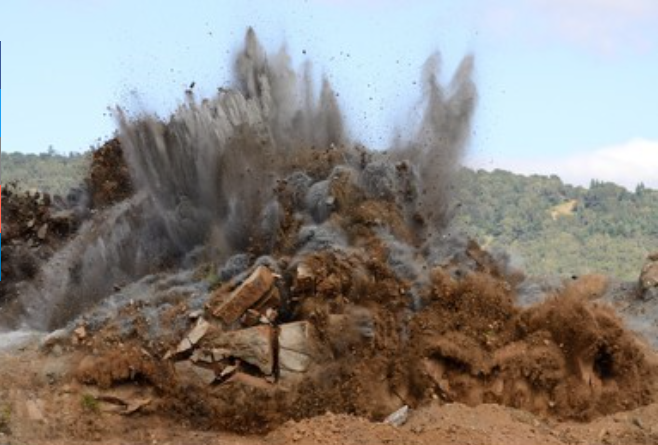 HARARE Quarry (Pvt) Ltd is operating without an environmental impact assessment (EIA) to guide its operations, sparking outrage from residents of Arcadia suburb who are complaining that their houses are being destroyed by the roock blasting.

An EIA weighs the potential environmental, social and health effects of a proposed development, informing developers on the consequences of their a activities.

“Since we started living here, we have been developing strange allergies and colds. So I do not know if it is from the dust or the weather,” says Bianca Boer, a resident whose house is located approximately 500 metres from the quarry.

The Environmental Management Agency (Ema) says the quarry and several other projects across the country established before enactment of the Ema Act of 2002 have been operating without EIAs.

“The project (Harare Quarry) was implemented before enactment of the Environmental Management Act (Chapter 20:27),” says Amkela Sidange, Ema publicity manager. “But, on its enactment, the law provided that such projects produce an environmental management plan (EMP) to ensure that the project is not done in a way that would harm the environment.

“The project in question has an EMP, and made a commitment to put dust suppressant measures, and also prevent fly-rock for the safety of the public. The agency also advised the project to get necessary guidance on vibrations and distance to/or proximity to households from the relevant ministry,” Sidange said.

Despite the company’s EMP obligations, Arcadia residents living close to the project have been reeling under the quarry’s effects, with houses cracking from tremors that are caused by the occasional ore blasts.

In 2021, the company pledged to use water to suppress dust, and to use auto-stemming blasting to minimise noise and vibrations, methods which have proven inadequate.

“An environmental impact assessment (EIA) is better placed to curb environmental degradation because it has the people’s perspective enabling them to make some consultations in regard to their concerns rather than an EMP,” Chidarara said.

He said an EIA also provides for accountability as it takes into account the impacts of the project on the environment and society, and how the mine or project will tackle them.

“You would find that it (EMP) is used in instances where companies are about to be given a licence. For example, under the Electricity Act, companies are given a licence, then they will carry out an EIA later. Prioritising the EIA will give a full picture on the environmental impact of a project before it is carried out.

“There are a lot of gaps should a project start without an EIA, which are inconsistent with the national constitution that provides environmental rights. Failure to give people the right to consult is an environmental violation on its own,” he said.

Engineer Taona Mtungwazi, a community leader in Arcadia, said they have not been consulted to input their views with regards the quarry’s environmental management plan.

“That is a very old quarry,” Engineer Mtungwazi said.

“Nothing has been said. I am not sure about the past, but no recent consultation has been done.”

He said there have not been any plans for compensation since Harare Quarry became a private company.

“There was an attempt (for compensation) when there was the old management. They would give one or two hampers to the families.

“The new one is a bit arrogant. They want to see the end of our struggle with them I think, but obviously the residents will win, there is a whole concensus coming together so we deal with it decisively. We can’t live in fear in our own houses because of people who are not being pragmatic and forward thinking,” said Engineer Mtungwazi.

Govt to mortgage platinum royalties to pay off farmers