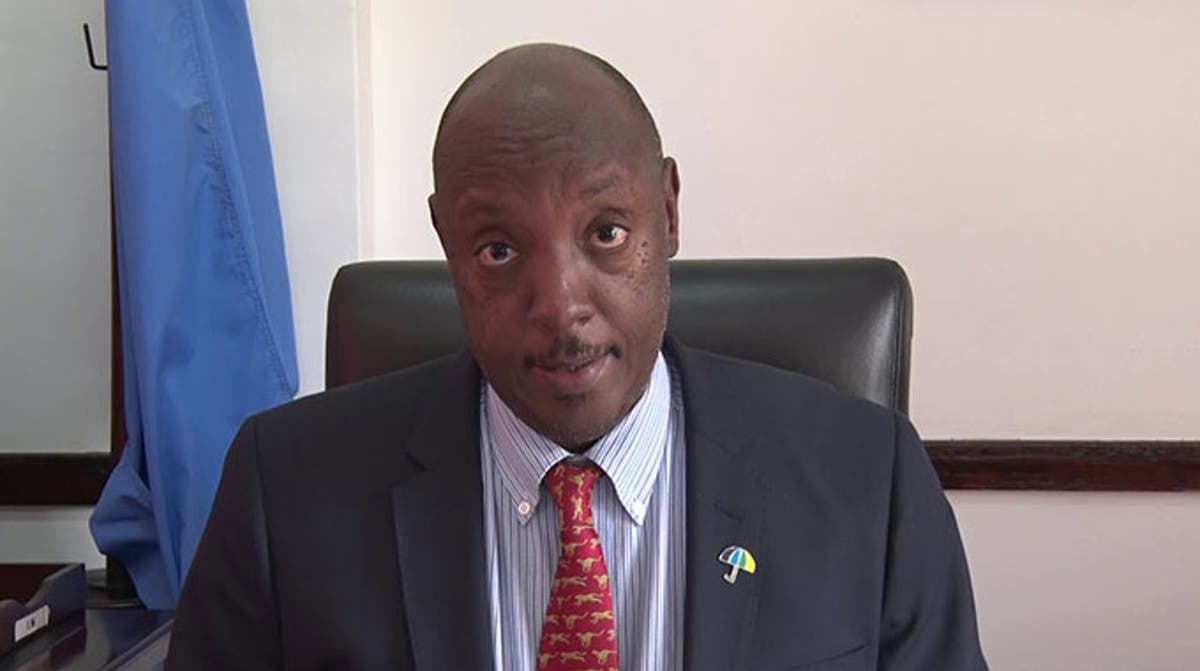 ZIMBABWE has experienced a rapid increase in new Covid-19 infections as well as deaths related to the respiratory ailment. Amidst this pandemic, African states which have lagged behind in vaccine manufacturing are planning to develop homegrown vaccines for the disease and future ones. The NewsHawks Digital Editor Bernard Mpofu (BM) spoke to Dr Alex Gasasira (AG), the World Health Organisation’s country representative for Zimbabwe, on this and other issues. Below are excerpts of the interview:

BM: As an icebreaker, please take us through on the major developments that have happened since Covid-19 was first reported.

So even before the first case was reported in Zimbabwe, Zimbabwe had already started putting in place necessary precautions, preparations to respond to the pandemic so by the time the first case was reported in Zimbabwe (if my memory is correct) on the 20th of March, 2020, a lot of what had been done to prepare by the country to deal with this condition. After that, the cases continued to be reported and continued to go up. We had our first peak around July-August 2020.

That is the time we had the highest number of cases at that time where we saw cases going up and coming down in response to efforts that had been put in place. So again another rise was during the end of the year, beginning around October, slow increase and in November and December we saw rapid increase and January very rapid increase.

We had very high numbers in January, February and then we saw the numbers start coming down again. That sort of represented what we call the second peak or second wave. As numbers kept low because of the actions that everybody else was doing and then we saw a slight increase in April this year. Unfortunately we started seeing numbers growing very very rapidly last month in June 2021 and we have seen the numbers continue to escalate up to now and this is what everybody else is referring to as the third wave.

BM: From where you stand, what have been the major impacts of Covid-19 on Zimbabwe?

In Africa, we know that we are almost having 100 000 lost due to Covidd-19. And in Zimbabwe we have had over 45 000 cases and over 2 000 deaths, so that is really very big impact on individuals, families and communities and countries. So other than having an impact on people’s lives Covid-19 has had an impact on health systems because it stretched health systems really beyond not only in developing countries but also in other countries as we saw.

When the number of patients rises to a certain level, this puts pressure on health systems and when health systems are pressurised, they will not deliver other routine regular health services. So again it has indirect impact on the ability of people to receive care and have their health needs met. It also puts a lot of pressure on economic performance. We have had to have lockdowns.

This has had an adverse impact on the economy to run. This has also had a negative impact on schooling and the education — schools have had to close. Others have had to stay away from schools for prolonged periods of time. So Covid-19 has really had a very disruptive impact on all facets of our lives.

BM: Early this year we saw some African countries like Zimbabwe rolling out their Covid-19 vaccination programmes as part of measures required to fight the condition. We understand that the WHO will assist governments in providing vaccines. Where do we stand now?

AG: Soon after this pandemic started, based on the experience that we have had as the WHO with previous pandemics and large epidemics including HIV and Bird Flu, our experience has been that when new technologies, new vaccines, new drugs, new diagnostics become available, it takes a very long time for these tools to reach the developing world.

So based on that experience, the World Health Organisation gave the Coalition on Epidemic Preparedness and Innovation and Unicef came together, together with the member states to form what is called Covax.

Covax is a platform that aimed to promote the development of Covid-19 vaccines and ensure that when these vaccines became available, they could be equitably distributed to all countries irrespective of the country’s economic status. The aim was to prevent what had happened in the past where it could take 10 years or so many years for new technology and new vaccines to become available to low income countries. So this was the reason why this platform called Covax was established.

As we speak, Covax has supported distribution of close to 100 million doses of Covid-19 across 134 countries across the world. So it was worked to that extent, however we had hoped that a lot more vaccines would have been delivered through this programme.

The Covax has had to face competition from countries buying directly from the manufacturers especially the richer countries were able because they have the financial capacity to really buy large quantities of vaccines for their own domestic use.

So again Covax benefitted a lot from vaccine manufactured in India — you know India is one of the largest vaccine manufacturing countries in the world so a lot of vaccines that initially came into Covax came from India. But unfortunately at some point India has had a huge Covid-19 outbreak in their own country so they prioritised their vaccine production for their domestic use, which is quite understandable.

So a number of doses that have come through Covax and have been distributed are less than what was anticipated at this time. However, the prospects are looking much more brighter as we enter the second half of 2021. A lot of the richer economies are increasingly donating some of the doses they had procured for their own domestic use to Covax and this is now being distributed to lower income countries.

BM: Now let us move on to vaccination manufacturing. Studies show that Africa is quite resourceful in terms of human capital and other resources. In light of this, why is it that the continent has not manufactured its own vaccines?

AG: The manufacture of vaccines is a very delicate industry with high technology which requires a lot of expertise. Indeed, several countries in Africa used to manufacture different types of vaccines decades ago, but because of the level of expertise required and the level of specialisation,  this industry did not take root on a large scale in Africa. It requires a lot of investment.

Vaccine manufacturing is a business, you invest a lot of money, it’s a highly specialised field and you aim to sell your product and recoup the investment that you have made. So, limited technical expertise in our part of the world and limited capital investment are other factors.

And then places like India, which have a large market, have invested a lot in the pharmaceutical industry, in vaccine manufacturing, in drug manufacturing and because they were so competitive they were able to grab a large share of the global market including from Africa.

We have in Africa tended to secure most of our vaccines from India, which is now the largest vaccine manufacturer in the world and also from other parts of the world. So all those factors put us at a disadvantage, however with the lessons that have been learnt in this Covid-19 pandemic, our leaders — both as individual African countries but also through the African Union platform — have recognised that it is much more strategic for us as a continent to manufacture our own vaccines.

So there is a very systematic effort right now together with the World Health Organisation to ensure capacity for local vaccine manufacturing being established in Africa.

A few weeks ago, the Director-General of the World Health Organisation and the President of the Republic of South Africa, announced that a new plant to manufacture Covid-19 vaccines had been launched in South Africa. We are aware that other countries in Africa, other sub-regions in Africa are also at various stages of establishing such capacity so we are very hopeful that by early next year, the picture will be different and we will have vaccine-manufacturing plants at quite advanced stages in our region.

Yes, this has been sparked off by Covid-19, but it is anticipated that these vaccine-manufacturing plants will not be limited to Covid-19 vaccines but will also be capacitated to produce other vaccines that are required in the African region.

BM: How is Zimbabwe’s current response to the third wave of Covid-19? How effective are lockdowns?

AG: The aim of a lockdown to allow the country to develop capacity to respond to the outbreak. We know that a lockdown has very negative impact on livelihoods, on capacity of families, individuals and communities to meet their other needs.

So a lockdown is not in itself a full solution. The solution is for people to understand what they need to do to protect themselves against the infection and to implement those preventive measures. If we were all complying with the preventive measures, we would not be in the situation we are in.

We should not move unless it is absolutely necessary, we should not gather in mass gatherings, we should avoid situations where we are in crowded areas.

We should wear our masks if we have to leave our houses. If we are sick we should separate ourselves from others. If we were all complying with these measures, we would not be seeing the cases go up the way they are right now.

So the government has to balance between lockdown for public health measures as well as to allow economic activity to continue such that people can manage to look after themselves, look after their families and earn a living. So that is the balance that one has to take into account. We are hopeful that the rate of compliance with preventive measure swill increase because that will help the number of cases to come down.