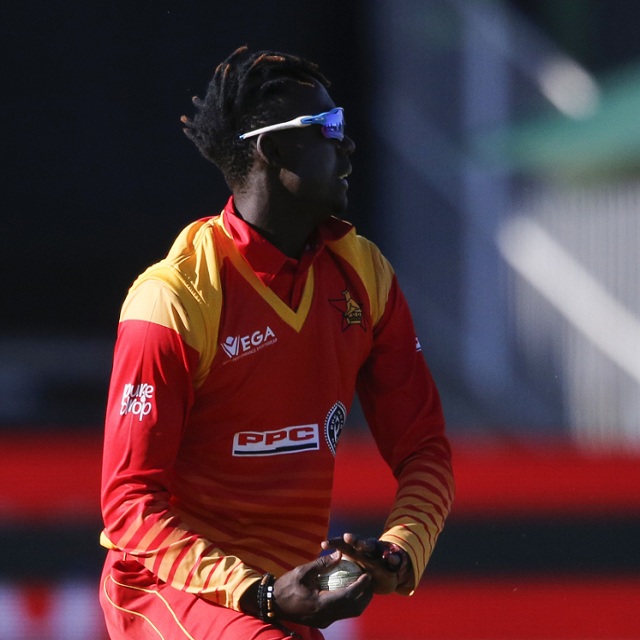 WITH the nucleus of Zimbabwe’s cricket team all now on the wrong side of 30, questions have increased in volume in recent times over the future.

ENOCK MUCHINJO
It is a perfectly justified concern by supporters of a side already significantly depleted by previous circumstances.

By default rather than design, some of those big questions about the future will be answered sooner than we expected when Zimbabwe take on Afghanistan in a historic two-match Test series in Abu Dhabi next month, on a tour of duty that also includes three Twenty20 internationals.

Two talismanic Zimbabwe batsmen Brendan Taylor (35) and Craig Ervine (35), alongside pace spearhead Kyle Jarvis (32), have been left out of the touring party due to illness.

Another absent key man, pacer Tendai Chatara, is slightly younger than the aforementioned, at 29. The right-arm seamer continues to be held back by injuries, having made a brief return to the side on a white-ball tour of Pakistan in November.

These are four players who, fitness permitting, would have certainly been in the line-up for Zimbabwe, a luxury the African side can ill-afford.

The opponent this time around for Zimbabwe is an unfamiliar foe for Sean Williams’ men in the longer format of the game, a tricky new Test nation with an assorted attack of spin bowlers who will enjoy the slow surfaces on offer in the United Arab Emirates.

Getting to grips with the conditions of the Sheikh Zayed Stadium in Abu Dhabi will be key for the two teams and while both will find the wickets to be a haven for the spinners, the tracks can also offer a fair amount of pace.

For Zimbabwe, it is a scenario likely to pose a challenge on two fronts, bowling-wise. Firstly, in this instance, is the absence of an experienced spinner to fully exploit the turning pitches of the UAE.

But the re-call of the 23-year-old leggie Brandon Mavuta (pictured) brings a stir of excitement to Zimbabwe’s spin attack.

Mavuta had a dream Test debut away to Bangladesh at the end of 2019, his second innings figures of 4-21 in the first tie helping Zimbabwe seal a workmanlike 151-run victory in Sylhet, a rare win abroad for the African side.

The former Zimbabwe Under-19 captain was however markedly less effective in the second Test in Dhaka, where he was wicketless. The Bangladeshi batsmen played Mavuta with ease on this occasion and particularly targeted his bowling in the Asians’ 218-run win to draw the series.

It came as something of a surprise, though, that the selectors were quick to cast aside Mavuta, sidelining the gifted newcomer from Kadoma for all three Tests played by Zimbabwe thereafter.

Mavuta now has the chance on this tour to make good on his early promise, the more so given his known abilities as a genuine turner of the ball.

It is not only the spin bowling department that will leave Zimbabwe’s coaching staff scratching their heads ahead of this maiden Test contest between these two countries.

Jarvis and Chatara’s absence deprive Zimbabwe of the firepower required upfront, a cause for major concern when you consider that these two, potentially the quickest around, are not bowlers of express pace themselves.

Good pace gives you a psychological edge, on one hand. On the other, the ball is going to reverse in Test cricket and bowlers must cash in to give their team a fighting chance. The lack of bowling personnel able to extract a level of reverse swing is glaring in the Zimbabwe side.

On the batting front, 20-year-old prodigy Wessly Madhevere’s introduction to Test cricket is unquestionably something that is being looked forward to with great anticipation in this country.

Madhevere, who has started his international career with strikingly consistent performances in limited-overs cricket, is a serious prospect for Zimbabwe.

The emerging all-rounder, who comes from Chitungwiza, is a symbol of the Zimbabwean team’s future and testimony to the reservoir of talent waiting to be tapped in some of the nation’s most overlooked areas.

How befitting it is for Madhevere to make his pinnacle-format debut alongside other exciting young teammates, and against a new Test-playing nation.

Sports lovers across the world will obviously be taking a large chunk of their attention elsewhere during this contest in Abu Dhabi, but for Zimbabwe, this is a critically important occasion that will provide us a glimpse into the future.

HawkZone: It cannot be business as usual with our football from here on