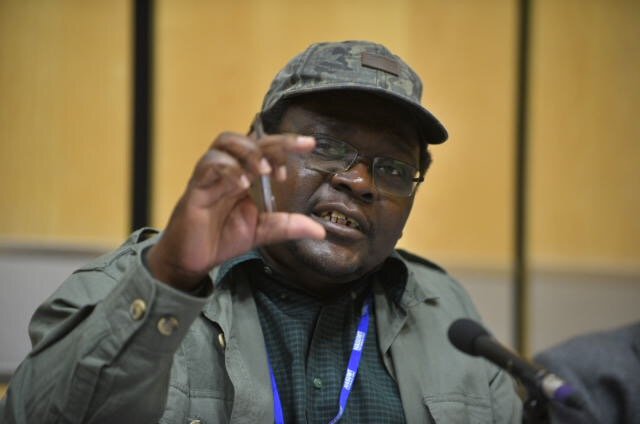 HURUNGWE — AROUND 4pm on 25 August Zanorashe Isaac Musiiwa, a teacher at St Michael’s Primary School in Kondo village, about seven kilometres from Karoi town, went to his nearby garden, leaving behind his two children aged five and six.

He was happy to fend for his children through gardening, thereby supplementing his meager salary.

Musiiwa never thought it was the last time he would see his little angels as they were to perish in a vicious fire.

The minors were burnt beyond recognition after a farmhouse Musiiwa was sharing with two other teachers was engulfed by fire, which was started by some villagers who were making fireguards around their gardens.

The villagers failed to control the fire, resulting in it spreading rapidly, ultimately burning the farmhouse and claiming the lives of the minors.

The deceased Grace (five) and Polite (six) were killed despite efforts by teachers and villagers to put out the fire.

Musiiwa’s wife Prisca Chimunhu (34) had minor burns on the palm as she battled in vain to save her children.

The Musiiwa family lost all their property in the fire.

Besides the Musiiwa family’s tragic fate, two other teachers, Joseph Mazarura and Levison Chenjerai, lost all their belongings including certificates, clothes and all valuables.

The three were now sharing an old grass-thatched farmhouse with their families.
Teachers’ unions say the death of the minors highlights the neglect that teachers have endured over the years.

“This is a very unfortunate tragedy. We urge government to build good accommodation at schools befitting the dignity of teachers, let alone to pay them well so that they can as well find alternative good accommodation. The tragedy must be put squarely on the government that treats teachers in a servitude and degrading manner as in this case,” Zhou said in a written statement.

He revealed that many teachers in resettlement areas and rural areas are forced by tough circumstances to share accommodation.

“Teachers are suffering in silence as they do not have adequate accommodation where in some cases 11 teachers stay in a three bed-roomed house and use bush toilets. This is unacceptable yet we have an employer who claims to be a listening servant to citizens,’’ said Zhou.

“Most of the schools are operating with dilapidated and makeshift infrastructure which has resulted in serious negative effects on the conditions of service of our teachers and the welfare of learners. The loss of life due to a veld fire at St Michael’s School is an indication of the state of affairs that cannot be wished away. Rural teachers have had the worst experience in terms of accommodation. In some schools teachers use old farm fowl runs as accommodation and in worst cases teachers rent accommodation from villagers. This is unacceptable for a professional like a teacher.”

The teachers’ plight has caught the attention of parliamentarians. The Priscilla Misihairabwi-Mushonga-chaired Parliamentary Portfolio Committee on Primary and Secondary Education last week called on the government to take action.

Ironically, the committee’s presentation was debated in the august House the same week that disaster struck the Karoi teachers.

Contributing during parliamentary debate, Magwegwe legislator Anele Ndebele said: “Hon Speaker, I need to indicate at the outset that this Parliament has power to immediately request the minister of Finance and Economic Development to review the budget in order to cushion teachers financially.  Our teachers have become a laughing stock in the region. Our teachers’ colleges and universities produce the best teachers in the region, but because of their poor remuneration, our teachers have become a laughing stock.  Everyone and even garden boys now peg their remuneration against that of teachers.

He suggested that there be an extra payment to teachers as relief.

‘‘I totally and unreservedly agree with the committee that over and above what we are paying our teachers in RTGS, compensation of US$200 must be made immediately to our teachers. Our teachers have become vulnerable and they cannot even afford to send their children to the same schools in which they teach. Let me underline the fact that Members of Parliament must desist from clouding the issue of remuneration with an alternative of non-financial incentives,’’ said the legislator.
Cheated Takavafira also expressed concern that teachers have been cheated by the government over housing schemes since Independence.