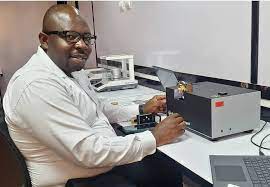 ZIMBABWEANS in Afghanistan are anxious over their safety, while others, including Clever Sithole, an engineer heading a gemstones centre, have fled, fearing for their lives after the Taliban took over control of the country.

Just a fortnight ago, Sithole spoke to The NewsHawks on his journey and how he ended up as the head gemologist at a United States Agency for International Development (USAID)-funded gemstone processing project in Afghanistan.

He has now fled the country via Dubai to London, with only a laptop and a satchel on his back.

The Taliban this week seized power two weeks before the United States was set to complete its troop withdrawal after a costly two-decade war.

Some Zimbabweans in Afghanistan told The NewsHawks that they were not ready and not in the right space to talk about what they were going through.

Those who once lived in Afghanistan and are still in touch with some nationals still in the country said Zimbabweans may have to wait for the resumption of commercial flights to “flee” the South Asian country as they might not receive assistance from their government.

“I left Afghanistan two days before the Taliban takeover on 12 August, but so many of my colleagues are still there. Most Zimbabweans are in humanitarian work, and there are also a number of nurses, teachers and doctors,” a person who preferred to be identified as The Economic Refugee, said.

“We have a WhatsApp group with some people in Kabul and some are anxious on how this will pan out. Some are waiting for commercial flights to resume so that they can make their way out and maybe work from home, for those who can, while contemplating the next move. For Zimbabweans, however, there is no embassy in Afghanistan, the nearest would be in Dubai or New Delhi.

“Some are in highly safe locations. Those who work for agencies are being protected by their organisations in safe spaces like bunkers. But the ones who work for private companies are looking for alternatives. The humanitarian workers will also have to provide assistance to a lot of displaced citizens.”

He said although the Taliban has given assurances that it would let humanitarian work continue and not harm anyone, most people were unsure what would happen when it has entrenched itself in power.

According to another former resident, Maxwell Saungweme, Afghanistan is home to thousands of Zimbabweans who are working in various fields that include international development work, humanitarian work, peace building, as well as private security services.

“Zimbabweans in Afghanistan have to depend on their organisations to be evacuated. The Zimbabwe government is not known for its capacity to evacuate citizens from places that are so far afield,” he said.

“For Zimbabweans, the option is to get out of Afghanistan, travel to Dubai or New Delhi and try to connect with Zimbabwe’s consulates there. Their organisations can’t take them back to Zimbabwe.”

He said most Zimbabweans found themselves there in pursuit of their professions and are mostly staying alone, with their families back in Zimbabwe or other countries they call home.

“Being blacks in Afghanistan makes it easy for black Zimbabweans to be misconstrued as Americans at first sight, but as locals speak to you and understand that you are Zimbabwean, the attitude changes. Afghans have no ill-feelings about Zimbabweans at all and Zimbabweans are highly respected as very professional there. But being a very insecure country and now with the Taliban takeover, stress and hardship are compounded,” Saungweme said.

“Every Zimbabwean who has worked in that country speaks of the great hospitality from Afghans. They are a beautiful and peace-loving people suffering from consequences of geopolitical turf wars and proxy actor interference in that country’s affairs. Like Zimbabwe, the country is endowed with vast mineral wealth and great heritage sites, which naturally attract proxy and geopolitical actors.”

Ministry of Foreign Affairs spokesperson Constance Chemwayi said, “The ministry of Foreign Affairs and International Trade does not have the exact numbers of our nationals in Afghanistan at the moment, but we are aware that there were some Zimbabweans working there. We take this opportunity to encourage all Zimbabweans in Afghanistan to get in touch with our embassy in Tehran, Iran or any of our embassies worldwide that are easily reachable to them.”

“Yes, we have assisted a few nationals that reached out to our embassy in New Dehli, India. We are happy to report that they were safely evacuated from Kabul.”

“The ministry is ready to extend consular services to our nationals in distress in Afghanistan.”

Meanwhile, a man who claimed to be Zimbabwe’s former defence attaché to Afghanistan, James Mudzivare, threatened to “come after” this reporter for reaching out to Zimbabweans in Afghanistan. Mudzivare, who is in Zimbabwe, called the reporter on Wednesday night shouting at her and asking why she was interested in the story and contacting people in bunkers.

Zimbabwe Defence Forces public relations director Colonel Teddy Ndlovu said a report should be made to the police.

“Report the person to the police and investigations can start from there. If a person threatens anyone, it would be best to report the matter to the police,” Ndlovu said.

Rolls-Royce belongs to me, not Sean Mnangagwa — Boka’s son