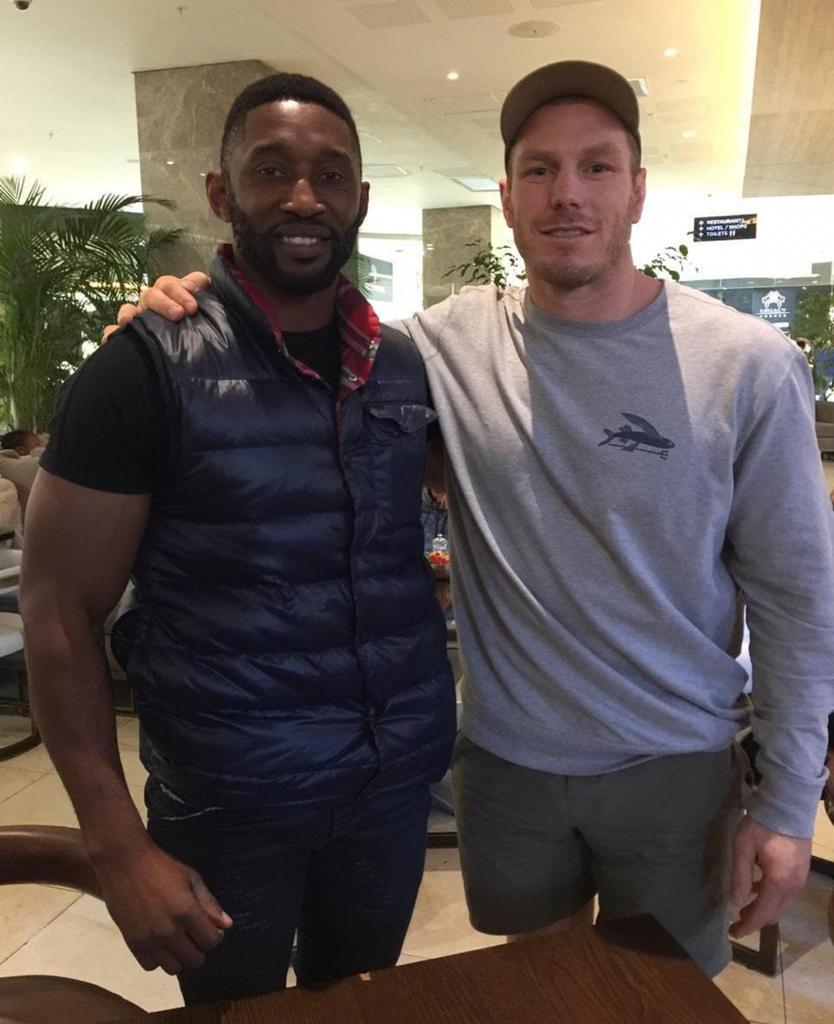 FORMER Springboks winger Tonderai Chavhanga has led a wave of local tributes following the poll victory of fellow expatriate Zimbabwean rugby superstar David Pocock, who was elected to the Australian Senate this week in a historic result for the Wallabies legend.

The 34-year-old former Australia captain becomes the ACT’s first independent Senator after unseating Liberal Zed Seselja, meaning that the region will not have a Liberal representative at a federal level for the first time since 1975.

Gweru-raised Pocock was aged 15 when his family migrated to Australia in the early 2000s after their farm in the Zimbabwean Midlands was acquired by the government for redistribution. But the ex-Wallaby maestro still returns regularly to Zimbabwe, where he is dedicated to his charity work with the sick and poor in addition to resuscitating his ageing grandfather’s citrus farm in Beitbridge.

This hard-work has won him plaudits from Chavhanga who, like Pocock, left Zimbabwe as a teenager and ended up playing rugby for one of the best international teams in the world.

“It’s really not a surprise that he has won the election, the guy is a phenomenal human being,” Chavhanga told The NewsHawks this week.

“He is really a man for the people, very kind-hearted gentle soul. But also a lion. When you look at how he left Zim, the circumstances that his family left Zim, yet he still actually had it in him to spend a significant amount of time and resources, giving back not only to their farm in Beitbridge, but to the community. Without making a fuss about it, without telling anyone about it.”

Chavhanga has tipped Pocock to make a success of his switch to politics after retiring from all forms of rugby in 2020.

“Dave is a great guy, yes he is an Australian Senator now, but he is a real Zimbabwean and very proud of his Zimbabwean heritage,” commented Chavhanga.

“I have no doubt that the same way he was successful through hard work, tenacity, and just the sort of willingness to learn and serve his teammates, is really going to carry him into a great policymaker, a great Senator in Australia. I’m sure this is just the beginning of his political career. I’m sure he is going to do amazing work, so I wish him all the very best.”

38-year-old Chavhanga, who played four Test matches for South Africa between 2005 and 2008, shares mutual respect with Pocock. The two played against each other in the old Super Rugby competition back in the days.

Featuring for SARugbyMag in 2019, Chavhanga included Pocock in his Fantasy XV, made up of the best players he played with and against. Picking Pocock at open-side flank, he remarked: “With Dave it is ‘your ball is my ball’ at the breakdown. He is such a machine.”

And then in 2020, it was Pocock’s turn to reciprocate the praises.

“I’m delighted to hear about David Pocock’s election to the Australian Senate and congratulations to him,” Coltart remarked to The NewsHawks.

“He has used his illustrious rugby career as a springboard for public service. Politics in some respects is much harder than sport because by its very nature, it is divisive whereas sport can unite a nation. So my hope is that David will bring a new freshness and integrity to politics in Australia. I also hope that he will use his new status to raise human rights issues concerning his birthplace. Australia does not pay much attention to Zimbabwe and so my hope is that David will change this and work to forge closer ties between the peoples of Zimbabwe and Australia.”

While describing as “bittersweet” Pocock’s rugby achievements with his adopted country instead of Zimbabwe, Coltart praised him for an illustrious career which saw the tenacious flanker, in his prime, become one of the finest rugby players in the world.

“Of course this is a bittersweet moment as has been David’s entire rugby career,” added Coltart.

“Whilst we have taken great pride in his superb achievements, there remains deep sadness that his talent was never used to build Zimbabwe rugby and now our political system. This is no criticism of David as he had no say in his parents’ decision to move to Australia, which in itself was entirely understandable given the horrendous manner in which they were treated by the Zanu-PF regime. My hope is that David will keep his birthplace in the forefront of his agenda in the Senate, and that he might play a role to assist Zimbabwe become a democratic state worthy of admission to the Commonwealth again.”