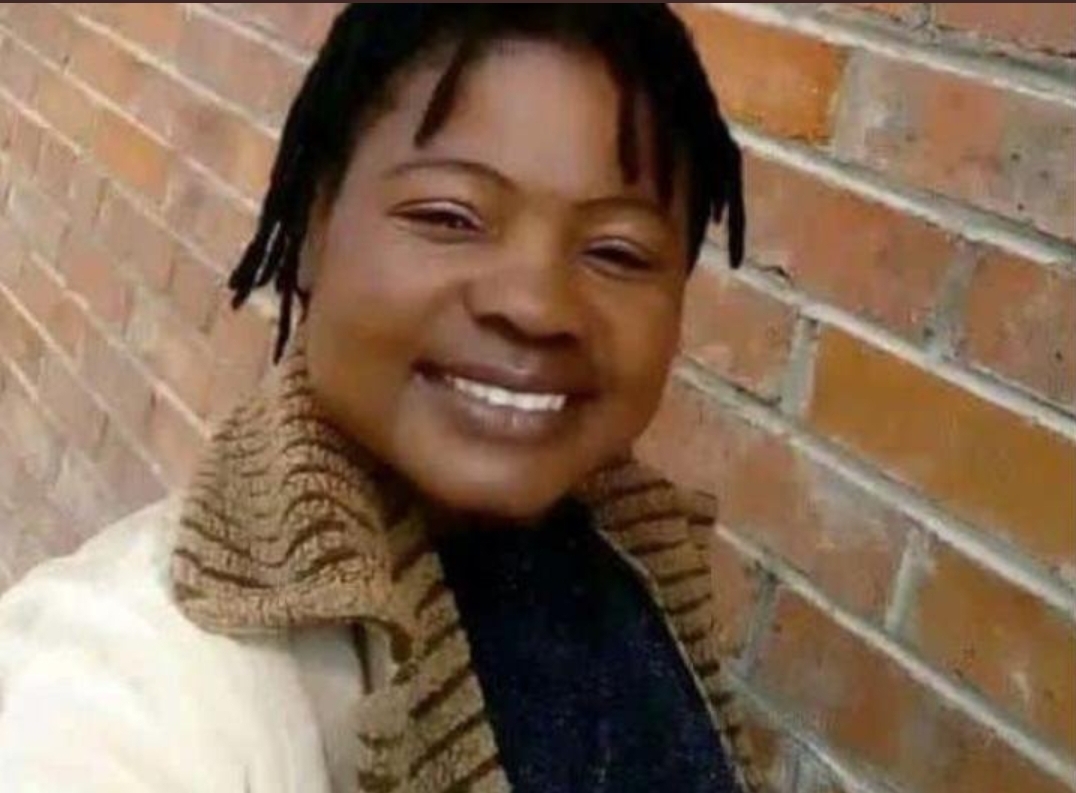 MOREBLESSING Ali (pictured) was found dead last weekend. Her body was dumped in a well in Nyatsime in Mashonaland East province.

An eerie cloud of premeditated viciousness and horror hovers ominously over the Ali family and the nation. The trauma is real and unimaginable, what her children are enduring, what she went through – the brutal manner she was murdered – it is all horrific.

The story of this single mother, a fighter for democracy, for many years, she gave all she had, now her life too.

What next for her children?

As political temperatures rise ahead of the 2023 general elections, women and children are the most vulnerable. The killing of Ali is a case in point.

The regime’s strategy is to increase the cost of popular civic defiance and resistance. Hence why many in the women’s movement cannot take the risk, speak out for Ali, demand justice, but would rather see no evil, hear no evil and speak no evil – it is shameful.

By default, their silence makes them regime enablers.

As Desmond Tutu said: “If you are neutral in situations of injustice, you have chosen the side of the oppressor. If an elephant has its foot on the tail of a mouse and you say that you are neutral, the mouse will not appreciate your neutrality”.

I will talk more on this one day.

Having worked with the Alis from the founding of the MDC back then in 1999, this murder should not be dismissed as a random attack, but rather a well-calculated one.

It is a foregone conclusion that in horrible conflict situations, currently prevailing in Zimbabwe, women suffer more as targets, they suffer disproportionately to their male counterparts.

Because Zimbabweans tend to have a short memory span, this tragic event will soon be off the radar and Ali forgotten and her children too. A footnote in history.

Political vultures who will milk this situation for all its worth – then boom vanish.

The regime has a well-calculated horrible strategy to break one’s resolve. To create fear in the community, with word travelling “you see what they have done to Moreblessing and her children, don’t get involved”.

A coldly calculated political outrage, which totally disregards the important role of the police who should be enforcing the law, protecting citizens, who include Ali.

But, no, they are just as complicit.

Cursed is the hand that wrote the unsavoury police statement that was meant to slut shame Ali, with the view to justifying her murder and exonerate her politically connected killers.

But then again the buck stops with President Emmerson Mnangagwa and his government; he is getting dangerously paranoid and lashing out in all directions.

The regime has gone back to its factory or default settings: arbitrary arrests, torture, killings characterise the relentless campaign against citizens by the military-backed regime – its modus operandi each time it is cornered.

The inviolability of the church violated, only this week preachers and congregants who had gathered to pray for Zimbabwe, were besieged and arrested.

Zimbabweans are under siege. Opposition activists, MPs, lawyers, journalists, civil society role players and ordinary people being hounded in their own homes and country.

The fate that befell Ali has befallen many others before her.

Opposition Citizens’ Coalition for Change MPs Job Sikhala and Godfrey Sithole have been arrested over Ali’s murder aftermath. Instead of arresting the killers, police first arraigned the MPs, accusing them of causing political violence that followed the discovery of Ali’s body.

As I write they are in police custody.

The alleged killer, Pius Jamba, was only arrested after a long time when police released a statement insinuating the murder was a domestic affair or crime of passion, as if that makes it any less gruesome and criminal. They have insisted there is no political link to the killing even before they complete the investigation.

Even the clergy have been under attack.

In a scene again reminiscent of 11 March 2007, a witness told journalists: “They just started beating up everyone without explanation before they arrested Bishop Magaya.”

An astute Bishop Ancelimo Magaya of Zimbabwe Divine Destiny was able to quickly alert the world of the danger that had befallen them while praying, he took to social media a shrill cry of anguish, saying “I have been arrested for praying for my country”.

All this too shall come to an end.

We go back to the Gambia, the fate that has befallen another dictator Yahya Jammeh,  their sins while in office, surely always catch up with them, and I hope as Mnangagwa sits today at his Precabe Farm in Kwekwe, he is conscious of the fact that this too will end and he will be held to account for some of these atrocities.

He has to fully understand the consequences of his actions while in office, they will haunt him later and his family for generations to come. Some people have even spoken of ngozi – avenging spirits haunting the perpetrators of violence and killings.

It will end in tears.

Jammeh could run into exile, but not hide. His crimes against humanity committed while in office still haunt him. Gambians want justice for those mercilessly killed, tortured and raped during the time he was in office.

The legal process  is ongoing for Jammeh to be prosecuted from Equatorial Guinea where he fled to after losing the 2017 elections.

“Laws still have to be enacted, a court has to be established, cases have to be prepared, and Yahya Jammeh has to be brought into custody,” Reed Brody of the International Commission of Jurists, who is working with Jammeh’s victims, told journalists.

Furthermore, not even Jammeh’s massive wealth could shield him, money laundered to buy mansions is being unearthed, with the recent seizure of a US$3 million mansion in Maryland, the United States. The mansion is to be sold, the money used to compensate victims of Jammeh’s despotic rule. Over a hundred bank accounts have also been identified.

In sad times such as these, as we relive traumatic experiences, tears flow, it is painful, it hurts, but we look at those who have found victory before us, for consolation, that one day Zimbabweans will be free and get justice.

About the writer: Grace Kwinjeh is a Zimbabwean journalist and can be contacted on: [email protected]