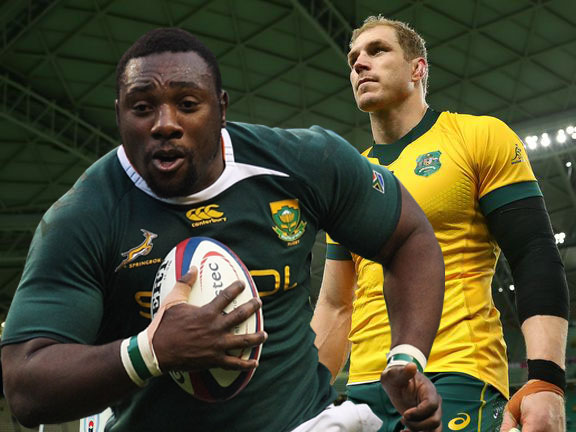 TENDAI “Beast” Mtawarira and David Pocock, both Zimbabwean-born players, have been named in World Rugby’s Team of the Decade as part of the World Rugby Awards held on Monday evening.

2019 World Cup-winner Mtawarira, a Springbok legend who earned 117 Tests for South Africa before retiring from international rugby late last year, hails from Harare, where he learnt the sport at Churchill Boys School before receiving a scholarship to Peterhouse College – a private school 72-km east of the Zimbabwean capital.

Mtawarira, 35, was a loose-head prop in his glittering Springboks career, having initially started off as an eighthman back home in Zimbabwe.

Pocock, an iconic loose forward for Australia in his playing career, was born in the Zimbabwean city of Gweru and left the country as a teenager.

The former Wallabies captain this year called time on his professional rugby career after 15 years. The 32-year-old had earlier retired from international rugby after 78 Tests following the World Cup last year.

Mtawarira and Pocock have professed an undying love for their country of birth, where they are both involved in charity work.

Mtawarira runs a foundation aimed at introducing rugby to rural areas in Zimbabwe while Pocock is a staunch campaigner for conservation causes across Africa.

Related Topics:David PocockRugbyTendai Mtawarira
Up Next

Mission to nurture the ‘West Indies’ of Africa