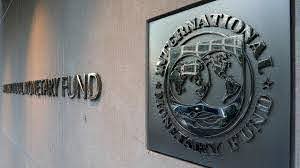 ZIMBABWE, reeling under a protracted liquidity crunch and in dire straits, is expected to get 800 million Special Drawings Rights (SDR) – about US$1.1 billion – from the International Monetary Fund (IMF)’s new US$650 billion economic rescue package for the global economy ravaged by the Covid-19 pandemic.

The bailout – the biggest SDR package in history – will boost liquidity for struggling countries, without adding to debt burdens. Zimbabwe badly needs that.

IMF managing director Kristalina Georgieva is set to table the fresh US$650 billion proposal before the fund’s executive board meeting in June for final approval. Member states have already approved the package, making the board meeting a mere formality.

A detailed plan will then be developed before disbursements, which could start in August.

An IMF source in Harare told The NewsHawks this week that Zimbabwe, which has not received normal funding from the lender since 1999, will get a lifeline from this huge windfall.

“The IMF managing director has been clear on this issue: US$650 billion will be availed

soon to all 191 member states of the fund. This is different from the US$250 billion provided for Covid-19 and economic stabilisation last year from which poor nations in arrears like Zimbabwe were not eligible,” the source said.

“In this case, all member countries who are part of the IMF SDR arrangement, including Zimbabwe, will benefit. Zimbabwe will get 800 million in SDRs and at the current exchange rate of SDR1: US$1.43, this means it will receive US$1.1 billion. The money is expected to come after the June board meeting that will give final approval to the package.”

The SDR is an international reserve asset, created by the IMF in 1969 to supplement its member countries’ official reserves. So far, SDR 204.2 billion (equivalent to about US$293 billion) have been allocated to members, including SDR 182.6 billion (US$250 billion) allocated in 2009 in the wake of the global financial crisis.

The value of the SDR is based on a basket of five currencies — the US dollar, the euro, the Chinese renminbi, the Japanese yen and the British pound sterling.

US$1.1 billion will be a huge bonanza for Zimbabwe which has been struggling for years to pay off arrears to international financial institutions (IFIs) – the IMF, World Bank and African Development Bank (AfDB) – to secure US$2 billion in new funding.

The doomed Lima Plan was about that, but Zimbabwe only managed to pay the IMF US$107.9 million in arrears, although IFIs demand that their arrears be paid simultaneously – the pari passu rule.

Ditched by IFIs for defaulting on arrears since 1999, Zimbabwe still owes US$7.66 billion to various creditors, including the World Bank, European Investment Bank, the Paris Club and AfDB.

The US$1.1 billion bailout will thus come in handy for the broke Zimbabwean government.

However, there are concerns governance and accountability could take a back seat during the Covid-19 crisis, especially in corrupt states like Zimbabwe which have been rocked by serious Covid-19-related corruption scandals. Guidelines on the utilisation of SDRs are being developed.

The global lender-of-last-resort still wants to release huge funding to help Africa cope with the coronavirus pandemic. Unemployment, poverty and national debt have risen dramatically in many countries on the continent, including Zimbabwe.

This will not be the first time Zimbabwe is getting a windfall from the IMF. In 2009, it got US$500 million, which was part of a US$250 billion bailout, in SDRs in the aftermath of the global financial crisis which triggered an economic meltdown in vast swathes of the world economy.

Georgieva and her board are the last step in the process before money is released.

Members states have already approved the package, making the board meeting a formality.

An IMF source in Harare told The NewsHawks this week Georgieva was keen to push through the process to ensure a US$650 billion increase in reserves, the largest in the fund’s history.

The move will provide badly needed reserves for poor countries struggling with economic turbulence and deep recessions fuelled by the Covid-19 pandemic. The money is also needed to buy millions of doses of vaccines to fight the virus.

By comparison, to combat the global recession that followed the 2008 financial crisis, the IMF shelled out US$250 billion in SDRs.

Last year, the IMF provided US$250 billion, a quarter of its US$1 trillion lending capacity, available to member countries. As part of the Covid-19-related rapid arrangements, borrowing countries committed to undertake governance measures to promote accountable and transparent use of these resources.

United States Treasury secretary Janet Yellen told the IMF panel recently that the SDR increase would provide a “much-needed boost to global reserves”. She said it would be important for rich countries who do not need the increase in resources to supply that extra support to poorer nations.

The idea of increasing IMF reserves gained support when US President Joe Biden’s administration endorsed the plan in February, marking a reversal from the Donald Trump government’s position which had opposed the effort.

Republican lawmakers in Congress have raised objections to the increase in IMF resources, saying the hike would benefit countries seen as US adversaries such as China, Russia and Iran, among others.

Zimbabwe, which is under US financial restrictions, is considered a pariah state in America. It was previously branded an “outpost of tyranny” by former president George Bush.

Georgieva, a Harvard-trained Bulgarian economist, recently issued a statement after an informal meeting of the IMF board.

“I am very encouraged by initial discussions on a possible SDR allocation of US$650 billion. By addressing the long-term global need for reserve assets, a new SDR allocation would benefit all our member countries and support the global recovery from the Covid-19 crisis. It would also be a powerful signal of the IMF membership’s determination to do everything possible to overcome the worst recession since the Great Depression,” the IMF said.

“To this end, executive directors conveyed broad support among fund members for IMF staff to formulate a proposal for a new SDR allocation equivalent to US$650 billion to provide additional liquidity to the global economic system by supplementing the reserve assets of the fund’s 190 member countries.

“I intend to present by June a formal proposal to the executive board to consider a new allocation of US$650 billion, based on an assessment of IMF member countries’ long-term global reserve needs, and consistent with the Articles of Agreement and the IMF’s mandate. IMF staff will develop new measures to enhance transparency and accountability in the use of SDRs, while preserving the reserve asset characteristic of the SDR. In parallel, staff would also explore options for members with strong financial positions to reallocate SDRs to support vulnerable and low-income countries.

“If approved, a new allocation of SDRs would add a substantial, direct liquidity boost to countries, without adding to debt burdens. It would also free up badly needed resources for member countries to help fight the pandemic, including to support vaccination programs and other urgent measures. And it would complement the range of tools deployed by the IMF to support our membership in this time of crisis.”

In Georgieva’s words: “If approved, a new allocation of SDRs would add a substantial, direct liquidity boost to countries, without adding to debt burdens. It would also free up badly needed resources for member countries to help fight the pandemic, including to support vaccination programmes and other urgent measures. And it would complement the range of tools deployed by the IMF to support our membership in this time of crisis.”