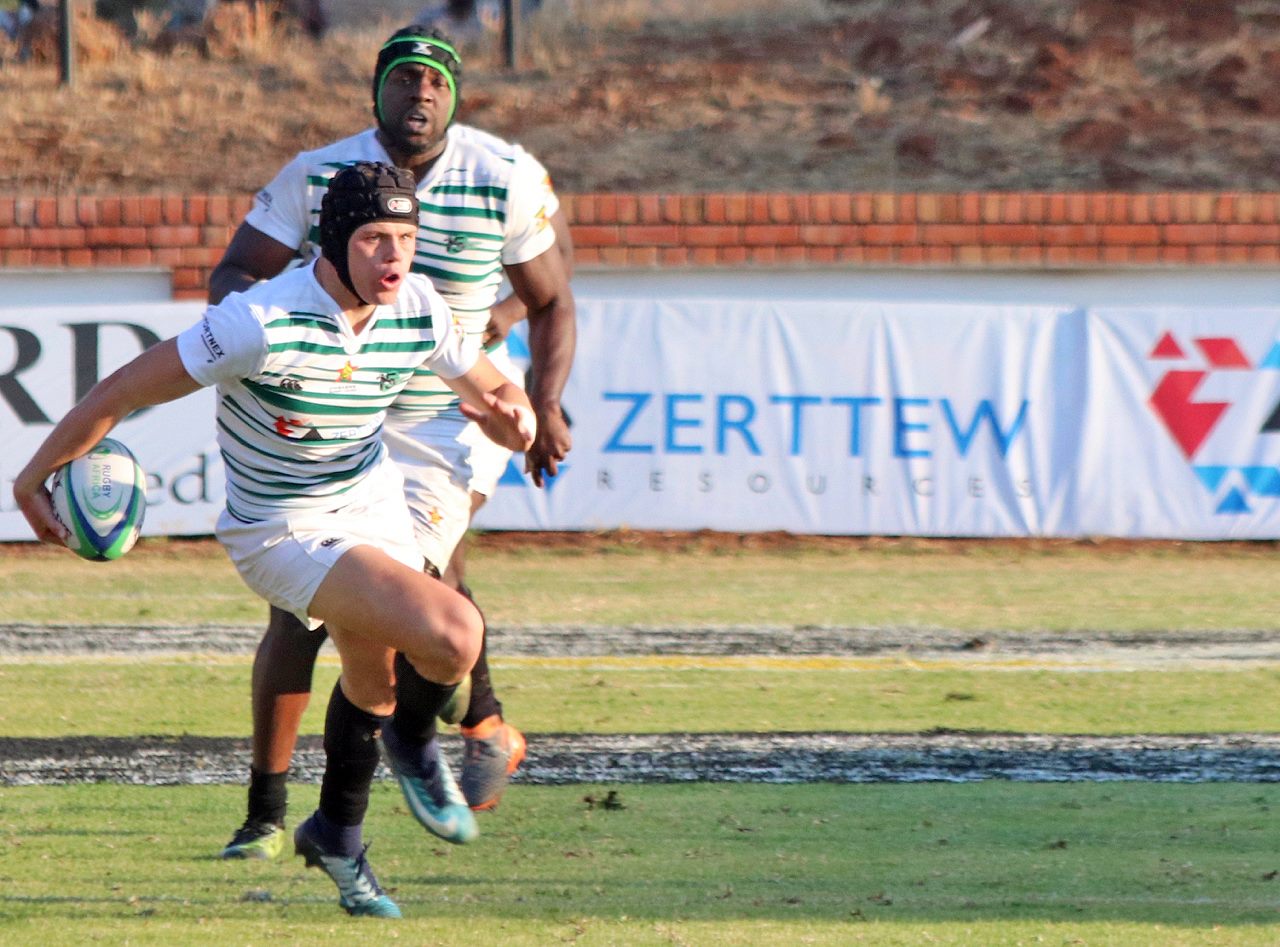 BACKS Matthew MacNab and Shingi Katsvere, both based in Europe, are the newest players to join for the remainder of the Currie Cup, as Zimbabwe looks to recover from the reality check of last week’s 48-0 hiding by SWD Eagles.

Both new arrivals start against Leopards at Athlone Stadium in Cape Town this Saturday. England-based MacNab, who studies at Hartpury College, one of the best rugby-playing British universities, gets the nod at outside-centre. Katsvere, an instant hit in Spain’s top-flight rugby league last season, makes the starting line-up at left-wing.

The Zimbabweans began their Currie Cup First Division campaign modestly targeting at least two wins, so three wins before last week’s hammering by Eagles had raised hopes of qualifying for the World Cup.

Being brought down to earth by the men from the Western Cape last Sunday, nearly going down by half a century of points without reply, has therefore sent head coach Brendan Dawson and his backroom staff back to the drawing board ahead of World Cup qualifiers in France at the end of June.

In other team news, regular Zimbabwe captain Hilton Mudariki gets rested for the Leopards clash, his position in the number 9 shirt going to Kyle Galloway.

Meanwhile, after the all-Zimbabwe Under-20s’ back-three was heavily exposed by SWD last weekend, Dawson has decided to mix things up a little bit this week.

The Young Sable Tawanda Matipano is the only one to retain his position there, in the number 15 jersey, to command a back-three involving the experienced Katsvere at left wing and France-based Shayne Makombe on the right wing.

This could prove to be the x-factor against Leopards as the Zimbabweans seek early answers to a performance that has raised serious questions over the team’s readiness to qualify for its first World Cup since 1991.

Another youngster, captain of Zimbabwe’s Africa Cup-winning Under-20s, Taku Musungwini, continues to get the coach’s faith at flyhalf, indication that the former Prince Edward School maestro might have been identified as a potential regular option in the number 10 position for the Sables.

In the forwards, prop Gabriel Sipapate, who was removed from the initial starting line-up last week after arriving from Spain, gains fitness but only starts from the bench.

Related Topics:RugbyZimbabwe Currie Cup
Up Next

We don’t know what to call it now, a new newest low?

What next for Zimbabwean football?