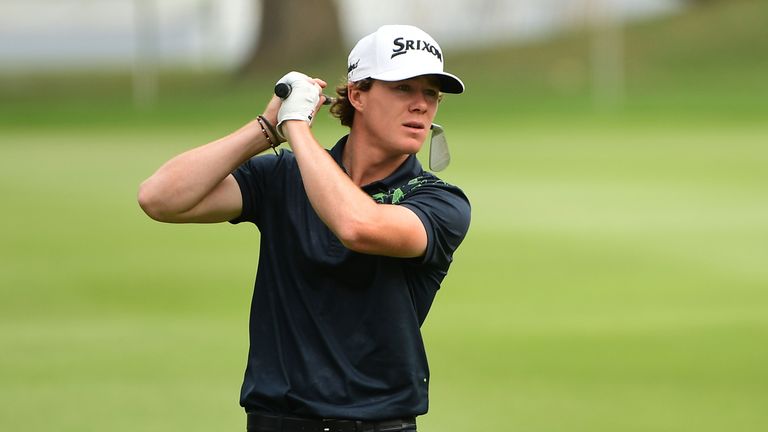 DUBAI – Zimbabwean-born Sean Crocker (pictured) holds a top-20 position in the Dubai Championship at the Jumeirah Club by the close of Day Two. He scored a six under 66 to add to his 68 from Wednesday.

However, several other players also managed excellent scores, 24-year-old Crocker’s 10-under being equalled by seven others in joint 11th. The leader is England’s Andy Sullivan at an amazing 17 under par for 36 holes. Yet he is only three ahead of compatriot Ross Fisher.

The family, originally from Bulawayo, moved to California when young Sean was aged five.

Meanwhile, the South African Open has begun at Sun City. This tournament goes back to the 19th century and is the second oldest national open in the world following the first at Prestwick, England over 36 holes. Previous SA Opens have included Nick Price, Mark McNulty, Denis Hutchinson and Teddy Webber—all from Zimbabwe. The first winner of this event was Laurence Waters, who was the very first professional to be appointed by Royal Salisbury (now Royal Harare).–Staff Writer

Chibhabha: The bubble ‘a prison with better condition’