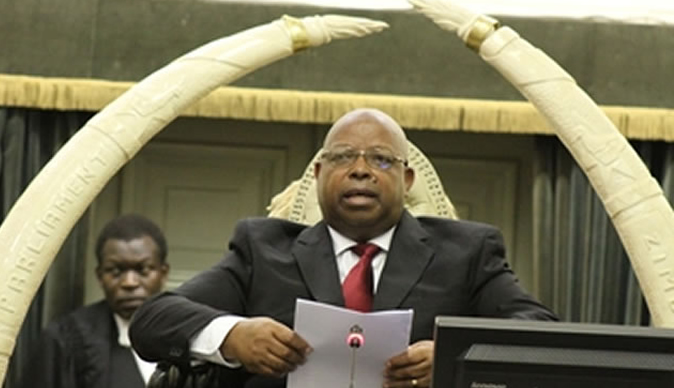 LEGAL think-tanks say the Zimbabwe Electoral Commission (Zec) should act fast on recommendations made by the ad hoc committee on the preliminary delimitation report before the 26 February deadline, as reverting to the 2007-2008 boundaries would be disastrous.

Zec is running out of time to complete the delimitation process, which has been criticised on a number of fronts, including the fact the election body may have used the 1980 Lancaster House constitution in its calculations to determine constituency numbers, rendering it null and void.

This week, Speaker of Parliament Jacob Mudenda (pictured) handed over to President Emmerson Mnangagwa the Zec report from Parliament after a heated debate amidst controversy.

While the report has been deeply flawed as shown by the ad hoc committee report, a section of parliamentarians have shown keenness to push it through, which could be disastrous for the opposition.

The electoral body has been accused of gerrymandering, as key changes likely favour Zanu PF. Harare, with over 900 000 voters, was allocated 30 constituencies while the Midlands, with over 700 000, was allocated 28.

An analysis of the findings this week by Veritas shows that Zec neither used census data correctly to delimit electoral areas nor gave reasons for combining constituencies.

The Election Resource Centre (ERC) says while failure to meet the deadline will see the electoral commission reverting to the 2007-2008 boundaries, the decision may come with dire consequences.

“2007-8 boundaries would create disproportionate inequalities and the voting strengths of communities would be too low or too high. For example, Chikomba, Gutu and Zaka constituencies with 14 000 competing with Harare South with 73 000 (Epworth and Goromonzi) – it will not create an impression of sufficient representation.

“That is why we need to have them redrawn for use in 2023,” says Solomon Bobosibunu, ERC programmes manager.

He said reverting to the old delimitation boundaries also leads to inequalities in constituencies, which will, in turn, lead to unfair representation as constituencies with large numbers are unlikely to benefit from developmental funds.

“The voting strength of constituencies will be tilted. If a person casts a vote in a constituency with 14 000 people, then another in another with 76 000, the cost of campaigning will either be too high or too low. So, other people will benefit at the expense of others.

“So, the other one is the inequalities, and also the representational aspect which is compromised. We cannot have an area with 76 000 people making sure they have done hearings and consultations and other constituency-related business, and at the same time having someone with 14 000.

“So, it means that it is going to be easy for the person with 14 000 to go throughout the constituency and work out a plan. Additionally, part of the challenges that arise include the distribution of development funds, among others.

“If you look at how other funds are distributed, for example in terms of constituency development funds, it is just US$50 000 to a constituency with 76 000 and that with 14 000. I think the disparities are the ones that are dangerous to the electoral process itself,” he said.

The ERC said Zec and other stakeholders should put their hands together so that they work with the current report to avoid going back to 2008.

“Going back to 2008 is worse off than the current draft. If they are agreeing to a compromise, let them compromise on this draft analysis because money has been spent on the preliminary report.

“The current one is through proclamation, so it means that when they complete the process some six months before the election, it will be used in the 2028 election. At this point, they will have to suspend the process for use in this election. However, it will still be used in the next election, meaning that they will have not lost the 10-year cycle of the census. The boundaries will still be used for the 2028 election, but will not apply for the next,” Bobosibunu said.

Challenge against Zec presses on