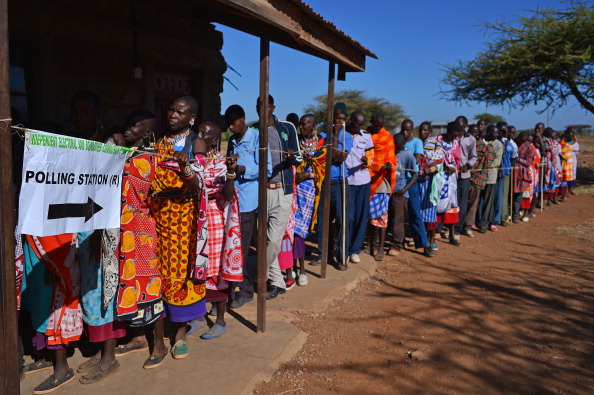 ZANU PF faces protest votes in the forthcoming Gokwe-Kabuyuni parliamentary by- elections slated for later this month and in the 2023 polls following a cocktail of political developments which have exposed fissures within the constitutency.

Information at hand shows that the party sidelined some members of the Tonga community from voting after their names were reportedly missing from the voters’ roll for the primary elections. The by-election will take place on 27 August.

The disenfranchisement of the Tonga-speaking voters dampened the prospects of one of the candidates, Manager Munkuli, who at the end of the day polled 3 661 votes behind the eventual winner and gold baron, Spencer Tshuma, who garnered 4 336 votes.

A lecturer in the Midlands State University Faculty of Social Sciences, Lyton Ncube, who participated in the primary elections, got 220 votes while another contender, Tapera Nyoni, polled 363.

A total of 106 votes were spoilt in the elections held in 16 districts of Gokwe-Kabuyuni constituency which fell vacant after the death Leonard Chikomba who died mysteriously in a car crash in May, 20 kilometres from his Chitekete home.

Chikomba (67) was travelling alone on the fateful day from a Zanu PF Midlands provincial coordinating committee meeting held in Gweru in which he had fiercely clashed with the Gokwe-North district coordinating committee chairperson Justice Mayor Wadyajena over the imposition of district candidates for the women’s league conference that was slated for Harare the following month.

Soon after Tshuma was announced the winner, Zanu PF WhatsApp social media groups were awash with posts of disgruntlement, especially in districts like Vumba, Mareka, Manyuli and Madhamu, which are predominantly Tonga speaking.

In those areas, at some polling stations voting was not conducted as registers were said to be missing while in some areas people just could not find their names.

“We have been working hard for the party but if our cells registers go missing on election day, how do we continue to work?”

A Zanu PF cell register is a book with names of 50 people who form that lower structure of its supporters in villages. A cell is the party’s smallest constituent part.

“The primary elections went on well. There were no incidences of unfair play and the popular candidate won,” he said.

Tshuma said to the contrary, he is the one who fell victim to rigging despite the fact that he won.

“The allegations against me are false. Cell registers went missing in all the districts, including in my stronghold areas, and I remember at a certain polling station where I commanded huge support, five of them (registers) could not be found, meaning I lost 250 votes.”

“I personally got a call from one of my agents to say there were multiple voting [incidents] at a particular polling station where my rivals had bussed people, so the rigging was against me. I have put all that behind me. I won because I had built some small dams for people for free using my earthmoving machines,” he said.

However, a top party official in Gokwe North district told The NewsHawks that there is outright anger among supporters in the constituency and the spectre of a protest vote in the August by-election and in the crunch 2023 general elections cannot be ruled out.

“Many voters were turned away. There are complaints that registers were pulled out in well-known Tonga areas. On the other hand, in Karanga-speaking areas like Chireya and Madzivazvido where Tshuma had immense support, voters voted willy nilly, with some having second bites after the use of registers was suspended under unclear circumstances,” said the source.

Other Zanu PF officials revealed that Tshuma, who has gold mines in Kadoma and Chegutu, was positioned by the provincial leadership and Local government minister July Moyo.

Moyo, who did not pick up calls when contacted for comment, lost in Redcliff constituency in the 2018 elections. He hails from the Midlands and is one of the Zanu PF bigwigs from the province, also home to President Emmerson Mnangagwa.

On the day of the primary elections, amid poverty in Gokwe, Tshuma pitched up in a convoy of sleek vehicles. He was in a 2022 armoured Toyota Land Cruiser 300 series off-roader.

“At some of his campaign meetings we actually saw provincial members making addresses and encouraging people to vote for him. Tshuma was also allowed to splash money to supporters and dish out gifts like plastic plates, which is tantamount to vote-buying,” said a Zanu PF supporter in the district.

The NewsHawks traced Tshuma’s footprints in the gold sector. In May last year, a gold firm, DS Mining Syndicate, wrote a letter to Police Commissioner-General Godwin Matanga through its lawyers, Bherebende Law Chambers, accusing four senior police officers of abusing their powers by trying to evict the company from a gold claim at Queensdale Farm in Kadoma at the behest of Tshuma who allegedly wanted to take over operations.

Tshuma insisted he won fairly and stressed that the posh vehicle he pitched up in was just one of several he used in the constituency. He said he traded in gold transparently.

Related Topics:GokweZanu PF
Up Next

Uproar over imposition of ex-VP’s daughter