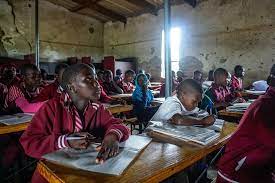 SCHOOLS were scheduled to open for the first term of 2022 on 7 February, but there was a dramatic development when grossly underpaid teachers declared “incapacitation” and vowed not to report for duty.

For a long time, the government has taken civil servants for granted. The educators have finally drawn a line in the sand — they will not return to work until the employer shows seriousness in paying a living wage.

Contrary to government apologists who have found yet another opportunity to peddle threadbare propaganda, the teachers’ grievance is fully justified.

Nobody can be realistically expected to survive on US$85 per month in this high-inflation economy. It is the height of cruelty to pay a teacher ZW$21 000, yet the same government has now set the daily maximum bank withdrawal limit at ZW$25 000.

The authorities are tacitly conceding that chronic high inflation is problematic, but they still stubbornly refuse to pay a decent wage.

Such naked bad faith leaves a sour taste in the mouth. After threatening the striking teachers with the so-called “no work, no pay” sanction, the Zanu PF government accused the educators of being driven by “regime change” motives.

Party spokesperson Chris Mutsvangwa was trotted out to level ridiculous accusations against the teachers.

He pitched a ludicrous yarn — as he is wont to do — accusing teachers of being misled by the opposition Citizens ‘ Coalition for Change.

Civil servants find such arguments patently insulting. Does a poverty-stricken teacher need to be coached into complaining by Nelson Chamisa?

Zimbabwean civil servants have been reduced to crying paupers by a corrupt, incompetent and uncaring government.

Clueless officials are expending their energies on concocting fiction about imaginary political shadows, instead of addressing genuine grievances.

The Zanu PF government lost the moral authority in championing workers’ rights a long time ago?

When Mutsvangwa comically invokes the long-lost credentials of yesteryear’s “revolutionary party”, he comes across as a bad joke.

Zanu PF was reduced to a fringe rural party a long time ago. Even its contrived “rural strongholds” are the result of intimidation, political violence and the criminal hi[1]jacking of public resources.

Zanu PF has lost the support of workers, students, ghetto youths, the urban poor and intellectuals.

In fact, the party has lost the backing of just about everyone except hungry and exploited villagers who are held to ransom by wayward political overlords.

The on-going strike has rattled the government. For starters, it is markedly different from previous industrial action.

The authorities have instructed school heads to compile reports on teachers who boycott work, but the officials have gotten more than they bargained for — many school heads have actually joined the teachers in declaring incapacitation.

The school principals are also suffering, therefore the divide[1]and-rule tactic will not work this time around. Teachers’ remuneration is not the only burning issue in the education sector.

Schools fees are painfully unaffordable. Top quality Zimbabwean education is now the preserve of the rich. Which brings us to an unavoidable question: If the government is not channeling public resources to the all-important education and health sectors, where exactly is tax[1]payers’ money going?