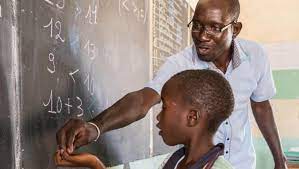 IN Zimbabwe today, a system of education apartheid has taken root, with devastating consequences for equality, social justice and democracy.

Children from privileged families have a higher likelihood of making it to college than their counterparts from poor backgrounds.

Even when children from disadvantaged communities make it to university, they face serious financial difficulties.

At a time when Finance minister Mthuli Ncube continues denying the brutal realities of a troubled economy, students from poor families are either deferring studies or dropping out altogether — and in alarming numbers. Education, even at state colleges, is now a preserve of the rich.

A few days ago, Chinhoyi State University was demanding up to US$495 per semester and emphasising that the fees must be paid “now, now!!” There was no mention of Zimdollar fees.

For a state college, this is shocking. Civil servants, for instance, earn less than US$100 a month, meaning the government’s own workers cannot afford college fees.

State-owned institutions of higher education are not designed to be run like money-spinning ventures; they are creations of statute and must at all times be guided by the public policy imperative of serving as many students as possible at the lowest cost possible. Once they start prioritising the profit motive, they lose their bearings and become yet another blood-sucking vampire of capitalist exploitation.

In a society that uses learning as the proverbial great equaliser, families can climb their way out of generational poverty by ensuring that children get a competitive college education. But in Zimbabwe access to higher education has become a privilege of the rich. This is already an unequal society. The education apartheid is simply widening the yawning gap between rich and poor.

There is no credit economy in this country, so parents, guardians and students really have nowhere to secure loans for college fees.

Nobody should be surprised that desperate students are resorting to crime and prostitution. These are the realities of a harsh economy and an uncaring government.

It gets worse for historically marginalised communities, such as those in Matabeleland North and South, where the government’s public investment in education has been disproportionately inadequate for decades.

The political philosopher Nancy Fraser postulates that justice can be viewed in two separate but interrelated ways: distributive justice and the justice of recognition. By distributive justice, she is referring to the equitable allocation of resources. Marginalised communities are deliberately denied their fair share of resources, in this case the central government is not building enough classrooms and undermines the teaching of certain subjects — particularly the sciences — or makes no effort to deploy teachers who have the craft literacy and craft competence to deliver transformative education.

Recognitional justice refers to a fair, objective and equitable acceptance of the different identities of groups within this society. It takes into account the values, interests and cultures of a local community. We have witnessed worrying situations in certain parts of the country when teachers who are not proficient in local languages are foisted upon communities and expected to teach young children.

The government’s refusal or failure (or both) to provide equitable educational opportunities to children in every community undermines the parity of participation.

Education is no longer representative of the country’s wider population; it is now a preserve of the privileged elites.

Education in Zim at a crossroads

The context of the Chilonga land case