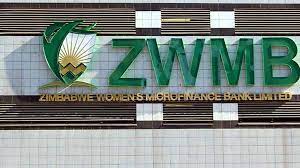 EMPOWERMENT banks formed to economically empower women and youths have come under heavy criticism for failing to own up to their mandate and failing to finance projects while maintaining higher interest rates with Zanu PF female candidates accusing them of contributing to their loss in the recently held by-elections.

It emerged that Zanu PF had centred its campaign mainly around empowerment of women and youths while relying on finances from the said banks hence their failure to deliver had a negative impact on their performance.

Zanu PF roped in the Women’s Bank and the Youth Empowerment Bank in their campaigns while telling their supporters to register for microfinances to finance small projects.

Loice Magweba who campaigned for the Harare Central Parliamentary seat in the March by-elections said the Women’s Bank promised a lot but delivered nothing hence angered the Zanu PF supporters in the process while scuttling her campaign.

“You said you would empower women but you did not do anything to support them. We took you to meet the people and made a lot of promises but no one was empowered here. That dented our campaign and you have to explain to us how you operate,” she said during the meeting.

Her sentiments were echoed by dozens of women who attended the event who took turns to quiz the representatives of the bank on why they were failing the people.

Other women who spoke during the meeting challenged those who had received empowerment loans from the two banks to confirm but none did raising concern over who they were sponsoring for empowerment.

A Youth Empowerment Bank representative was booed and forced off the stage after failing to answer to questions posed by the Zanu PF supporters.

“Can you leave now before you make us angrier. Go away, you lied to us,” some of the party supporters could be heard saying.

After the 2018 elections, the Zanu PF government set up the country’s first youth and women focused financial institution, Empowerment Bank and the Women’s Bank that were supposed to “uplift” the two vital constituencies in what the opposition claimed was a ruling party power consolidation project.

Youths and women constitutes a huge percentage of the electorate and political parties have been trying to present their manifestos around.

Women in politics call for electoral reforms ahead of 2023