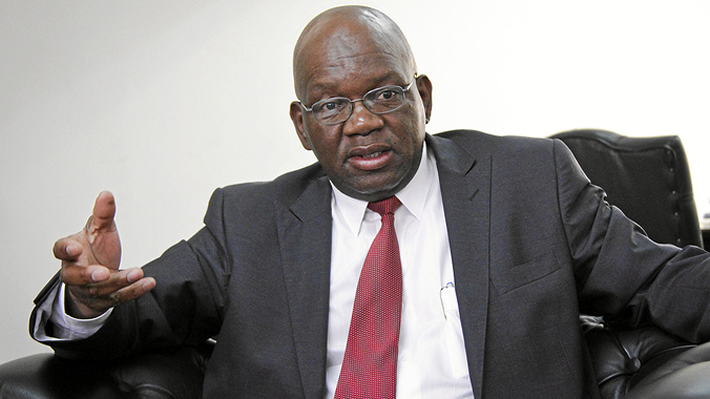 …Confirms cell structures in a shambles

ZANU PF has unwittingly confessed its vote-buying gimmick in previous elections, saying the party often spearheaded land invasions and would, in return, ride on the votes of beneficiaries by offering them political protection.

The revelation confirms the red flag raised by a land audit report presented to President Emmerson Mnangagwa in 2019 by Justice Tendai Uchena that exposed how ruling party elites used land to bait voters.

Mnangagwa is yet to act on the report which revealed that more than US$3 billion in potential revenue was lost due to illegal sale of land by politicians mainly from the ruling party.

Despite all the regularisation of illegal settlements by Zanu PF-linked co-operatives benefitting thousands in the capital city, the Harare provincial chairperson Goodwills Masimirembwa (pictured) fumed to party supporters during a meeting on Wednesday that they were beneficiaries of the Zanu PF land strategy but have betrayed the party by consistently voting for the opposition.

Harare is an opposition stronghold, with Zanu PF controlling only Epworth and Harare South.

“We made a PCC (provincial co-ordinating committee) resolution when Local Government minister July Moyo said that all those who have stayed in council houses for 25 years should get title deeds,” Masimirembwa said.

“We have people in Glen Norah, Glen View, Budiriro, Mabvuku-Tafara and several other areas who have been staying in the council houses and paying rent for over 25 years now. We need to have a list of their names so that they get the title deeds.”

“You cannot be in President Emmerson Mnangagwa’s district and fail to have your own house,” the Zanu PF provincial chairperson added.

Masimirembwa said in all previous campaigns, Zanu PF has focused on illegal settlements they felt were controlled by the ruling party, but he expressed concern as to why the party continues to lose to the opposition.

“Even if regularisation is done, we will not win. We lost by-elections because they did not vote for us,” he said.

“You cannot remain lodgers when you have stayed in a council house for over 40 years. To those who stay in illegal settlements, there is a committee chaired by Vice-President (Constantino) Chiwenga that is working on that. You cannot continue to be duped by land barons.”

“Regularisation is being done by Zanu PF, not the opposition. Why then did we lose the by-elections? We lost Glen Norah, we lost in Kuwadzana where we have a resettlement area called kumaPaddocks. We lost those areas, yet you come here for assistance and seeking protection.”

“You come here with your problems and we assist you and protect you, but you go on to vote for the opposition. You always say we have lots of support at the Glen View complex, but where is that support when we lose all the time?”

He said Harare managed to grab Epworth from the opposition because of the promise of title deeds to home owners by Mnangagwa during the campaign period.

However, Mnangagwa’s promise is yet to be fulfilled. Dozens of illegal settlements in and around Harare were created as part of Zanu PF’s vote-buying scheme, but the party has sometimes proceeded to place council officials in the forefront of house demolitions, with observers saying it was punishment to those who would have voted the opposition.

Masimirembwa said there was a need to provide home industries to thousands of jobless people in the capital if the party entertains any hopes of winning the 2023 general elections.

“Nssa (National Social Security Authority) gets lots of money from workers and, instead of the money financing corruption, it must build home industries.”

“The DCC executives that came are very few. We must ensure registers must be marked. We are not working and that must be addressed. Provincial members did not come for the political commissar’s meeting; that is unacceptable.”

Related Topics:ElectionsVote-buyingZanu PF
Up Next