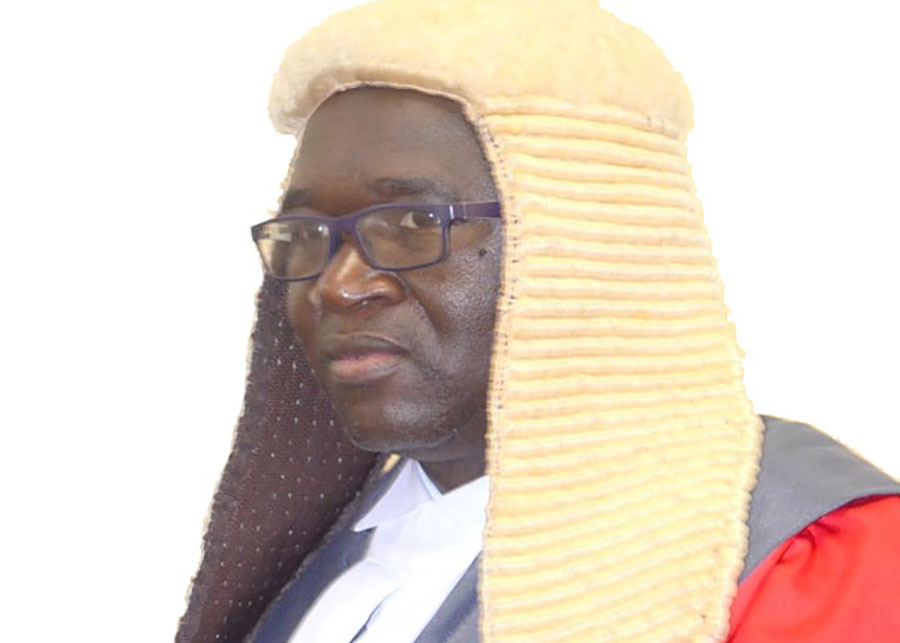 MANY Zimbabweans took note of Justice Happias Zhou after the Judicial Service Commission went to court in a futile attempt to stop him and other judges from hearing an application by the Zimbabwe Human Rights NGO Forum executive director Musa Kika– consolidated with that of the Zimbabwe Young Lawyers Association – against the extension of superior courts judges’ tenures.

The JSC and Justice minister Ziyambi Ziyambi were unsettled by Zhou’s presence and mentioned him by name.

After Zhou, who heard the case with Justices Jester Helena Charewa and Edith Mushore, ruled that Chief Justice Luke Malaba’s term of office ended when he turned 70, Ziyambi launched an astonishing attack on the judges, claiming they are captured.

Ziyambi said the judgement against Malaba was a “typical case of a night court, consisting of night judges and night lawyers”.

“With the greatest of respect, we do not agree with the decision of the court for so many reasons, we have already instructed our lawyers to file an appeal first thing on Monday [17 May 2021],” he charged.

“We do not understand how the Honourable Justice Zhou insisted on proceeding with the matter after we sought his recusal because he is clearly conflicted.

Most of the vitriol was targeted at Zhou.

But who is Zhou?

Zhou was born on 2 March 1968 in Mberengwa. He went to Mponjani Primary School and Mbuyanehanda High School in Mberengwa.

He passed five Advanced Level subjects in 1991 after which he enrolled at Hillside Teachers’ College in Bulawayo to train as a teacher. He also attained a certificate in education from the University of Zimbabwe.

While at Mabvuku, he enrolled for a Bachelor of Laws (Honours) degree with the University of Zimbabwe after which he read for a Master of Philosophy in Law and then a Master of Science in International Relations.

From 1996 until the time he was appointed a High Court judge in 2012, he was in private practice as an advocate based at the Advocates Chambers. He was also a lecturer in the University of Zimbabwe’s Faculty of Law.

As an advocate, he was admitted as counsel at the International Criminal Tribunal for Rwanda in Arusha, Tanzania.

As revealed by The NewsHawks last week, Zhou has over the years delivered judgements which have upset government officials.

After the June 2000 parliamentary elections, which the MDC narrowly lost to Zanu PF, Zhou represented in court Crispa Musoni, opposition candidate for Gutu North, but withdrew his petition in the High Court challenging the late vice-president Simon Muzenda, the Zanu PF candidate.

In his petition, Musoni had said Muzenda won the election through corrupt practices.

He also alleged that war veterans and Zanu PF supporters had intimidated and attacked his supporters in the run-up to the election. Muzenda had polled 14 867 votes against Musoni’s 8 179 votes.

In 2002, Zhou represented the late MDC president Morgan Tsvangirai after the disputed presidential election against Mugabe. In that case, he worked with veteran lawyers including Advocate Jere-my Gauntlet of South Africa, Advocate Adrian de Bourbon (now based in South Africa) and Bryant Elliot as attorney.

Zhou in 2018 scrapped Statutory Instrument (SI) 205 of 2018, which enabled the government to levy 2% on electronic money transactions above ZW$10.

Zhou further disqualified Nduna from presiding over Chino’no’s criminal trial and ordered that a new magistrate preside over the case.

In another case, Zhou interdicted any persons, including the police and home affairs, from preventing Zimbabwe Hospital Doctors’ Association leader Dr Peter Magombeyi, from leaving the country for the
purpose of seeking medical treatment.

At one time Zhou released 57 political activists who participated in demonstrations in 2016.

In retaliation against all the judgements they did not like, government officials last year blocked Zhou from becoming one of seven members of the International Tribunal for the Law of the Sea when his nomination was withdrawn without his knowledge.

Also last year, Zhou ruled that Harare architectural entity Stone/Beattie Studio was entitled to the US$142 000 it had de-posited with CABS. Conversion of that balance into local currency, a result of Exchange Control R120/2018 directive issued by the Reserve Bank of Zimbabwe on 4 October 2018, was a violation of property rights, the judge ruled.

However, his most impactful judgement is the Malaba one.