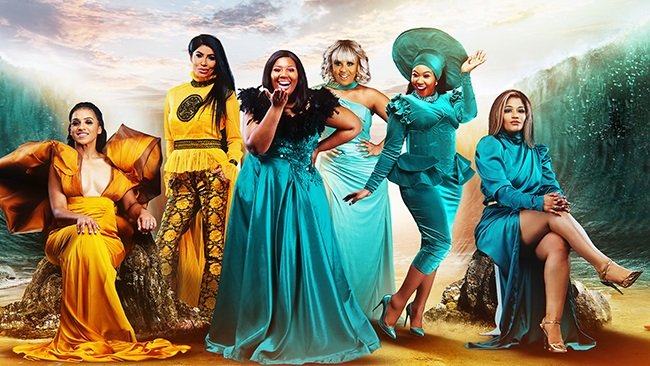 RENOWNED filmmaker Monalisa Chisango nee Mupambawashe, who is based in South Africa, has made a name for herself through her riveting screen productions. One of her most popular productions is the reality shows Our Perfect Wedding Zimbabwe which kept DStv viewing audiences glued to their small screens. Her upcoming must-watch show is Real Housewives of Durban. She has been involved in various aspects of the arts, culture and entertainment industry for the past 16 years. To date, Monalisa has worked in radio, television and film as writer, production coordinator, production manager, line producer, director and producer. Monalisa is an award-winning producer and runs her own company called Monzyice Creations. She is a dynamic, hardworking and highly motivated individual. The 38-year-old mother is married to former Zimbabwe national team footballer Robson Chisango, who now plays for Hellenics in South Africa. Outside of producing reality shows, she is managing two musicians, one South African and a Nigerian artist. Monalisa (MC) speaks to The NewsHawks’ Jonathan Mbiriyamveka (JM) on how the Zimbabwean film industry can be revived. Read on.

JM: How many years have you been living in South Africa?

JM: You have produced exciting shows on television. Do you focus only on reality shows?

MC: When I started out in the industry, I worked on short films, documentaries and feature films. Therefore, when I moved to SA, I started working on reality shows and since then have never looked back. However, with our creative collection, Monzyice Creations, we do curate different content.

JM: The Zimbabwean television industry is not as big as South Africa’s. What needs to be done to give that impetus to grow the industry?

MC: A couple of things need to happen but I will just mention a few: We need to create content and package our content for the global market. Tell our Zimbabwean stories – for a long time we have looked at the West and imported their culture. It is now time for us to export our culture to the rest of the world. We need to acknowledge that the film industry has a potential to bring revenue to the economy.  Back in the days, we had foreign films, commercials being filmed in Zimbabwe, as it was a preferred filming destination. Besides the exposure that the country received, jobs were created and skills were exchanged.

JM: Television has changed over the years. What should be done for the local drama from the days of Mukadota or Paraffin to evolve?

MC: Firstly, we need to tell our stories and be unapologetic about it. As content creators whenever we come up with productions, we should ask ourselves what values, culture are we exporting?  We also need to spend more time to develop scripts. Unfortunately, our audience is no longer forgiving, they have so many platforms to access content, so we need to ensure that our local dramas stand out.

JM: What is the major challenge of being a producer?

MC: Like any artist when you put your work out there you worry how it will be received and if it will be successful or not. In our industry, it is known you are as good as your last job. Secondly, sourcing funding for productions is always a challenge.

JM: What advice would you give to aspiring producers?

JM: Besides being a producer what else do you do?

JM: Would you like to work with Zimbabwean producers and which are some of the local productions you have worked on?

MC: Yes, I would love to continue working with them and over the years I have maintained my connection with the Zimbabwean industry. I series produced Our Perfect Wedding Zimbabwe. I also consult for Authentic Voices Film Fund and this foundation supports the development and growth of the Zimbabwean film industry.

JM: We understand you have an upcoming show, The Real Housewives of Durban, would you like to share what this is all about?

The Real Housewives of Durban is set to keep viewers glued to their screens as these beautiful ladies open their doors to share their daily lives of conspicuous consumption and splendour, fashion accessories and expensive toys in their driveway. The premiere of The Real Housewives of Durban on 1Magic, DStv channel 103, on 29 January 2021 at 19:00pm. I am the series producer of the show.