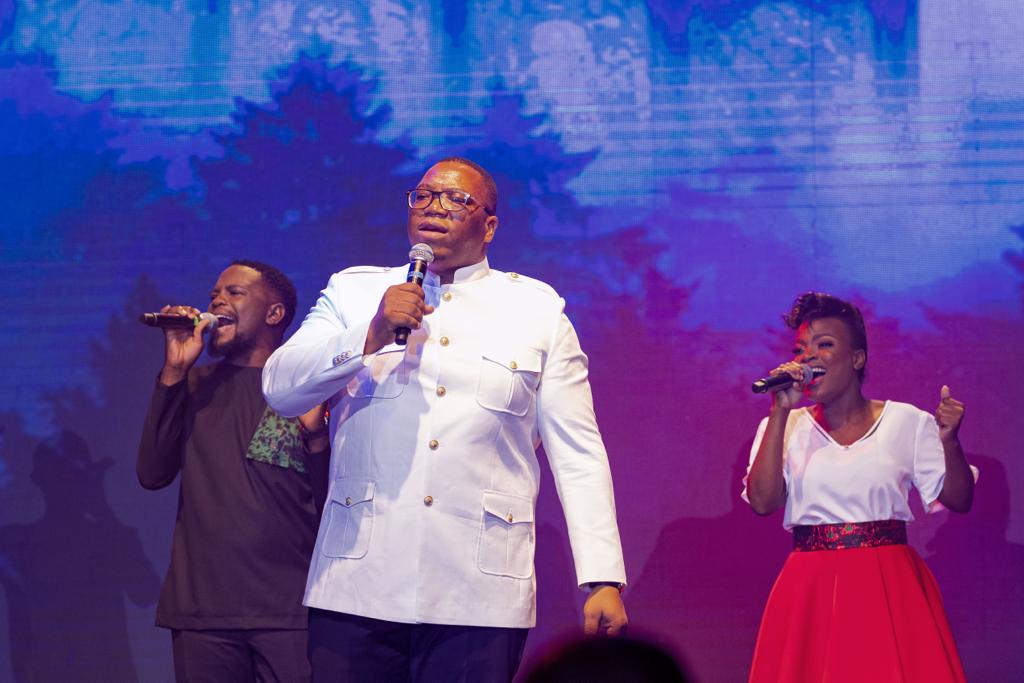 EVERTON Mlalazi, one of Zimbabwe’s leading gospel singers, recently performed in Nigeria, the Mecca of the genre, and he says he “relishes” the opportunity to feature in the vast West African country.

Mlalazi mixed and mingled with some of the top artistes in that part of the continent.

A red carpet was rolled out to Mlalazi and his band members and the mere mention of his name and Zimbabwe was all the more memorable.

“Hearing my name and that of Zimbabwe being called on that big stage was memorable,” Mlalazi told The NewsHawks this week.

“We had a beautiful performance. I definitely believe it’s a step in the right direction in terms of getting our music to a larger market. It was a seed and we have contacts with the radio and TV stations there.”

Mlalazi was part of a line-up of artistes who performed at Eko Convention Centre in Lagos last week.

He was invited by Nigeria’s top-selling gospel musician, Sinach, and what an experience it turned out for Mlalazi!

“The reception in Nigeria was awesome. Our music was well accepted and we look forward to doing more work in that country. The concert was well organised. A concert with such a huge cast of gospel powerhouses in West Africa would definitely live up to its billing.

“Sinach capped it all with a powerful worship service punctuated with role plays of the story of the birth of Jesus.”

The concert was a big deal for Mlalazi and the country as well because not many Zimbabweans have had the chance to perform in Nigeria, be they secular or gospel artistes.

Asked the one thing that he learnt from the experience, Mlalazi said there was a need for unity of purpose among Zimbabwean artistes.

“Nigerian artistes support each other. Even big names who weren’t performing on the night were there. I think I saw Todd Dulaney as well there, but he wasn’t performing,” he said.

It is not just Mlalazi who shared such sentiments. Previously, Sabastian Magacha also spoke of how divided Zimbabwean gospel musicians are.

Magacha further explained that the biggest challenge was that gospel musicians in Zimbabwe celebrate each other’s downfall.

Secondly, Mlalazi confirmed that the tour would open more doors for his music to be heard in Nigeria.

“I managed to have a few interviews with radio stations on the red carpet and my team took contacts,  as I said for future reference and so that we share our music with them,” he said.

Mlalazi also called on Zimbabwean gospel musicians to support each other to develop an industry.

“Let’s continue to work together as local artistes to support each other and push each other,” he said.

Music, for Mlalazi, is also about lifestyle, attitude and glamour.

Many of his fans will remember how lavish his 40th birthday celebration was in Bulawayo.

It was a homecoming gig in his hometown, where he began his ministry as a member of Seventh-Day Adventist Christian.

Now based in the capital Harare, where he holds a day job as a financial analyst, Mlalazi is married with two children.

And he loves family life, his wife being heavily involved in his music.

“My wife is the manager for my music,” he once said. “She helps me manage both home and the music. It’s easier planning my work around her and the kids because they all are involved. My wife and kids are a huge part of me. I participate in their lives fully and they do the same.”

One of his daughters has featured in his videos as well as live performances, playing the piano. On what exactly inspires Mlalazi’s music? He answers: “I am an ardent student of the Bible. I meditate and agonise on my life constantly and that, coupled with my relationship with God, inspires my music. I believe music must minister your people’s needs. It must minister for the broken hearted, to the bereaved, to the sick, to those without hope.”

His career highlight has been the recognition by Zimbabwe Music Awards for Best Contemporary Music.

Coming from a good family support system, Mlalazi acknowledges everyone who has been part of his amazing music journey.