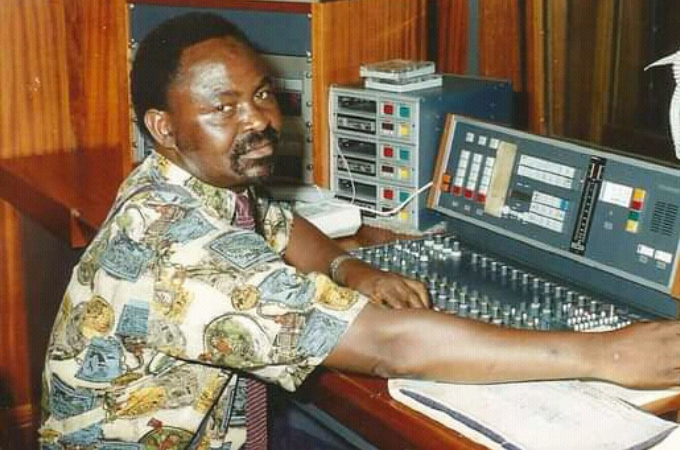 A PALTRY 1.6% of disabled filmmakers work in the Zimbabwean film sector while most roles are given to able-bodied persons in order to reduce costs.

This has made the country’s film sector exclusive rather than inclusive of persons with disabilities. In Zimbabwe, the motto “disability not as inability” is taken seriously.

The state of affairs in the film sector was revealed recently during a presentation of the Situational Analysis Report (SAR) focusing on the Zimbabwe film sector as part of a process initiated by the National Arts Council of Zimbabwe (NACZ) of developing a strategy to guide the development of the sector in the next five years (2023-2027).

“There are few disabled filmmakers in the film sector with only 1.6% of practitioners reporting to work with any disability.

“The sector has difficulty in accommodating disabled practitioners as filmmakers found it very difficult to include roles for disabled people as they would incur further expenses to cover their needs for example transport and access to facilities,” the report says.

Key areas in the report include funding, revenue generation, policy environment, training, piracy and copyright protection, women, youth and disability. Sadder still, the report says most practitioners are found in the creation/ production segment of the sector, that is, the film industry value chain.

“The value chain in Zimbabwe comprises creation/production, marketing and distribution.

“Practitioners engage in multiple functions at this stage, with the majority being directors (59%), script writers (49%), producers (32%) and video editors (21%),” the report says.

According to filmmaker Aaron Chiundura-Moyo (pictured) the problem of practitioners engaging in multiple functions was inevitable because of the economic downturn in Zimbabwe. Besides the exclusive nature of the Zimbabwe film sector, the other key challenge was securing funding for productions.

The report says this has severely affected the filmmakers’ capacity to market their works.

“Stakeholders agreed that Zimbabwe has a very weak distribution infrastructure. YouTube is the biggest distributor of local film content, with 59% of creators using it as their primary distribution channel,” the reports says.

Currently, the film sector market overview indicates about 20 local feature films are produced every year in Zimbabwe, plus a dozen international projects, mostly wildlife documentaries. “79% of practitioners believe that the sector is struggling but with a vast potential for future development.

“There is a demand for local productions in the country. 84% of respondents in the revealed that they were very interested in watching Zimbabwean film productions,” the reports says.

The data for the analysis came from interviews and observation carried in August/September 2022, an online survey tool for filmmakers and consumers circulated through social media platforms, additional data collected by the NACZ in focus groups with sector players, as well as additional desk research. A draft version of the situational analysis was circulated and reviewed for feedback in October. Regarding revenue generation, filmmakers indicated that while they invested a lot of resources in their productions or festivals, there were little to no returns to show for their invest ments.

“Filmmakers in Zimbabwe do not generally make money from screening their works to the public as they upload their content for free on social media platforms like YouTube.

“Just 15% of filmmakers have received any money from YouTube with amounts ranging from US$50 to US$1 000. “32% of filmmakers received direct funding from corporates for their productions, with only 3% getting commissioned by the government to do productions,” the report said.

The film industry was thriving with government and Hollywood striking deals. International movies like Cry Freedom starring Denzel Washington were shot in the country.

A great deal of non-governmental organisation activity in the sector with productions like Neria funded by Media for Development Trust. Many international productions were also filmed in Zimbabwe during this period.

A lack of funding reduced investment with the economic crisis are taking a toll on the sector. However, productions continue with Cook Off becoming the first Zimbabwean movie on global streaming platform Netflix.

The situational analysis was produced by the national team of the Zimbabwe Film Strategy Project spearheaded by the government of Zimbabwe with the NACZ as the lead implementing agent.

The strategy-making process itself is part of measures by the government to enhance the capacity of the cultural and creative industries (CCIs) to improve their contribution to the national economy as espoused in the National Cultural and Creative Industries Strategy (NCCIS, 2020) and the National Development Strategy (NDS 1).

Related Topics:Zimbabwe film
Up Next

State of culture: Crush the filthy predators who prey on little kids