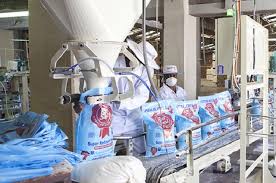 The government has proposed assuming the Reserve Bank of Zimbabwe’s US$3.3 billion legacy debt in outstanding foreign payments incurred during the transition from the multi-currency system to a mono-currency regime in 2019.

National Foods, one of the companies owed by the central bank, released its financials which showed that overall sales volume was up 15% to 303.068MT compared to the similar period last financial year.

ZFN in its analysis of the company’s results said a prolonged dry spell experienced in December could affect the agro-processor’s output.

“As a defensive stock, NatFoods is one of the counters investors might want to keep looking at closely in 2022,” the research note reads.

“It is unique in the sense that it pays dividends consistently like a mature stock but at the same time continues to grow and create value for its shareholders like a growth stock. The company has managed to increase its sales volume across most of its divisions through investing in more production facilities. The legacy debt remains a challenge for the organisation since they have to keep accounting for them using prevailing rates although the board remains confident that RBZ will settle the debt. It also faces the risk of a drought which will increase its import bill.”

The resurgence in inflation however weighed down the growth in sales volume as year-on-year volume growth was 24% but first-quarter growth was only 8%.

In historical terms, revenue was up 96% to ZW$24.86 billion as a result of both inflationary pressures and an increase in sales volume. Operational expenditure grew by 89% year on year, slightly ahead of inflation as certain costs corrected in real terms.

EBITDA was up 78% to ZW$3.53bn whilst the Profit-Before-Tax (PBT) stood at ZW$3.12bn representing a 34% increase from the same period in the last financial year.