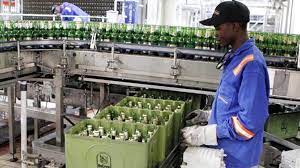 RESEARCHERS at Morgan & Co say the coming in of Indian-based distiller NV Group in Zimbabwe could shake Delta Corporation’s decades-long market dominance in the clear and opaque beer market.

The NV Group, which established itself in just 25 years with popular brands for lovers of gin, whisky, vodka, rum, and brandy, recently announced a US$250 million investment into a brewery in Zimbabwe over the next 18 months.

The brewery, once complete, is anticipated to employ over 3 000 employees and support local grain farmers situated in Chiredzi.

The business exports to several sub-Saharan African countries such as Kenya, Zambia, Nigeria, Namibia and Ghana.

“We opine that the new brewery could shake Delta’s market share in the clear and opaque beer market, much in the same way as Varum Beverages’ dent on the company’s sparkling beverages market share if the brewery is classified as a Special Economic Zone,” Morgan & Co said in its 17 March 2022 economics and market intelligence report.

“Given the size of the investment of US$250 million and an anticipated staff compliment of 3 000 to 4 000 employees, the brewer is likely to match Delta’s current output in the clear beer unit of around 1 820 000 hectolitres (hl) and the sorghum beer unit’s output of around 3 900 000hl.”

“Currently, Delta employs some 5 000 employees with assets in the local clear beer and opaque beer units collectively valued at about US$229 million. We also note the similar outgrower model that will allay any supply-side constraints and reduce the volatility of margins from the onset,” it said.

However, researchers said the penetration of the brewer’s brands is not without risks, pointing out that the current constraints in packaging material as a challenge for the group’s brewery given Delta’s relationship with Nampak, a major supplier of packaging material in Zimbabwe.

“In addition, we also observe that alcohol preference is notoriously difficult to change and this could defend Delta’s market share from new tastes that will be rolled out into the market by NV Group’s brewery,” researchers said.

“Given that the brewery is anticipated to be commissioned after 18 months, we note that the risks to Delta’s operations will likely manifest only after this period in its financial year 2024. Our financial year 2022 and 2023 earnings per share estimates for Delta Corporation remain unchanged and we maintain a hold recommendation.”

Zimbabwe’s alcohol consumption per capita is estimated to be around 4.8 litres, which pales in comparison to South Africa’s 9.3 litres, and India’s 5.5 litres.

Delta is currently the undisputed market leader of alcoholic beverages in the country, holding 95% market share in the clear beer market and 92% in the opaque beer market.

The company, through African Distillers, is a major supplier of wines, spirits, and ciders in the formal markets of these products. However, the company’s market share for spirits, wines and ciders has been facing heavy competition from illicit brewers and illegal imports.