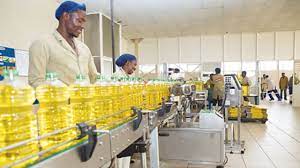 A LOCAL research firm says most companies in the manufacturing sector will struggle in penetrating the regional and continental markets due to bottlenecks in accessing foreign currency, rolling power cuts and ageing equipment, among other factors.

They also say the sector’s vulnerability was exacerbated by the pandemic-induced supply chain constraints. Lockdown measures instituted in almost every quarter of the year under review saw reduced business working hours and an onsite working force.

This had a huge knock-on effect on the smooth running of business operations. The partial re-opening of the economy in the last half of 2021 injected some life into the suffocating sector. Most listed entities reported recovery in both sales volumes and revenues which had tumbled in 2020.

Akribos Research Services, in its forecast report for the year, said local manufacturing firms will find it hard to penetrate the African Continental Free Trade Area.

“Procurement proved to be a major challenge as the Dutch auction system remained the primary source of forex for the importation of raw materials, machinery, and equipment for the sector. Delays in accessing forex weighed on the sector’s ability of achieving the 61% manufacturing sector capacity utilisation target in 2021,” the report says.

“In some instances, allotted bids took between five and 13 weeks to be settled. This led to loss of confidence in the auction’s ability to meet businesses’ forex needs thereby resorting to the alternative market to make up for the FX shortfalls. The sector’s lack of competitiveness limited its chances to benefit from the African Continental Free Trade Area (AFCFTA) agreement going forward. To add to the sectors woes was the intermittent supply of electricity worsened in the fourth quarter of 2021.”

AfCFTA is a flagship project of the AU’s Agenda 2063, a blueprint for attaining inclusive and sustainable development across the continent over the next 50 years. It aims to boost intra-Africa trade by providing a comprehensive and mutually beneficial trade agreement among the member states, covering trade in goods and services, investment, intellectual property rights and competition policy.

Experts say on average manufacturers experienced power cuts of up to eight hours daily. This situation has resulted in businesses having to resort to diesel and petrol power generators thereby increasing the cost of production.

Last moth, Reserve Bank of Zimbabwe governor John Mangudya said the country’s manufacturing sector should go a notch up in boosting exports after official figures showed that the sector raked in US$176 million last year, up from US$240 million in 2020, despite industry receiving the lion’s share of foreign currency on the country’s official auction system.

Official figures show that merchandise exports are estimated to have increased by 28% to US$6 315.2 million in 2021, from US$4 931.9 million in 2020, driven by increases in mineral and agriculture exports, while manufactured exports remained subdued.

Zim has highest inflation in Sadc