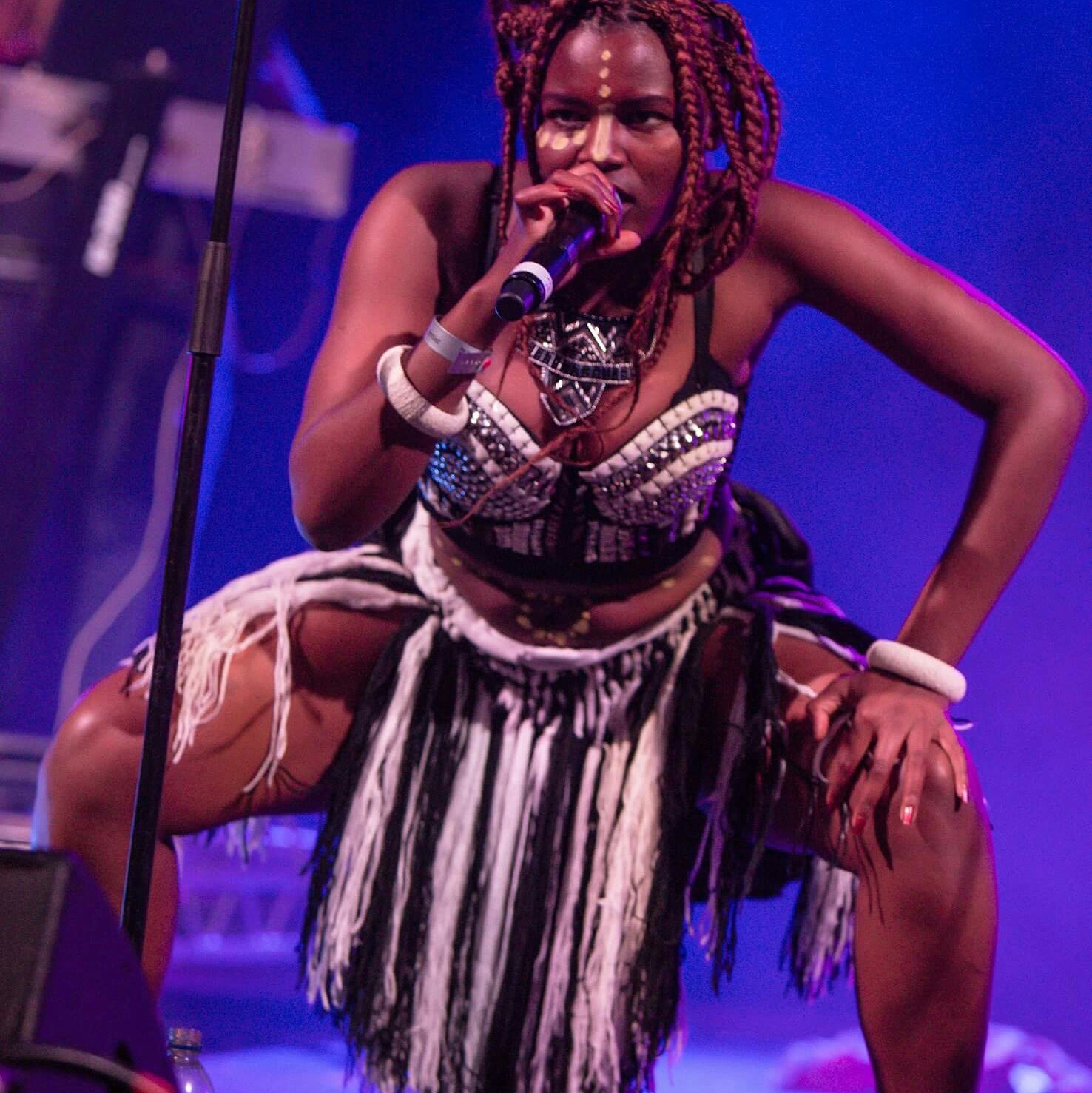 MIRIAM Makeba, affectionately known in music as simply Mama Africa, probably delivered one of her best songs to date titled the Click Song.

And the most poignant part of the song are the clicks which she flawlessly adorns every line with.

Even those who did not understand the language would simply marvel at the clicking sounds that tell a great story.

Coming back home, there is one artiste who has captured the imagination of music lovers through the beauty of the Ndebele language characterised by enchanting click sounds.

Awa Khiwe, who hails from Nkayi, is not Mama Africa of course, but her delivery is nothing short of explosive.

Born Awakhiwe Sibanda, the 29-year-old female hip-hop artiste now based in Germany, has perfected the art of fusing hip-hop and Ndebele songs.

“I started hip-hop music in 2012. It was influenced by my love for Ndebele poetry.

“Firstly, I would write Ndebele poetry when I was in primary school. I loved hip-hop music as well so I decided to mix the two and I started rapping in Ndebele to hip-hop beats,” she said.

“My parents gave me the name Awakhiwe. It means ‘let’s build a beautiful home’.”

And owing to her unique skills, music pundits were quick to notice her. She has since been touring on the international circuit where she has performed at festivals.

“I have performed in many countries around the world and I have been featured on many international platforms like BBC, ITV, Vice, Huffingpost and many more.

“I also performed at the Commonwealth Games. I have been getting a lot of love and support,” Awa Khiwe said.
She is yet to release an album, but her music talks about real life issues, culture and her life.

“My music addresses social issues like gender-based violence, child marriages, politics and many more. I also make music about our Ndebele culture, but I don’t limit myself when I create; inspiration is everywhere.

“Making music gives me the freedom to be myself, to tell my own stories and to speak out for the voiceless. I have been making music in Ndebele and English so far, but I might mix with other languages, I am open to it,” she said.

Awa Khiwe is obviously made of sterner stuff as she is one of the few female rappers on the male-dominated hip-hop scene in the country.

That on its own has challenges because she has to double the effort in every way possible to stand out.

“There is a lot of misogyny in the hip-hop industry, women have to prove themselves and deal with being excluded in most spaces. Making rap music is not something that is socially acceptable in most places so I have endured the name-calling and being judged for choosing a different path.

“My family did not support me at first because they were worried about the challenges that come with being in the public eye and the harsh music industry. When they realised that I was not going to stop following my passion, they accepted it,” she explained.

As a newbie on the scene, Awa Khiwe said she never imagined her music would have a crossover appeal.

“I didn’t think my music would go beyond borders when I started out because of lack of resources, but an invite from festivals in Germany and the United Kingdom proved me wrong.

“I toured beyond borders in 2016 and I have performed in most big cities in Germany, in the UK, Belgium, Poland, Switzerland, Netherlands and Australia,” she said.

Her debut album is expected anytime soon but the one good thing is she has been releasing singles with Ghanaian Stallion from their EP titled The Village Girl.

“The best part about my music is my beautiful language Ndebele, which has unique click sounds that most people love,” she said.

Commenting on the profanities of hip-hop, Awa Khiwe insists on clean lyrics although she is quick to assert that she does not subscribe to self-censorship.

“I have never written a song with any swear words but I can’t say that I will never swear because swearing can also be a form of expression. I don’t censor myself when I create,” she said.

Awa Khiwe is also nicknamed “The Village Girl” because she is unapologetic about her rural background.
She says her fondest memory on stage was during a performance at Shambala Festival.

“Performing at the Shambala Festival in the UK with GRRRL (an all-female band that I am a part of) was the best moment on stage. The festival was packed with thousands of people who were screaming for more. We were voted ‘Best Live Act’ at the festival,” she said.

Noisey Raps have published a documentary about Awa Khiwe, titled Zimbabwe’s Rap Queen, which won the Inspiration Award at the Research In Film Awards in the United Kingdom Awa Khiwe is open to collaborating with other musicians, as long as the sound and energy are good.

“I don’t like collaborating with people just to take a shot at making a hit song. I make music from the heart and I prefer to work with like-minded creatives,” she said.

Proudly Zimbabwean, Awa Khiwe always takes to the stage in her beautiful traditional costumes, a far cry from the trending monokini swimsuits associated with American rappers like Cardi B, Megan The Stallion and Nicki Minaj.

Baba Harare opens up on being a sex symbol