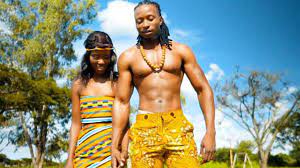 IN his twenties, Braveman Chizvino left his hometown of Masvingo and trekked to Harare with nothing but dreams.
Like most musicians from other towns, the capital city is an ideal place for exploration and growth.
JONATHAN MBIRIYAMVEKA
Fortunately, he hit the big time and earned himself the moniker Baba Harare although he is a native of Masvingo.
Now aged 33, Braveman or is it Baba Harare, is indeed “running the city”.
“I am very proud of my background as a Masvingo transplant. I moved to Harare in my early twenties. The move was purely to widen my musical horizon and make more connections in the industry,” he explained.
Once in Harare, he joined one of the upcoming groups at the time — Jah Prayzah’s Third Generation.
As a band member he rocked the live shows when he performed the lyrics “Baba Harare Musadaro” a popular song that sent fans into delirium.
“I left Third Generation around 2017 because my vision was always to pursue a solo career or start my own band. Working with JP (Jah Prayzah) was as important as it moulded me to become the artiste I am,” Baba Harare said.
Asked if he had any regrets of leaving the group, Baba Harare said he is in a good space.
“I think with any life decision there is always going to be an element of regret. Overally, the decision to go solo was a positive one and I can live with that decision,” he said.
For three straight weeks, Baba Harare has been trending with his latest video featuring comedienne-cum-singer Mai TT on the track Rita.
It is certainly not the best of songs, but for some obscure reason the song was popular among his female fans.
The question is, was it because of Mai TT or perhaps Baba Harare’s charisma?
“I am flattered that my female fans see me as a sex symbol. I see myself as a musician with a very supportive female fan base,” he said.
Explaining the song Rita, Baba Harare said energy was high when he approached Mai TT to feature on the track.
“I released the original Rita to very positive reviews and it was well received by fans. However, the remix was on an Afro-pop beat. I think that and the input from the talented Mai TT made it an instant hit. The video was shot in various locations around Harare,” Baba Harare said.
“Rita was inspired by various abstract romantic ideas. One can imagine an ideal love story when a boy meets a girl and falls in love and lives happily ever after. Rita is based on the ideal love story.”
Baba Harare dropped his debut album — The Reason Why — in 2018 and arguably the title track was his best song with 2.8 million streams on YouTube.
His sophomore album, titled  Ramba Wakadzvanya, was released in 2019. Although it is yet to reach commercial success as The Reason Why, it sort of cemented Baba Harare as a sought-after jiti singer.  Ramba Wakadzvanya has to date streamed 1.6 million views.
According to Baba Harare, jiti as a genre is part of the Zimbabwean cultural fabric and, if kept in its pure form, will transcend generations.
“Jiti will survive for decades to come. I am also excited to see a lot of jiti influences in other genres,” he said.
“I don’t think I was influenced by anyone per se into singing jiti but I think my love for Zimbabwean music inspired me to experiment with various indigenous musical flavours and I ended up falling in love with jiti.
“Jiti involves a lot of satire and word play. It’s a fun genre. I think that’s the beauty of jiti. It’s a safe space to explore word play and music,” he said.
Asked why some of his lyrics are X-rated or lewd, Baba Harare said it was part of the jiti vibe to excite and entertain.
Turning to the future, Baba Harare looks forward to a film debut as and when the opportunity comes. However, he would not be drawn into commenting on his love life, saying: “I am a very private person and choose to keep it that way.”
As they say, money cannot buy you love or style; Baba Harare has earned style simply for being himself.
He deliberately poses for pictures topless, showing off his well-toned abs, much to the delight of his adoring female fans.
Related Topics:
Up Next

There is lot of misogyny on local hip-hop scene, says Awa Khiwe