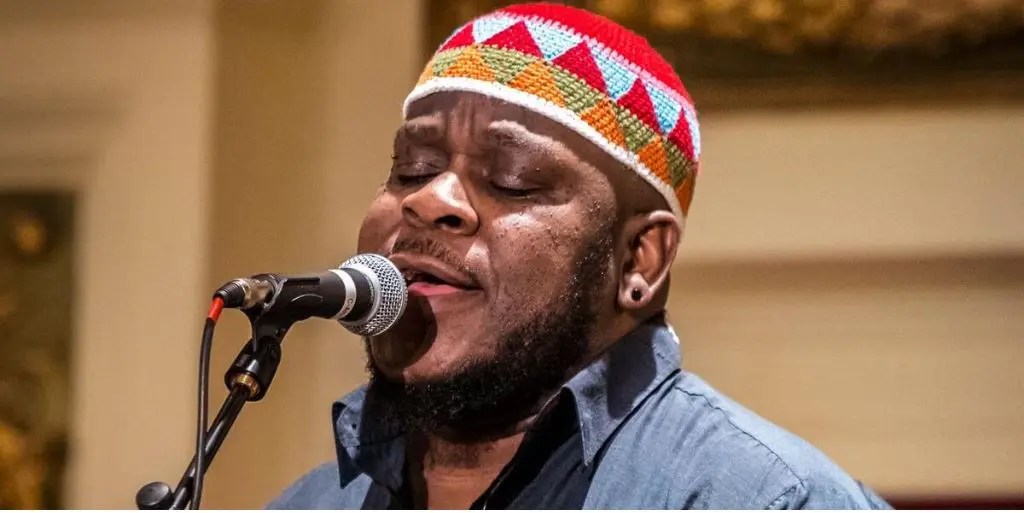 MAKING way to the Academy of Music venue, connoisseurs of music with a taste for the eclectic, organic and the romantic had it coming with a bill featuring the stunning guitar-strapping chanteuse Berita Khumalo of “Ndicel’ iKiss” fame, Bekezela (born Bothwell Nkomo) of “Bekezela” fame, both of whom are South African-based, and Vusa Mkhaya based in Austria.

On 27 December, the intimate gig’s chosen setting spoke volumes about the show organisers’ creative intent. You cannot stage a largely acoustic gig in a wide open outdoor venue such as Hartsfield or Umguza or White City Stadium. You target the audience; the grown and sexy and allow them to sit and watch music drenched in a serene ambience.

Thus the drinks were by the right hand corner. The tickets were being sold right outside the purpose built concert venue. The sound was anchored by established sound outfit Sound Kulcha and it was crisp. What could go wrong?

The audience trickled in and,  as the night wore on, it was sizable. The previous other night, South African Big Zulu of “Imali Eningi” fame had been all the rage in town and attracted a large crowd possibly wiping the slate clean off music lovers’ pockets. VIP tickets had been going for top dollar at US$100 per head.

The supporting acts were Msiz’kay and Vuyo Brown. The headline acts were Mkhaya, Berita and Bekezela who incidentally were the show’s producers. Berita chose an entirely acoustic set of her hit songs. As she sang, the audience was whistling and singing along. She flavoured the performance with bantering and the crowd lapped it all up.

Her guitar playing is formidable and solid. She struck an image of a singer-songwriter very much in charge of her musical direction. It helps that though very visually appealing, she has a demeanour of humility which is irresistible and endearing.

The crowd kept hollering and after an hour of her performance she bowed out before returning with Bekezela for a duet of the song “MaKhumalo”. The song penned by Bekezela is an ode to one “MaKhumalo” and it burned its romantic essence slowly and dizzyingly for the loved-up audience with some couples swaying to its groove.

Bekezela is as self-assured as they come and with good reason. His performance was joyous and he interacted with the crowd as he descended and ascended the stage. He rendered a couple of songs but, of course, he would not have hit the sweet spot without singing the eponymous song “Bekezela” which has garnered him awards.

The moment when he finally sang the song was awe inspiring. The crowd sang along word for word. It is the stuff performing artistes live for: when your audience sings your song line for line as church folk might do with their favourite hymns.

The song is what can be described as a migrant worker’s love letter to a spouse who remained home to be patient. The song is powerful and evocative and it does not seem to be waning in its potency despite the fact of its age. “

“They bring it back to life they repurpose it, they remodel it, It’s got a life of its own. It’s not me.”

How did the concert happen?

“I’ve been doing these one-off gigs in Bulawayo for the past three years. This year I decided to team up with Berita and then she suggested that we rope in Bekezela.

The show was produced and funded by the three of us,” explained Vusa Mkhaya. “The three of us are the producers of the gig.

We then decided to select two local acts to join us. Vuyo Brown and Msiz’Kay are amazing performers, so it was a no brainer for us to select them to be part of the line-up.” According to Bekezela, the organisers asked fans on social media.

“We actually asked Twitter and the two most voted artistes were Msiz’Kay and Vuyo Brown.”

To cap off the night, Vusa Mkhaya came on stage, barefooted and decked out in a black outfit that had a shield and spear emblazoned on the left breast. It was a telling fashion statement. The music simmered and percolated.

Mkhaya’s music is meditative and even a tad spiritual. One catches glimpses of Salif Keita in there. From a branding standpoint, and because the sound is ethereal, it is easy to place Mkhaya in the same league as Jabu Khanyile, Salif Keita and Youssou Ndour. It is mainly the sort of music one listens to rather than dances to. But some could view that as a weakness for not just him but his fellow producers.

To be fair, Mkhaya has some up-tempo ditties which he played and danced along to with the crowd joining in songs such as “Lalela” and “Manyanyatha”.

His communication with the audience demonstrated his understanding of an African griot’s artistic brief: allow the audience to participate in co-creation.

Thus it was, and even the director of ceremonies Mbo Mahocs had a standout moment dancing the famous Kalanga traditional dance Jerimani between one of the breaks.

Still, imagine a journey into a soundscape in which one hears the plaintive tenor of trained musician Mkhaya, born Vusa Ndlovu, serenading and convincing you of his seriousness as an artiste with a social message.

It is in the slower songs that Mkhaya reveals his pedigree, harking back to the days when he plied the world music market with imbube group Insingizi who, by the way, went platinum in Austria. Mkhaya has graced stages in Vienna with musical notaries and his creations have featured as film soundtrack productions.

But the night was about a moment of reconnection with local audiences and staking a claim in the hearts of music lovers, in the process giving them a glimpse of what is involved in live performance on foreign stages.

The band was solid and presented the perfect backdrop for Mkhaya’s voice. “They are tight because I’ve performed with the guitarist, bass guitarist and percussionist on all my gigs in Zimbabwe. They understand my music and sound.

The gig had its doubters and naysayers but, in the end, those who attended got their money’s worth.

“We are happy about last night’s gig. The audience was amazing and the cherry on top is that we manage to break even and all service providers were paid.”

“It felt really special. It felt unlike all the gigs we have done with multitudes of people. We have done 10 000, 40 000 people capacity crowds. Yesterday felt special because we were doing it at home and it was not money-driven. It was that excitement that we were performing ekhaya (at home). I mean I saw Berita having fun like a child. Last night’s show brought the children in us out. We were like kids in a candy store. We really really were playing and having fun. Ukuhlangana singabantu bakoBulawayo (coming together as people of Bulawayo)…it was really blissful,” added Bekezela.