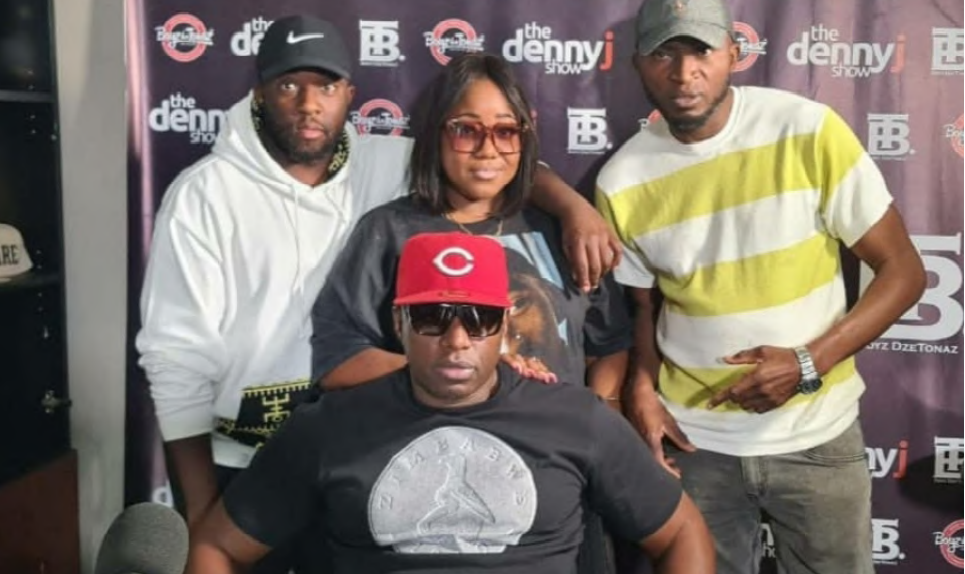 This is perhaps what the new online talk show, The Denny J Show, is all about.

Launched to ZBC TV viewing audiences in 2003 before the streaming platforms like YouTube were introduced, The Denny J Show is back on Boyz DzeTonaz YouTube Channel.

The launch was a culmination of ZBC TV’s bureaucratic bungling and at times rigid rules although oddly enough, they lack content.

“Doing it (the show) online gives us a lot of freedom to be creative. One of the biggest challenges that we faced when we were doing the Denny J Show for ZBC TV back then was that there was a lot of bureaucracy.

“I remember there was a time we did an episode and I was wearing a white vest, you know those white vests that Americans wear.

“So we actually did an episode and then we delivered it to the station and they went through the video tape and gave a review.

“Just because I was wearing that vest we had to retake and reshoot the scene. That bureaucracy associated with productions and delays isn’t there when you’re on YouTube because you’re independent and creative,” said Denny J.

That said, the ambience on the show is quite relaxed as guests are allowed to drink their favourite beverages from expensive champagne to whiskey or cider.

Named after one of the producers and host Denford Jiro, the show has so far streamed five episodes featuring interviews with some of Harare’s sought-after socialites including the likes of DJ Rimo, who was a close ally of the late hustler Genius “Ginimbi” Kandungure, controversial DJ Towers and self-made millionaire Fally Ipupa Jnr.

Socialite Olinda Chapel-Nkomo becomes the first female guest to be featured on the show this weekend.

“An episode can go for an hour or so, but with Olinda it was quite overwhelming so much that we have had to do a part two,” he said.

According to Denny J, the show was founded out of his love for being in front of the cameras.

“Well I have always had love for television but what made us come back this time around is because I missed television and doing what we’re doing.

“Of course, with YouTube it’s easier than when we launched in 2003 to start a show, it’s really out of the love for TV,” he said.

“Nowadays there are so many podcasts worldwide and the format of doing television is so much easier than doing a 25-minute TV programme which has so much work involved in terms of going out to get footage organising sound, lights and so forth.

“This format of doing TV is easier because you just have a set and then you have cameras and even if u make mistakes it is okay. You can actually record mistakes and so on and use them later. So it’s a much easier way of doing a talk show than the format we used to do when we did the original show for ZBC TV”.

Besides the television channel, they also have a clothing label called Boyz DzeTonaz for casual wear.

He and co-host Rungano Matemachani bring out the spark with interesting questions to their guests.

“Rungano has been a friend of ours for the longest time and I identified her talent and charisma. She’s an interesting person so I thought she would be perfect for the role.

“This is because a podcast is really about people talking so the show wouldn’t fly by myself. I had to get someone to co-host and so far it’s going on well,” he said.

Asked what the future holds for the show, Denny J said they were looking at becoming one of the biggest podcasts out of Zimbabwe.

“We would like to create content representative of a progressive and burgeoning Zimbabwe. People should expect more. We want to try and bring big names on the show so that it becomes the biggest podcast in Zimbabwe.

“I just want people to know that we are going to be having several guests and lots of exciting content. A lot of people are phoning us from overseas and lots of people are enjoying watching the show. I think we are bringing something different,” he said.

Related Topics:Denny J
Up Next

Asaph’s record deal will open the door for other artistes