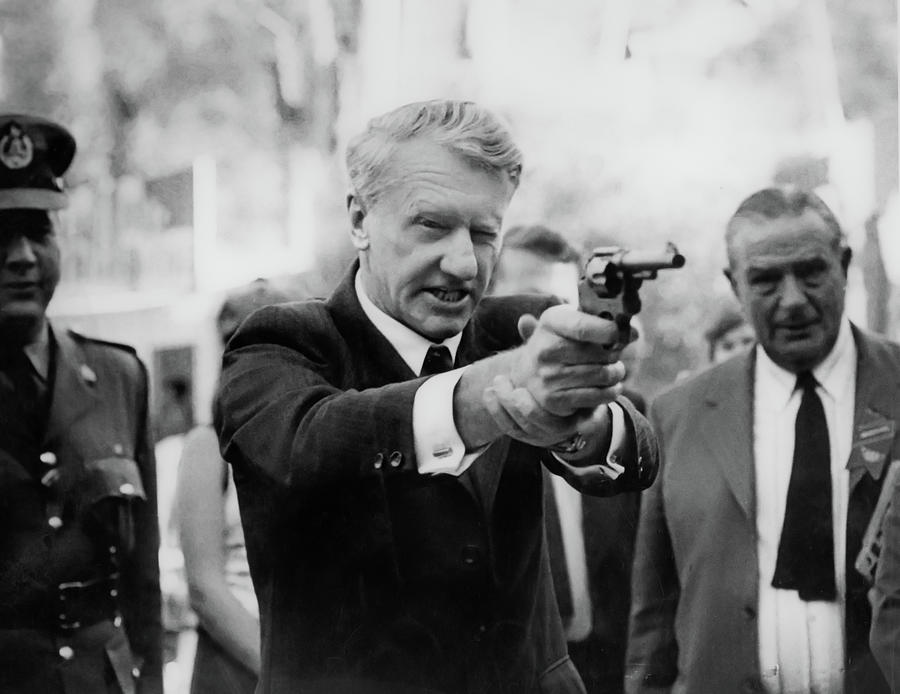 “Is this the land we died for?”

This is a line from Winky D and Shingai’s masterpiece Dzimba Dzemabwe off the new album Eureka.

In this track, and many others, Winky D contributes to the enduring conversation on the value of the liberation legacy in a nation that knows no liberty. A conversation that started a while ago is reignited again as Zimbabwe gears for what is most likely going to be a violent election.

“Ian Smith was better.” Can we even argue about this? Is it not a notorious fact that colonialism was an evil racist system in the category of slavery – vile crimes against humanity?

But, no! It is not so notorious, the young people are saying. Zimbabweans are demanding a conversation on this. They want the liberation struggle to be on trial and they want strict proof that life today in Zimbabwe is better than before Independence, In fact, they are asking, “Judging by the way we live today, was it really worth it?”

It can appear like an irritable itch. A forbidden joke. Or young people just being disrespectful of those who sacrificed so much for the independence of Zimbabwe. Such has been the challenge on the legacy of the liberation war as twimbos [Zimbabweans on Twitter] place the liberation war on trial with the assertion that Ian Smith was better.

Ian Douglas Smith (1919 – 2007) was Rhodesia’s last ruler representing the white minority regime which was forced to hand over power to the black government in 1980 following a protracted war of liberation and negotiations. He is famous for the Unilateral Declaration of Independence (UDI) from the United Kingdom in November 1965 following prolonged disputes over British demands for black majority rule.

Smith remained prime minister of Rhodesia for almost all of the 14 years of international isolation that followed and led the white Rhodesian government to war against black nationalist movements from 1972. The war only ended in 1980 following the Lancaster House Agreement which paved way for Zimbabwe’s first democratic election that brought in the rule of Robert Mugabe.

Zimbabwe’s liberation war was a brutal conflict that is estimated to have taken the lives of over 35 000 people and created national trauma that has taken so long to process. The question of the atrocities that were committed by all sides in the war is a conversation that is yet to happen. While the war ended over 40 years ago, its legacy has continued to grip the nation, consuming every successive generation. Zimbabwe’s constitution in its preamble acknowledges and honours the liberation struggle. Section 3 of the constitution of Zimbabwe outlines the founding values and principles and lists in 3 (1) (i) the recognition of and respect for the liberation struggle.

Save for a few non-significant episodes, Zimbabwe’s liberation struggle has always been a point of convergence for many Zimbabweans. Despite Zanu PF’s attempts to shape the liberation ideology along party orientation, it remains a national legacy.

But perhaps we have taken too many things for granted and became complacent as a nation that by enshrining respect for the liberation struggle in the constitution we had finished the task. And so, some few months ago, some Zimbabweans frustrated by the deteriorating situation in Zimbabwe have started proclaiming that Smith’s Rhodesia was better than Emmerson Mnangagwa’s Zimbabwe. Twimbos started posting online comparisons of life in Rhodesia and life in Zimbabwe. Smith’s long-forgotten quotations began emerging.

“If blacks are to rule themselves people in towns will walk on sewage until they believe it’s normal, all the gains from colonisation will varnish, infrastructure will collapse, roads will be impassable, trains will kill people until they’re abandoned as an unsafe mode of transport,” Smith is alleged to have said.

Accompanying these statements in many spaces are images of the collapsing social infrastructure – bad roads, broken railway systems, non-functioning health system, flowing sewage, among other things that have made life so unbearable in Zimbabwe. To add salt to injury, the elderly have started sharing stories of how milk was delivered for free on the door step, how pensioners lived a life of dignity and how hospitals functioned.

This has triggered the ire of Zanu PF and others who find this unthinkable, unacceptable, and almost blasphemous. The sharpest criticism of these views came from exiled former Information minister in Mugabe’s government, Professor Jonathan Moyo, who wrote on his Twitter handle: “I know I am a sinner and thus an imperfect human being; but zvisinei ndinopika naMwari kuti no person & no political party can piss on the liberation struggle by glorifying Ian Smith for whatever reason, and expect a political dividend from that. Izvo hazvigoni kana zvikaita sei!” tweeted Moyo.

The heated conversations went on, with Zanu PF accusing opposition supporters of amnesia regarding the atrocities of the white minority regime. Opposition leader Nelson Chamisa rightly avoided commenting on the matter.

“It is my view that ZANU PF in its various mutations and formations is uncomfortable with the Ian Smith debate because it has exposed ZANU PF’s tragic failure to manage an economy! That doesn’t make Smith a good man, it merely makes ZANU PF a twin of Ian Smith’s repressive rule!”

As a transitional justice activist, I have followed this conversation with keen interest because it is a learning moment for both citizens and their leaders. It is part of the same polarisation that has characterised the political discourse in Zimbabwe. As my peace and conflict transformation mentor Johan Galtung always emphasised, in moments like these, sometimes the message is not in what is being said, but rather in why these questions are being asked. “Listen to what they are not saying.” Galtung used to say when teaching conflict analysis in my days at the Swisspeace Academy.

Now, it is important to first understand that the debate on the benefits and damages of colonialism is an ancient and yet enduring debate. It is easy to mistake the “Smith was better” conversation as that same debate. True, it can be a debate about anything, but this is a debate on the liberation struggle and its meaning to Africans today. While the liberation struggle on the continent was waged on the universal ideals of freedom and equality, what has been delivered by many of our African leaders in many countries is indeed a betrayal of the liberation struggle itself. In fact, many of these “heroes” of ours have many times trespassed into this truth.

The late Simon Khaya Moyo, when he was still the Zanu PF national chairperson,  told the co-ordinating committee meeting of the 11th Zanu PF National People’s Conference that was held in Mutare in December 2010:

“No liberation movement will ever be replaced by people coming from nowhere. This applies to ZANU–PF in Zimbabwe, ANC in South Africa, FRELIMO in Mozambique, SWAPO in Namibia, MPLA in Angola and Chama Cha Mapinduzi in Tanzania. We are not just neighbours with South Africa. We share a common liberation history, culture and values. Any of us who are not part of this revolutionary journey should think again because the train will not wait for anyone.”

This is a widely held view within Zanu PF, making a mockery of their alleged loyalty to the ideals of the liberation struggle.

In my last contribution to ZimRights’ Defender magazine, I wrote: “The nation Zimbabwe has never been born. It remained an idea during the liberation struggle, but the leaders of Zimbabwe have failed dismally in building a nation. The country has remained severely polarised. Closely linked to that is the privatisation of national memory by a small group of people who claim to be the custodians of the liberation memory.”

As the new generation places the liberation struggle on trial today, we must understand very clearly what this is about. First, it is not a forbidden conversation. These are legitimate questions that young Zimbabweans today must ask about the past, the present and the future. These are questions that go to the heart of the ideals that form the Zimbabwe we all yearn for. Our forefathers and foremothers, before they went to fight the liberation war, envisioned a Zimbabwe in which freedom thrived. Today, young people under the pangs of Zanu PF misrule, envision the same Zimbabwe and see the futility of celebrating a liberation struggle that failed to deliver the freedoms that many people died for. That failure is today killing many of us, even more than those who died during the liberation war.

“Smith was better” is perhaps not a celebration of the white regime. It is a legitimate inquiry into today’s state of affairs and how we have rundown our nation since we took over power. It is a personal and yet collective expression of the frustrations of many who hear stories of a functioning state that served food on the workers, delivered pensions to retirees, and functioning hospitals to the population. It is not an academic conversation on the factual benefits and morality of the colonial rule. Treating it as such is to miss the point and lose a national learning moment.

“Smith was better” is an expression of generational frustrations with the failure by the liberation movements to deliver liberty on the African people. It is the new generation raising a legitimate middle finger at the leaders of today and telling them: “You are a disgrace to the liberation ideals.” But beyond that, and our leaders will be naïve if they miss this signal, this is perhaps a subtle call for Zimbabwe’s second liberation. The people are saying: “If our forefathers and foremothers were justified for taking up arms against the Smith regime, today, we are more than justified for rising against these fake liberators.” As Simon Khaya Moyo confessed, for them power and not liberty is the goal.

Our leaders must get the message. They must not pretend to be illiterate to the signs of the times. The “Smith was better” conversation is not a conversation about Ian Douglas Smith who died in 2007. It is a conversation about the Zanu PF government and all the leaders who swore to uphold the constitution and deliver on the liberation promise. They must be held accountable. And we must talk about their failures boldly. But most importantly, we must speak – without apologies – of the new liberation that is now due.

About the writer: Dzikamai Bere is a Zimbabwean human rights and transitional justice activist. He writes in his personal capacity. Comments on this article can be sent to: [email protected]

What would have ensued if Rhodesians had elected to be part of South Africa?