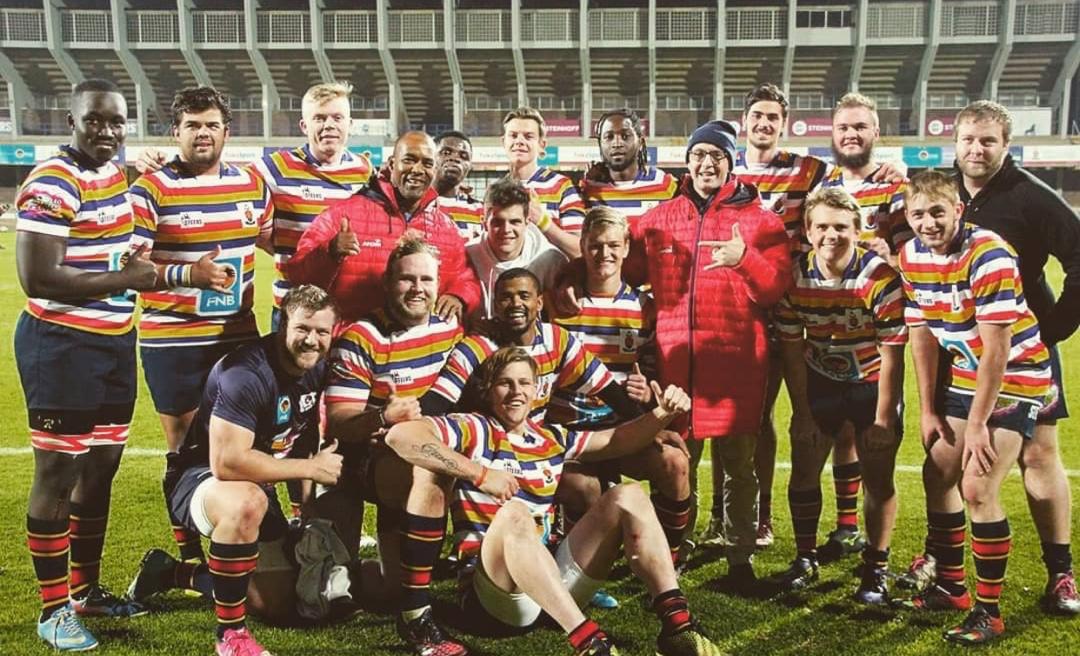 AGENT Sawu’s goal-scoring instinct was not enough to help Zimbabwe qualify for football’s World Cup, but his lookalike son belongs to a good crop of players hoping to guide the country to the highest level of competition, in his chosen sport.

ENOCK MUCHINJO
24-year-old Aaron Sawu has spoken of his delight at his maiden Zimbabwe rugby team call-up, pledging to represent “three important aspects” in his life with immense pride.

“There are three important aspects which are close to my heart,” the younger Sawu tells The NewsHawks.

“These are the Sables, my country, and my dad. To be representing these profoundly important entities, to me, is like a dream come true.”

The rugby star was born in Switzerland, where his father – the former Warriors prolific striker – turned out for five different clubs between 1993 and 2002.

Growing up in Bulawayo, his school, the Christian Brothers College, was where the seed of rugby was sown. His father, who also played locally for Zimbabwe Saints and Dynamos, has been a pillar of support.

“Although I play a different sport from my dad’s, sport to us has always been sport and he would be happy as long I play. He would say ‘any sport is good as long as your heart is playing, not your body, because your body can tire, but your heart never does, and that’s the love of the game’. To me, those words have carried me through every match and they will carry me through all the matches in the Sables team.”

Sawu is now hoping to make his international debut when the Sables kick-start their World Cup qualification campaign in July in Tunisia, incidentally the country where Zimbabwe made their first Africa Cup of Nations appearance, in 2004, with his father in the squad.

“As much as I’m playing alongside some of the most talented men in the country, I’m also representing our glorious country of Zimbabwe, which is bigger than the game. Everyone will be looking up to us and that’s when the heart starts to play. It’s a huge honour to be part of the Sables team. To have the opportunity to represent my country is something I will forever cherish.”

A hooker or flanker, Sawu is comfortable playing in both positions.

“Most rugby players focus on having one style of play, which isn’t an option for me,” he says. “Whether I’m playing flank or hooker, I always make sure that I’m involved in whatever set-plays. Attack and defence plays an important role. The hooker is the engine of the forwards, especially in scrums and line-outs. For me, personally, I balance everything. I do not focus on one style. I do not want to be known in the team as the guy who only tackles and fails to get the points that the team needs. I try to overwork myself, to make sure that I’m good at attack and defence, generally being mobile on the pitch. I also enjoy flank. The primary role is to ensure ball security, dominating collision point, ruck availability, being the link man between forwards and backs, fetching, as well as work-rate in both attack and defence.”

The rougher edges of Sawu’s game were honed in the Varsity Cup in South Africa, where he played for three years while studying at the University of Pretoria.

Currently with Border Bulldogs, the solidly-built utility forward has also previously played for Impala, Limpopo Blue Bulls Under-20s and Boland. Rugby is now Sawu’s chosen career, an important part of his life. But there is an activity that he misses a lit bit from his childhood – snowboarding.

That’s something he will relive on his next visit to his snow-rich birthplace.

When Zifa missed an opportunity to make the right call