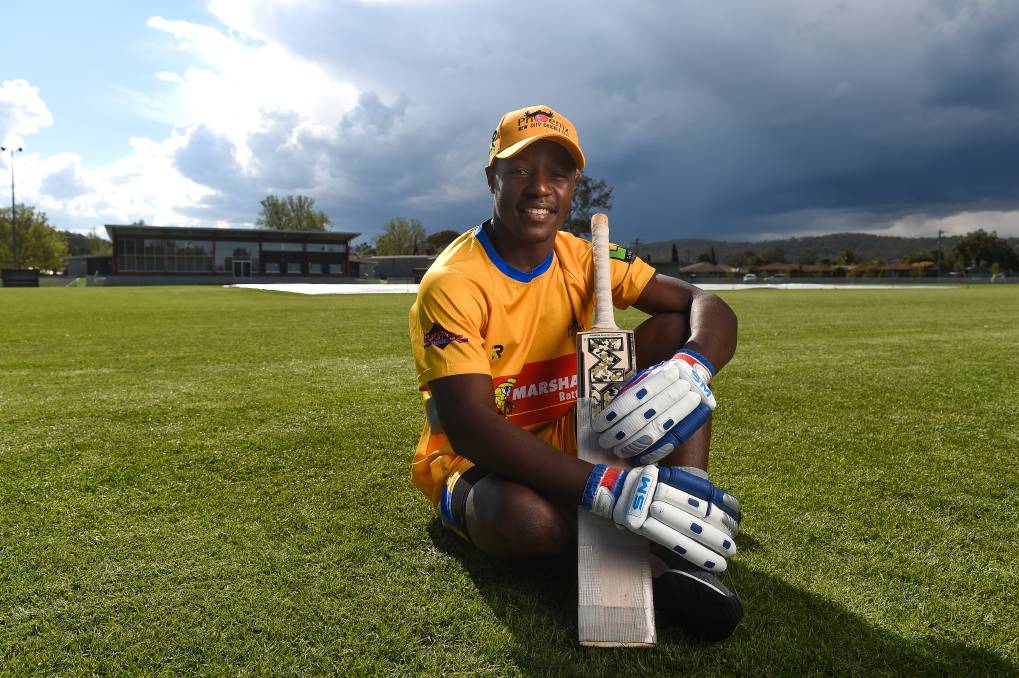 A LOT of gifted black sports stars on the planet persevere against odds to get to the zenith of their careers, deprived of a strong support system, including family.

Without a solid social background, many eventually succumb to the pitfalls of sudden fame and fortune.

Zimbabwean cricketer Tarisai Musakanda’s descent into misfortune, most of it self-inflicted, is therefore rather frustrating to those who know him well, given his upbringing in a supportive family that provided everything a young and promising sportsman needs to reach his fullest potential.

The talented batsman’s father is his biggest fan, and a critic in the same vein.

Usually when members of the group sometimes vent out their frustration on his 27-year-old son for inconsistency on and off the field, he excuses himself and does not react. Obviously, because he would be biased if does.

On one particular occasion, though, Musakanda Snr appeared to also lose his cool during a highly-charged debate over his son after the once promising batter was fired by Australian club New City in 2020 following a drink-drive conviction.

“Musakanda must get his act together if wants to revive his career,” he wrote, interestingly referring to his own son by the family name.

And then, what about this one, a day later, when another regular contributor on the group posted a social picture of the cricketer enjoying himself on a night out with his friends in a pub.

When some members on the group chose to side with the Chevrons batsman, questioning the relevance of the image since everyone is free to have good fun from time to time as they argued, the post however found support from an unlikely source – the under-fire player’s own father.

Musakanda Snr countered: “As fans, when we see pictures like these, we should be forgiven for linking it to the player’s performance, especially if he’s not playing well.”

For the father of such a talented professional sportsman – a highly-rated player once touted by admirers as a future captain of Zimbabwe – it takes remarkable modesty to be contributing as a regular guy in a group of over 200 vocal fans.

But you can also sense the hint of a concerned parent’s frustration. The frustration must have reached boiling point last month, for the family, when Musakanda tragically knocked down former tennis star Gwinyai Chingoka, who died days later from injuries of the accident.

Musakanda appeared in court this week, charged with culpable homicide.

This is Musakanda’s second brush with the law over a driving-related offence, in a space of two years.

While no one was hurt when he was caught driving under the influence of alcohol in an Australian state that has a zero-tolerance approach to such behaviour due to a high rate of traffic-related deaths there, this time around a life has been tragically lost and fatefully it is of a fellow sportsman, related to a pioneering figure in Musakanda’s chosen sport.

The deceased ex-tennis prodigy was the nephew of Peter Chingoka, a ground-breaking black person in cricket, as a player and administrator. His father, Paul Chingoka, was president of Zimbabwe’s tennis federation and later head of the country’s Olympics committee. The two brothers are both late.

His aunt, Patricia Kambarami, is also an accomplished sports administrator. She currently works for the International Cricket Council (ICC) as the regional development manager for Africa, and previously she was the chief operating officer of South African cricket franchise Titans, the first woman to hold such a post.

Former Davis Cup player Gwinyai Chingoka, who was 38 at the time of his untimely death last month, coached young up-and-coming tennis players, away from his day job with a mobile network operator.

He was buried at Warren Hills Cemetery in Harare on 30 January, hundreds of mourners in attendance, including Musakanda family members.

While action was swiftly taken against Musakanda in Australia for his transgression two years ago, we await the court’s ruling in this case at home in Zimbabwe, and the law will take its course. A life dear to his loved ones has been lost, and it hurts terribly. But nobody wants to be responsible for the death of another human being, not least a young professional sportsman with a magnetic personality like Tari Musakanda.

London-based Barbadian-British sports agent Winston Weekes – who has forged close relationships with Zimbabwean cricketers for three decades and has negotiated contracts for a great number of them in the UK – interacted with Musakanda when he played for Barbados Embassy XI in England in 2019 as an invitational player alongside fellow Zimbabwe internationals Regis Chakabva and Shingi Masakadza.

Musakanda had initially arrived in the United Kingdom that summer to play for Budleigh Salterton in Devon, totalling 846 runs from 16 innings, and topping the club’s batting average with 76.91.

“He’s a lovely lad, I don’t want to kick him when he’s down,” Weekes tells The NewsHawks. “I’m absolutely gutted. This kid is so talented. It’s a real tragedy and I’m gutted.”

Musakanda has been fortunate to retain his Zimbabwe contract after the Australia incident of 2020. But things could well change dramatically in the wake of his latest misdemeanour.

“Worse,” says one of his overseas contacts. “Now he can’t come to England or go to Australia or New Zealand because of that drink-drive conviction in Australia. He won’t get a visa, I think he can only travel after 10 years. (However) if lawyers handle the case, he can travel, but the process is long, and they first have to apply for a certificate from the police in Australia before applying for a visa.”

This is a distressing turn of events for a one-time multi-talented teenager, no slouch in the classroom too, a high school hero who broke all sorts of records in all activities he partook.

His parents were always there to help him along the way, supporting his dream by upgrading the schools he attended. From Marondera High School in his hometown of the same name, where he started off, the young man was moved across town to the local private school – Watershed College – when his sporting prowess and classroom grades revealed special traits.

He did not stay long there, dispatched to Prince Edward School in the capital Harare, a perfect place for an all-rounder to carve his sporting niche.

Musakanda shone in cricket and rugby with equal ability at Prince Edward: a dazzling flyhalf for the rugby first XV, playing alongside Luke Jongwe as his scrumhalf in an exciting half-back pairing, the two later to bat together for Zimbabwe’s national cricket team.

It appears uncertain that Musakanda will add to his five Tests, 15 ODIs and 12 T20Is for Zimbabwe in the wake of his latest troubles. It will be a huge relief for his family and friends if he gets his career and life back on track.

Meanwhile, Musakanda’s ordeal over the past two years – unfortunate as it is – can serve as a lesson for other young Zimbabwean cricketers who are lucky to earn much-needed income during the short contracts on the club cricket scene overseas.

Patrick Gada, a former first-class cricketer from Zimbabwe who lives and coaches in England, has taken quite a few cricketers from the homeland under his wing during their UK stints, including Musakanda.

He has a few words of brotherly advice.

“I have seen several young Zimbabwean cricket players coming into England in the last decade,” Gada tells this publication from Northamptonshire.

“When they go abroad, it is sometimes worthwhile to get advice from those who have been here before or have a full understanding of life abroad – the things to look out for and avoid. It can be very easy for a young person to go abroad or come to the UK and be caught up in a culture of alcohol intake, partying or clubbing because others or teammates may do that as a way to relax after a week of hard work. Fair enough, but as an aspiring sports professional, one needs to fully understand the dangers of certain behaviour on and off the cricket field, or how they could eventually affect performance. Too much of everything is bad, as they say. I have seen and heard of some young Zimbabwean cricket people drinking beer for breakfast and from breakfast till dinner or evening time. This cannot be healthy. I feel and in the long run, it could severely affect one’s performance on the cricket field if professional hard work is not put in alongside having a healthy and balanced diet.”

Not hollow words from a recently naturalised British citizen who knows the terrain too well.