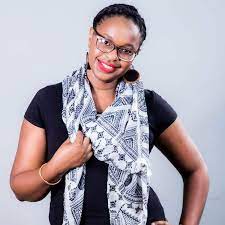 ADVENTUROUS, easy-going and fun-loving journalist-cum-author Bharat Sundaresan – the writer of Indian cricket superstar MS Dhoni’s best-selling biography – came up with what initially sounded like an odd idea at the end of his country’s national team tour here deep in the Zimbabwean winter of 2016.

The tour, which he was covering for The Indian Express, had ended on a Wednesday with the tourists winning both the ODI and T20I contests in Harare. But Bharat’s journey back home, from his maiden trip to Zimbabwe, would only begin at 4pm on the Saturday aboard an Emirates flight.

The call came early Thursday morning from Bharat, full of familiar playfulness, like he’s playing a prank on you.

“What if we take a long road trip around the country? As long as I don’t miss my flight (…laughs). So, let’s say we’ll be back in Harare by Saturday morning!”

The trip would be all-expenses paid for by Bharat, came the offer. All I needed to do was to find a small fuel-efficient vehicle and we were good to go – in any direction!

A third person would join us on the fun trip, a female ex-university mate of Bharat’s Indian colleague.

She was Talent Chademana (pictured), who held an MA in development studies from ISS Erasmus
University Rotterdam in the Netherlands.

I picked up Bharat at his modest hotel lodging around 5pm later in the day. He waited outside, all packed up and checked out of the hotel.

We proceeded to collect Talent at her family’s comfortable suburban home in Emerald Hill.

I had never heard of her before. But she was in her late 20s, stunningly gorgeous, intelligent and a rising start in the civil society sector where she worked for a prominent non-governmental organisation.

Talent was also an activist of note, I later learnt, fighting for social justice and a better life for her fellow citizens.

She gracefully strode towards the car and, as I would find out for myself, Talent was not just a pretty face. She was indeed smart, a focused young professional woman, and a beautiful soul, for good measure.

So, in what direction would we go? She suggested Chimanimani, where she had always wanted to visit, to see the Bridal Veil Falls, and all the other stunning sights of one of Zimbabwe’s most ecologically fascinating areas.

I had also never been there, despite my Manicaland roots. We took off, the two men swapping over driving duties through the evening to Mutare, where after some beers at a popular pub – the teetotaller Talent sticking to her fruit juice – we retired to our separate rooms at a city hotel for the night.

On Friday morning, we left for Chimanimani after breakfast, and this hidden beauty of our country – its mountainous national park as well as majestic and exotic bushes – was everything I had expected.

The friendly locals are deeply immersed into the tourism culture of their town, which makes you feel the air and the magic of the place even more.

In the evening, we manoeuvred up and down the hills to a tourism village where visitors can experience the Zimbabwean rural way of life, get a taste of local dishes and, if you want, play traditional games, have a home-fire hot bath and retire to bed in one of the homestead huts.

Tempting, but Bharat – ever thirsty for adventure and reckoning he had experienced enough of one place – wanted to see more of the Zimbabwean landscape. So he had another idea: drive to Nyanga overnight, sightsee in the morning and then drive to Harare to be at the airport in time for his flight!

I hated to be the spoilsport. But thankfully, quick as a flash, Talent – calculated, fun and a sister figure – shot down the idea. Not the best of decisions for sore heads to get up in the morning, explore a magnificent holiday destination, then drive 268 kilometres for an afternoon flight!

A safer idea, which we settled for, was to drive somewhere closer to Harare during the night, rest, and see around in the morning, in the comfort of being a short distance from the airport.

Chinhoyi Caves it was and it meant driving back to Harare, passing through the capital city, getting a few hours of sleep and touring for an hour or two before a relaxed drive to the airport.

It was on this part of the journey that I discovered what made Talent tick. We spoke freely, the three of us delving deep into the heart of stuff that affect our two countries, and the world in general.

Talent had very strong views on things that mattered to her, her family, her friends and her country – a brilliant mind that begged for a bigger platform to shine to the world.

On occasions on the trip, we held opinions different from each other, and we would openly express these contrasting viewpoints, with Bharat typically smiling and nodding as his two Zimbabwean friends engaged in good-natured debate.

I had only known Talent for a couple of days, on that road trip covering around 1 000km. But I felt I had known her enough over the days to pay fitting tribute when I learnt of the devastating news of her passing in August 2018 at the young age of 31, following a short illness.

At the time of her death, Talent had turned into a well-known broadcast journalist – producing and presenting a breakfast show on local radio station Capitalk – an articulate and knowledgeable presenter who had amassed quite a following over a short period of time.

I was not able to write when she died, because of other commitments, but an opportunity has presented itself now, albeit in happier circumstances.

Talent was a proud person, proud of her achievements, proud of the people closest to her and proud of the success of everybody whose paths she crossed during her short but fulfilling life.

She was not a sport fan, but on that trip four years ago, she told us of her pleasant surprise one day at coming across a newspaper article about a former classmate of hers, Langton Rusere, who was now rising quickly as an umpire in Zimbabwean cricket.

Three months after Talent’s passing, Rusere was becoming the first Zimbabwean umpire to stand in the final of a major global cricket tournament, when he officiated in the last match of the ICC Women’s World T20 between Australia and England in the West indies in 2018.

The two had gone to Victoria High School in their hometown, Masvingo, where Rusere was introduced to cricket. Rusere never played cricket to a reasonably high level. He found solace in his deep knowledge of the game, so turned to umpiring early, then a rare occupation for someone young, especially a person of colour.

Talent opined in 2016 that umpiring suited her dear old friend because at school he had been a bright student, focused, disciplined and well-grounded.

How those words also aptly described Talent herself, I thought to myself. Maybe this is how they make them at Vic High, or in Masvingo. They ought to be extremely proud of their ilk over there.

Last week, Rusere’s umpiring career finally propelled him to the highest level of the game when the 35-year-old was one of the on-field umpires for the first Test match between Zimbabwe and Pakistan in Harare.

In doing so, Rusere made history by becoming the first black African to umpire in Test cricket.
Previously, only blacks from the West Indies had officiated in the game’s premier format, with some of us having grown up on a strong diet of the legendary Jamaican umpire Steve Bucknor.

It is no mean feat for Rusere when you also take into account that just three Zimbabwean umpires before him – Kevan Barbour, Russell Tiffin and the late Ian Robinson – have umpired in Test matches.

Well done, Langton, the sky is the limit, champ. I know, too, that Talent would have been so proud of you.