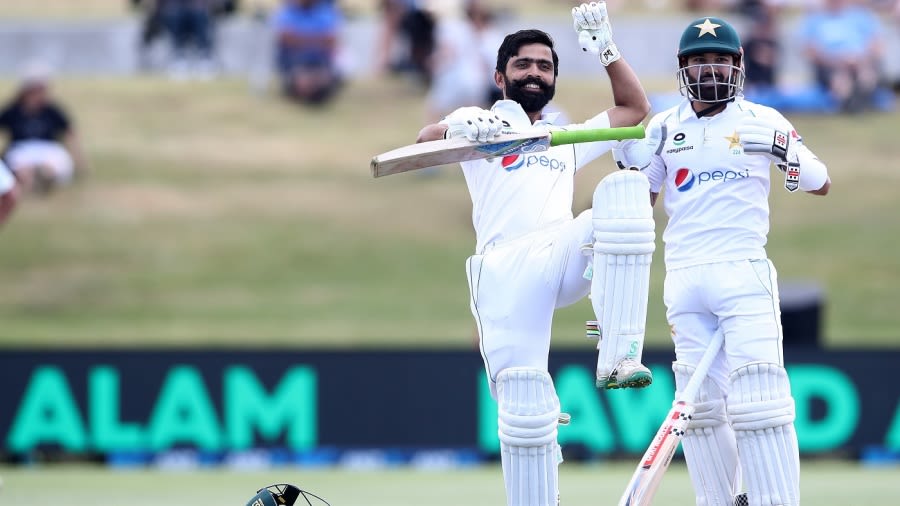 FAWAD Alam cracked an undefeated century, his fourth in Tests, as Pakistan ended day two of the first contest with a commanding lead of 198 against battling Zimbabwe, who were bundled out for a measly 176 in their first innings.

ENOCK MUCHINJO at Harare Sports Club
35-year-old left-hander Alam (108 not out) dominated the Zimbabwean bowlers, who toiled hard on a wicket that has been good for batting so for in the Test.

The Asian giants finished the day on 374-6, losing all six wickets on Friday, having continued on 103 for no loss from day one.

Pakistan openers Imran Butt (91) and Abid Ali (60) had set the foundation for their side at the top of the order, allowing centurion Alam, Azhar Ali (36) and Mohammad Rizwan (45) to put the tourists in firm control of the match.

On Thursday, Pakistan seamers Hasan Ali and Shaheen Shah Afridi took four wickets apiece, bowling with discipline to rattle the hosts, who didn’t apply themselves well enough on a good batting wicket and were guilty of soft dismissals.

26-year-old Ali, who varied his deliveries admirably throughout, set the tone for Pakistan before lunch with two scalps, making Zimbabwe opener Kevin Kasuza play onto his stumps for 14. He then had the host’s stand-in skipper Brendan Taylor (5) caught in the slips by Faheem Ashraful while chasing a wide delivery.

After the break, debutant Roy Kaia fell two runs short of a half-century when Ali trapped him leg before with a perfect yorker, having bombarded the 29-year-old newcomer with an assortment of short-pitched balls.

Chakabva (19) then edged a full Ali delivery to third slip, where Butt took a comfortable catch.
Afridi, had earlier on in the day removed the other Zimbabwe opener, Prince Masvaure, who was caught in the slips by Butt.

The much quicker Afridi wiped out Zimbabwe’s tail by clean-bowling the last three – Tendai Chisoro (9), Blessing Muzarabani (14), and Richard Ngarava (1).

Left-arm spinner Nauman Ali bowled Tarisai Musakanda for 14 while debutant Milton Shumba (27) was run out by a combination of Butt and Sajid Khan for Pakistan’s other wicket.

Zimbabwe, missing three experienced players for the two-match series, had its woes compounded further when captain Sean Williams failed to recover from a soft-tissue injury on the eve of the Test.
Batsmen Shumba and Kaia are making their Test debuts alongside seam bowler Ngarava.

Pakistan itself has handed a debut to bowling all-rounder Sajid Khan.

The Asian side comes into the Tests on the back of a strong run of form in white-ball cricket. Pakistan won a one-day international and Twenty20 series in South Africa and then a T20 series in Zimbabwe on their tour of southern Africa.

Zimbabwe is desperate to prove its longer-format pedigree, having drawn its last Test series against minnows Afghanistan in the United Arab Emirates.