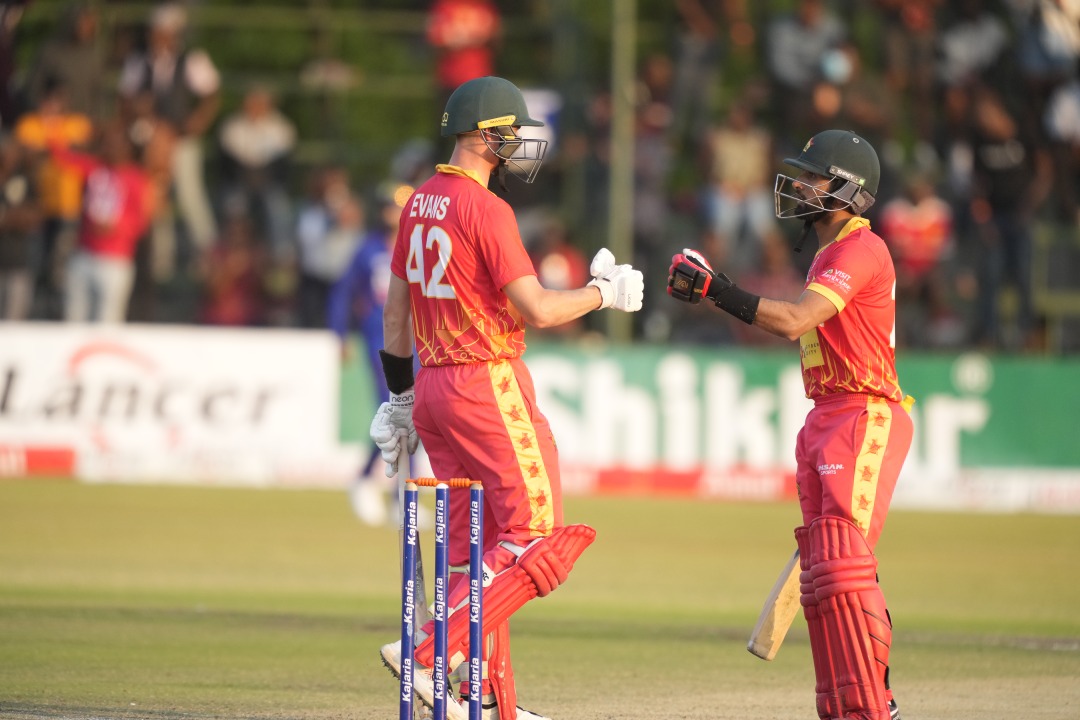 INSIPID and uninspiring would be fair to describe some of the post-match Press conferences involving Zimbabwe’s cricket team.

Most are a damp squib, to be honest, because the responses from the players are nondescript, the “we would have won if we bowled well” kind of stuff, desperately frustrating for on-deadline reporters eager to draw the juicy bits to file to expectant editors.

Let’s not be too harsh, though, because diction understandably fails many non-native English speakers on the appropriate words to use, especially in a packed Press-room when the cameras of journalists are flashing away and the notebooks are out.

We ought to also take it on the chin, us guys in the fourth estate, for the equally dreary questioning that prompt befitting tedious answers.

Take, for instance, in the recent ODI series against India, how Zimbabwe’s stand-in captain Regis Chakabva had to field a question about the condition of the pitch for the next match, with the covers back on and 72 hours before the next tie.

Thanks to good old Reggie, you can always count on this chap to spare others the blushes as he did on that occasion with the touch of a seasoned professional that he is.

But then again words, in the world we live and work in, are powerful. They are an impression of intent, in professional sports – whether one wins or loses.

When Brad Evans was brought to the presser to speak about his record five-wicket haul in the last ODI on Monday, Press corps were keen on the story behind the 25-year-old rookie pacer after he became only the third Zimbabwean bowler to take a five-for against India, following in the footsteps of the legendary pair of Heath Streak and Eddo Brandes who both achieved the feat 25 years ago.

A formal question-and-answer session that started rather tensely for the young all-rounder – understandably so for a novice who had never been put in front of probing reporters before – turned into a refreshingly pleasant off-the-cuff chat once Evans relaxed and got into the groove.

For example, he spoke about how wonderful it felt to be in the illustrious company of Streak and Brandes, who he had learnt a lot from growing up as the two ex-national team bowling aces were friends of his father, former Zimbabwe batsman Craig Evans.

Evans added how “really cool” it was to finally play against Shubman Gill, revealing without shame being a big fan of the Indian batting prodigy, who he had only previously watched on TV in the IPL and during India’s sensational Test series win away to Australia last year.

For good measure, Evans even brought to the Press conference a signed shirt of Gill, which the prolific man-of-the-series was only too happy to hand over after a special request by the Zimbabwe newcomer.

But as much as Evans was awestruck by sharing an international cricket field with his idol, which would have been unthinkable for him just a few months ago, he was still aware of his own worth and that of his team.

“These guys might be superstars, but they are human,” boldly remarked Evans, adding his conviction that the Zimbabwe side was “at par” with the Asian giants.

The only difference, he stated further, was that the other teams like India “contributed throughout (the innings)” while for Zimbabwe “only three or four guys” contribute meaningfully.

Indirect dig at his own team-mates you could say, but I would like to call it a blunt group evaluation that can only be good for this team going forward as signs of a turnaround continue to show.

Evans was not done, adding this as a parting shot: “I play cricket because I believe I can offer cricket something. I wouldn’t be playing if I didn’t believe I could win games for Zimbabwe and take my name outside Zimbabwe into the T20 games and stuff like that. I still don’t think I have delivered my best performance yet. So being able to do this, knowing that I’ve got more in the tank, is huge. I want to take my cricket as far as possible. If that means IPL, it means a dream I’ve had since it started, it’s something I’ve always wanted to do. So I’ll keep working hard and try to get there one day.”

As he spoke on, one could not mistake the fire in Evans’ eyes. For me it was hardly surprising, for in front of us was not just a young newcomer, but a fierce fighter who has been spending time and batting gallantly alongside the superman Sikandar Raza, whose infectious work ethic and bravery are of immense value to this Zimbabwe team.

I was there around 16 years ago during Raza’s early days in Zimbabwe, the Pakistan-born talisman having initially arrived in this country primarily for other interests not exactly related to cricket. Probably with an illusion about international cricket too, and like Brad Evans a year ago, still seeing himself as just a fan of others.

It took just one free afternoon of watching some of Zimbabwe’s best national team players feature in a domestic game for Raza to conclude that if these guys could be internationals, so could he.

So Alexandra Sports Club in Harare was where the international cricket dream started for a young man whose childhood aspirations had been to become a fighter pilot.

But from that modestly-assembled Alex side of 2006-07 – if one had hinted at possible future selections into Zimbabwe’s national team – players like Kuda Samunderu, Thomas Dangarembizi and club captain Brighton Benhura would have been considered those days to be far ahead of Raza in the queue.

And even as he was mercilessly tearing bowling attacks apart every week at grounds across the country in the Vigne Cup and National League, Raza was deemed nothing more than a slogger, a batsman who wouldn’t survive the intensity of international cricket due to a supposed technique deficiency and limited shot selection.

Today Raza is one of the most talked about batsmen in the limited-over formats of world cricket in the wake of his scintillating form for his adopted country.

And like Raza, you feel like Evans has walked into this environment of international cricket and discovered that no matter who you are, no matter the opponent, it is all about the attitude once one is out on the park.

You get a sense from the conversation with Evans on Monday that new as he is in the team, inside this bright prospect is a burning frustration that not all 11 men are able to push themselves to the limit at the same time in the colours of Zimbabwe.

But such a positive attitude does give a glimmer of hope for the future.

Once the players themselves start seeing things through self-reflecting lens like this, and demanding high standards of each other in the dressing-room, it is a starting point in the long walk to where this Zimbabwe side should to be.

‘You need to pick your battles’: Zim head to two World Cups