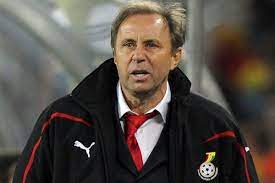 IT is almost a given that any African footballer that plays regularly in Serie A, one of the best leagues in the world, will walk into his national team without a second thought on the coach’s part.

But having the right attitude determines a player’s relationship with his national team, the coaches, the fans, and the federation.

Even the pampered footballers themselves, with their extravagant salaries in Europe, will not enjoy a great relationship with the national side if the marriage is lopsided – the “I’m doing you a favour kind of relationship”!

In times when professional sport has increasingly become scientific – where the mindset and attitude of players are as important as ever – the coaches have moved with the times regarding managing egos in the dressing room.

These fellows, who always have a noose around their necks, are no longer afraid to make big decisions

when it comes to players because, ultimately, the coach is the one to pay the price for bad results.

A chat this week with a colleague in Ghana ahead of the Black Stars’ World Cup qualifier with Zimbabwe in Cape Coast tomorrow provided further insight into the extent the modern-day coach is having to navigate the unforgiving terrain of his job.

For the two double-header qualifiers against the Warriors this Saturday and Tuesday, the Ghanaians have not included some key players of theirs based overseas.

Milan Rajevac (pictured), who is beginning his second spell as Ghana’s coach, is said to have been particularly miffed by Italy-based star Alfred Duncan, who turns out for Series A side Fiorentina.

It is said that the 28-year-old midfielder had initially indicated that he would not be available for the two matches against Zimbabwe because he was unfit, and to prove that he was indeed injured, Duncan even sent medical scans to the Ghana Football Association.

It was somewhat surprising that just hours after his message home, Duncan did feature in Fiorentina’s 2-1 defeat to Napoli on Sunday upon which, after the game, he called Rajevac to inform the Serbian gaffer that he was now available to play for the Black Stars after all.

An unimpressed Rajevac is said to have retorted sharply, telling Duncan not to even bother himself and adding on, in fact, that he was not part of his plans in the first place!

It takes some guts, does it not? But then it can also be your downfall when things do not go according to script. Oh well, that will be quite nice actually for us, Zimbabwe, if it turns out that way!

Another way to look at it is that maybe the principles behind such radical decisions outweigh the consequences, no matter how unfavourable.  A point has been made, and Ghana is not the only African country that constantly face such issues with their players.

Pity, it has to take expatriate coaches to reject condescending attitude towards important national institutions. But that is beside the point.

Black market war: No one wins