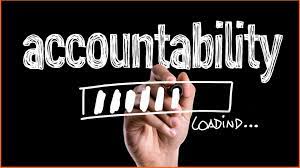 IT has been an honour to be part of the Zimbabwe Coalition on Debt and Development (Zimcodd) #HowFar campaign.

The idea of running an accountability campaign using a very pithy question often used by Zimbabweans from all walks of life when soliciting for a detailed update on an issue, just blew my mind and got me excited.

The campaign created a storm amongst the citizens, triggering an avalanche of questions posed by citizens, making it clear more has to be done to make information more public, open and accessible. It resonated with the citizens as it is common street lingo harnessed to be an agency igniter.

The question How Far? sounded very relevant to use in public affairs and easy to get traction from the citizens to ask the government questions regarding public finance accountability based on promises and mandate of the government as stewards of the public purse.

Zimbabwe suffers many accountability deficits from its leadership. History throughout has exposed scandals and mismanagement of public funds. We have heard before of the Marange diamond mining saga, in which proceeds worth billions of US dollars have not been accounted for.

What a missed opportunity to transform the economy! The Mkonoweshuro public service audit exposed many ghost workers, explaining a ballooning public service wage bill. There was the Chindori- Chininga diamond report and many others complemented by annual reports of the Auditor-General. These are basic contextual issues that have to be dealt with if we are going to build the trust and confidence.

The #HowFar campaign was inspired by the need to facilitate a multi-channel communication public platform focused on facilitating citizens` involvement in making public finance management and policy more pro-people and pro-poor. The questions that need answers from the authorities in Zimbabwe are many and the campaign tackled some of them, both online and on the streets.

One Zimcodd billboard asked: How Far with mega deals? This is a fundamental question for many Zimbabweans who are living in extreme poverty as 49% of the population in Zimbabwe lives in extreme poverty. Inequalities and lack of access to basic services are the lived realities of the majority of Zimbabweans.

This reality is a dissonance to the government pronouncements of mega deals that amount to close to US$20.1 billion since 2017. Zimbabweans are looking for transformational government projects that address their basic needs such as health, food, water, education and decent jobs. Surely any mega deal for Zimbabweans has to be linked to addressing the triple burden of poverty, unemployment and inequalities.  Anything that does not in real terms speak to their access and disposable incomes only remains delusional and schizophrenic.

Another question was How Far with the implementation of the Office of the Auditor-General’s recommendations? To date, the Auditor-General has made 356 recommendations but only 92 of them have been fully implemented, representing 26% commitment to address the findings. Of the 92 local authorities, only 23 councils have submitted financial statements for 2019. These anomalies defeat the constitutional principles of transparency and accountability in public finance management under section 298 (1) (a) and the oversight role of Parliament under section 299 of the constitution. While Zimbabwe fails to finance its own development, bemoans sanctions and alienation from the international community and remains with a huge official debt overhang of US$10.5 billion, it has enormous opportunities to build its own development financing agency if recommendations to plug leakages are implemented.

Talking of the Auditor-General’s recommendations, one of the key asks under the #HowFar campaign has been the curbing of grand corruption. Corruption is a form of tax borne by the citizens and it is their right to ask that corruption cases be arrested, prosecuted, charged and the loot be recovered.

The question demanded answers to the Draxgate, National  Social Security Authority (Nssa) and Zimbabwe National Road Administration (Zinara) scandals. A quick scan of the corruption scandals in agriculture, energy, infrastructure, transport and telecoms shows that the government has lost at least US$5.8 billion.

The leakages are at procurement and execution stages where the government gets a raw deal due to lack of due diligence, violation of constitutional provisions requiring parliamentary approval for certain deals and inflated prices emanating from the opacity in the awarding of contracts. For example, Kariba South Hydro Expansion was constructed by Sinohydro using a loan from the Exim Bank of China to the tune of US$533 million for 300 megawatts (MW), yet Zambia just across the border paid US$278 million for 360MW!

Another example is of the NetOne Telecoms Infrastructure Upgrade; a mega deal of US$218 million. NetOne was prejudiced US$78 million from overcharging by Huawei, its infrastructure partner. The company was supposed to pay US$120 million or, in a worst-case scenario, cough up a maximum of US$140 million. A number of government projects could have cost less with more transparency, due diligence and negotiations.

The How Far question, therefore, is a way of unravelling “tenderpreneurship” and bringing the government to account. The accountability campaign demands answers that speak to improvement in public procurement, the contracting of projects and getting the best deals that deliver on minimum costs, given the tight fiscal space.

Many other questions have been asked under the #HowFar campaign on debt management, public service delivery, alignment of laws to the constitution, among other critical public interest questions.

While the “what” answer is important, the How Far question can never be exhausted by just answering that part of the question. Transparency and accountability questions like How Far require detailed answers and the pathway to answering the question goes through being answerable in terms of: How is it being done? Who did what? When exactly will the work be completed?

A few days after the Zimcodd-facilitated #HowFar campaign billboards were put up, unidentified people vandalised and defaced the one billboard asking for accountability over the Draxgate scandal.

The government quickly responded to the campaign blandly, saying, “So-far-so-good,” which is not comprehensive enough to answer to this critical question from citizens,  from whom the power to govern is derived. It is a response that perfectly fits within the mirror and window analogy. Answering the How Far question cannot be done only using the mirror view which concentrates only on the image in the mirror. The window view approach will give aof  full range answers as it entails being answerable to processes, obstacles, storms in the utilisation of public funds and offices that the government has a mandate for prudent stewardship.

To build a culture of transparency and accountability, there is a need for both a proactive citizenry and government. In the founding values and principles of the Zimbabwean constitution, section 3 (2) (f) says there must be respect for the people of Zimbabwe from whom the authority to govern is derived.

The hallmark of that respect is ensuring that there is transparency, justice, accountability and responsiveness to both private and public questions that seek to foster the culture of accountability. While the government has enacted the Freedom of Information Act (FoIA), which the citizens must be proactive in making use of, the government must also be proactive in disposing and putting in the public domain public interest information as not all citizens have the capacity or capabilities to apply for information from government departments.

The government can achieve this by facilitating the following key principles of openness:

Effective Participation – This entails informing, consulting, empowering citizens to be part of decision-making processes. This is in line with section 13 of the constitution which provides for the kind of national development that is empowering and agency giving. While Parliament plays its role or representation, that is in no way substitution of the people’s voice where it matters.

The new dispensation must revisit the Chindori-Chininga 2013 report to Parliament which exposed the glaring gap when it comes to ministerial accountability to Parliament. While that report was on the diamond sector, the overstepping of parliamentary roles is similar across sectors and in key decision-making such as the management of the Consolidated Revenue Fund, debt management, government agreements with foreign entities and contractual matters with fiscal obligations.

Transparency and accountability – The government must actively account for its actions and inactions and take public responsibility for those actions by commission or omission. Being answerable publicly is a sign of a maturing democracy and answering publicly to the How Far question rather than condescending through the mirror image defeats the “new” in the dispensation.

Open Data – This means the government must be active in providing open, complete, primary, timely, accessible, machine processable, non-discriminatory, non-proprietary, licence-free data which must be made available and in accordance with international standards for publishing data on the web.

This will reduce applications for information by citizens, simplify access to information protocols. This is easy to do as every government ministry has an information officer. The information officer must be charged with consolidating all information and feeding into an open data portal. This includes circulating the information in easy-to-understand language such that it reaches its full potential through targeting the most marginalised in terms of receiving balanced information from different sources.

Promoting collaborations and complementarity – Zimbabwe has gone through many decades of binary narratives reducing accountability questions to toxic political questions. Being responsive to the How Far question can be leveraged on by both the government and the citizens to collaborate and co-create policies and practices that build stronger social contract and responsibility for a more just and equitable Zimbabwe. The government and the citizens alike have to embrace inclusion and diversity in policy matters.

Ordinary Zimbabweans from all walks of life should take the opportunity to join the #HowFar campaign and ask questions that demand accountability at all levels of government. The government can say all the right things by using the mirror, but it is the citizens who can give the window view and assess government commitment to being transparent and accountable.

True development does not build high walls around projects, it must allow public scrutiny and it is about empowering the citizens for self-sustenance and keeping those that govern in check. When we ask How Far, we expect detailed responses from the government and clear steps to entrench accountability in public finances and governance, no less.

*About the writer: Janet Zhou is the executive director of the Zimbabwe Coalition On Debt and Development (Zimcodd), a socio-economic justice movement. She writes in her own capacity. Twitter handle: @JanetZhou_Mago

Sometimes, all it takes is a little bit of respect