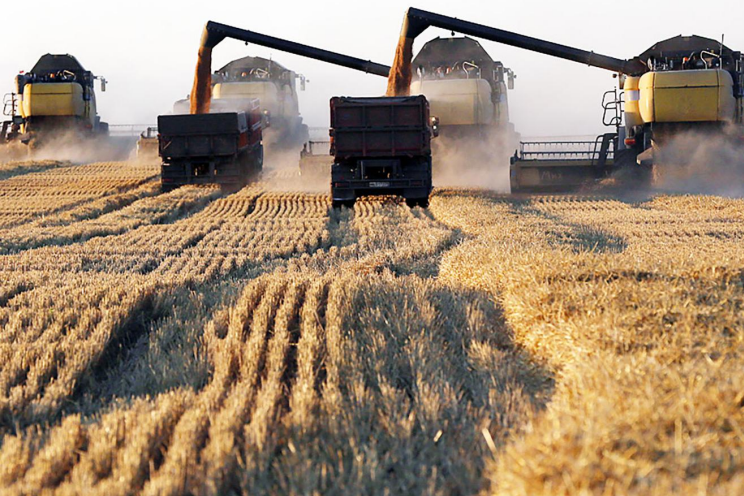 ZIMBABWE may be far-away from the Russian-Ukraine war, but it is set to suffer the consequences of the bloody conflict within the next few days, as the southern African country largely relies on Russia wheat for its bread, among other commodities.

Russia is the world’s number one wheat exporter, while Ukraine is among the top five wheat exporters worldwide and their conflict, observers say, will harm vulnerable countries, including Zimbabwe, which relies on Russia for at least 50% of its imported wheat. Wheat from Russia and Ukraine constitutes 40% of world’s wheat production.

The Grain Millers’ Association of Zimbabwe (GMAZ) confirmed the looming crisis this week, saying the country was reliant on the eastern European country that is now fully focused on its attack of Ukraine that began last week and is spreading across cities.

“In Zimbabwe, Russian wheat accounts for 50% of our imports and we use it mainly for production of bread flour and self-raising flour,” GMAZ chairman Tafadzwa Musarara said.

He said the impact of the war was already being felt across the globe and Zimbabwe was no exception and warned that it will get worse.

“The world supply situation is expected to worsen in the next weeks as market speculators dig in. The Russian-Ukraine war is unsettling the world wheat supply matrix and increase in wheat prices are now being felt in Beijing, Egypt, Italy and the entire African countries,” Musarara added.

“It’s heavily anticipated that Nato countries, 70% of them are wheat producers and exporters, are going to escalate the war and consequently reduce drastically their wheat exporters, as they will be prioritising their national grain cover.”

Musarara said currently, the imported wheat in the country was on the low side, with prices already increasing.

“The imported wheat component is currently 30% and the prices of this imported wheat has started to surge, and expected to worsen,” the GMAZ chairperson told The NewsHawks.

Government remained mum, however, on the impending crisis, with Agriculture permanent secretary John Bhasera initially requesting questions in writing, but was yet to respond despite him seeing the inquiries from The NewsHawks.

Bread producers said hardly a week into the Russia-Ukraine war, wheat prices have already surged to record levels, with traders panicking as traders fear exports from Ukraine could slow down or stop completely, as Russian troops swoop on the country’s ports.

Exports are being disrupted in Russia, as several companies are stopping business with President Vladimir Putin’s administration.

“We’re talking about something that would really disrupt production,” Joseph Glauber, a senior research fellow at the International Food Policy Research Institute, was quoted as saying.

“The fact that it’s happening in one of the breadbasket areas of the world is what’s so worrisome.” Media reports state that even before the war began, global markets were already strained by the ongoing Covid-19 pandemic and regional droughts that severely affected production and fueled inflation. This is “coming on top of a tightness in global supply. This couldn’t have come at a worse time,” said Glauber, the former chief economist at the US Agriculture Department.

Meanwhile, Zimbabwe this week abstained from voting against Russia when the United Nations General Assembly put the Ukraine crisis for a vote on Wednesday.

The vote was 141 to 5, with 35 abstentions after the 193-member assembly convened its first emergency session since 1997. Acting Foreign Affairs minister Amon Murwira said Zimbabwe was for dialogue between Russia and Ukraine instead of sanctions as they will only worsen human suffering.

“We wish to assure you that Zimbabwe is a strong believer in the United Nations Charter and all its principles and purposes including the peaceful settlement of disputes,” Murwira said.

“The situation in Ukraine is a very complex one and is deeply rooted in the history and geopolitics of that region. Zimbabwe believes that it is the duty of the international community not to make that situation more complex than it already is,” he said.

Zimbabwe pleaded with the international community to tirelessly work towards the facilitation of dialogue aimed at finding a durable solution to the situation.

He said the country was not convinced that the resolution adopted yesterday was pointing to the direction of dialogue, saying it was actually pouring more fuel into the fire thus further complicating the situation.