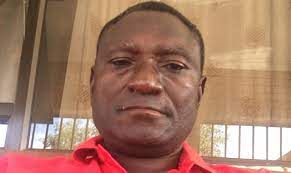 ZANU PF members of Parliament have renewed their plot to bring in laws that seek to bar opposition leaders, particularly those from the Citizens’ Coalition for Change (CCC), from contesting in national elections or holding any public office as punishment for allegedly hobnobbing with the West and calling for sanctions.

This, observers said, was a desperate attempt to frustrate the opposition that is also reeling from myriad laws that seek to silence critics ahead of the 2023 elections.

Zanu PF has also tried in the past to push for the age limit to 50 years for those seeking to contest for the post of President in a bid to bar Chamisa who turns 45 next year.

The ruling party’s chief chip, Pupurai Togarepi, this week moved a motion condemning people who call for unwarranted sanctions on the country and that they be blocked from participating in political activities.

This was in apparent reference to the CCC leadership Zanu PF has consistently accused of working with the West to effect regime change in the country.

“Concerned that each time the country gears for elections, such political malcontents rear their ugly heads and start speaking with forked tongues wherein they advocate for sanctions on one hand and still want to participate in fair and free elections on the other hand without any repercussions for their unpatriotic and destructive utterances and calls for the tightening of sanctions,” Togarepi said.

“Now, therefore, calls upon this House to condemn in the strongest of terms such people who have nothing to contribute to our nation other than to call for these unwarranted sanctions on our country.”

“…the banning of holding of government office positions by those who continue to advocate for sanctions against the county and yet still continue to enjoy benefits from such responsibilities.”

Togarepi also moved for the banning of the swearing into office of anyone advocating for sanctions against the country.

“If there are international events like CHOGM [Commonwealth Heads of Government Meeting] in Rwanda, that is when you start hearing stories, people manufacturing stories that will see Zimbabwe being labelled for things that we may not have done, even when there are only investigations.  They do not listen to that, they take legal issues into politics, criminal issues into politics.  We have characters who peddle lies and they claim to be political leaders.”

“…it is my strong view that those people who are politicians today, who are leaders of political parties, who are religious leaders; you also see some people who claim to be pastors or reverends getting into politics to tarnish the image of the country.”

“When we have characters like that, there should be laws and one of those laws is the Patriotic Act.  People who can go around the world demonising their country then come back to enjoy the same benefits from a country they are trying to destroy must face the music.  They will remain citizens of this country, but they cannot hold political offices after the people of Zimbabwe have suffered.”

Nguluvhe said: “Definitely, you cannot sacrifice the people to suffer in order for you to get to State House. I do not know if the lawyers in this country can assist us to come up with a law which says if you are found guilty you are not supposed to hold such an office.”

Gweru Urban MP Brian Dube said there was need for dialogue as a country.

“My idea is that these political leaders that we have today must swallow their pride from across the political divide and understand that they have a responsibility not to incite their followers and supporters not to be insulting other people and agree that different as we are, we remain Zimbabweans.”

The Zanu PF regime is also seeking to push through other laws, including the Private Voluntary Organisations (PVOs) Amendment Act, that observers say was meant to silence civil society organisations perceived critical to the government.