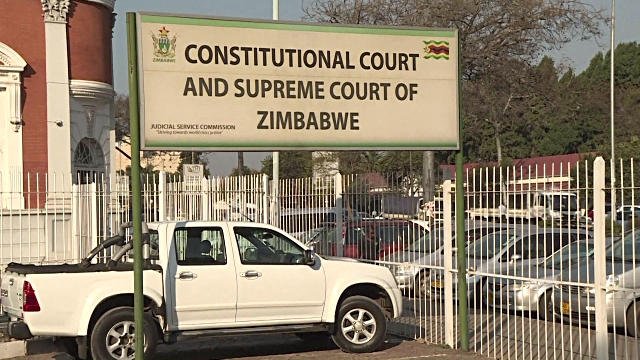 GIVEN that the rule of law is fundamental to political stability as well as peace and security, it is hardly arguable that the level at which it is upheld directly corelates to the socio-economic progress of a nation.

Developing economies like Zimbabwe, even more so, need the rule of law for stability and development. It is this consideration that motivates for a general and broad-based appreciation of the concept of rule of law by Zimbabweans, leaders and citizens alike.

Ultimately, the promotion of the rule of law “is explicitly bound up with the primary currents of international political and economic development, and today provides a leading language for the articulation and justification of overarching public policy orientations”.

It is also explicitly bound up with socio-political and economic development at national level. The aspirations of the nation of Zimbabwe that are seen to be encapsulated in the constitution are themselves dependent on the rule of law, that is, on the primacy of that constitution.

Preoccupation with the rule of law can therefore not be easily dismissed or disassociated from the progress of the nation as a whole, politically, socially and economically.

This is not to deny the role of other currents to such progress, such as social cohesion, culture, tradition and even religion, as well as leadership and policy.

Rule of law itself is an old age concept. In Zimbabwe’s constitutional democracy, the constitution must now be understood as the beacon of the rule of law and the ultimate source of legal authority.

All laws and conduct must satisfy the demands of the constitution. Although the phrase “rule of law” was popularised by Albert Venn Dicey in his seminal work Introduction to the Study of the Law of the Constitution as early as 1885, the idea itself has ancient origin, and appears in antique sources.

Among these is Aristotle who, in a literal English translation, is captured in the following words: “It is better for the law to rule than one of the citizens so even the guardians of the laws are obeying the laws”. Another seminal scholar, Thomas Fuller, put it in the following terms in 1733: “Be you never so high, the Law is above you”.

The rule of law speaks of a society where the law is respected, upheld and is the ultimate authority. This, of course, presupposes that there has been a democratic law-making process and all who are subject to the law consent to its authority even if they are not necessarily in agreement with all that the law says.

Put differently, the law must command the moral respect of the people. Under the rule of law, no one given power by the law for a certain purpose may act beyond the confines of such powers, or usurp the power conferred on another – a principle known as ultra vires.

According to Stephen Humphreys “the notion that ‘the rule of law’ captures a particular quality of law or a legal system, a quality that must be more or less present or absent in a given legal system and that thus provides a basis for evaluating such a system, imbues most accounts of the rule of law”.

It is a concept having universal validity, encompassing inherent principles like uniformity, certainty, impartiality and equity. Also added to this is the principle of legality, which George Devenish calls “the core or seminal meaning of the rule of law”.

Zimbabwe’s former Chief Justice Anthony Gubbay observed: “It is an undeniable fact that whatever system of law is applicable, whether it is the English common law, the Napoleonic Code, my own, or that of other countries, the rule of law forms an essential foundation in any democratic system of governance.

It is a concept of universal validity and application. It embraces those institutions and principles of justice which are considered minimal to the assurance of human rights, and the dignity of man. … [I]t is generally accepted that a society in which the rule of law prevails is one in which a climate of legality, observance of the law and an effective judiciary, are evident. … [I]t is the antithesis of the existence of wide, arbitrary and discretionary powers in the hands of the executive”.

From this emerges an understanding that the rule of law can be understood both as having a moral foundation and significant political foundations. In modern society, this quality cannot be divorced from the protection of rights.

This is true for Zimbabwe where the Declaration of Rights occupies pride of place within the constitutional framework.

The rule of law allows for notions of equality and equal protection to find expression. It thus allows for the equal standing of all who are Zimbabweans before the law, and allows space, expression and standing to all, irrespective of social class or rank, political persuasion or ideological orientation.

While one may be tempted to view it as such, the rule of law is not a broad, vague and abstract phrase simply to be used as “a shorthand description of the positive aspects of any given political system”.

The concept of rule of law in fact includes, among others, the separation of powers, enforceable guarantees in respect of individual rights, the supremacy of the constitution, the principle of legality, legal certainty, access to independent courts and multi-party democracy. It is a value-laden concept.

In a democratic and open society, disagreement, differences in approaches, grievances, and infractions are common. In such cases, the rule of law is there to provide a framework through which recourse can be attained.

So disagreements must be resolved through the courts rather than self-serving disobedience. In this context of the adjudication of disputes and constitutional enforcement, the rule of law “appears as a sort of social glue, a connective tissue holding society together”.

It is thus self-evident that for such framework to find efficacy, there must be confidence in the institutions that are established and mandated to dispense justice, to include the courts, the police, the National Prosecuting Authority, and even independent commissions to include those supporting constitutional democracy such as the Zimbabwe Human Rights Commission, and those specific to rule of law such as the Zimbabwe Anti-Corruption Commission.

Additionally, the people must know the constitution, and harbour in their hearts the culture of the rule of law. In the end, the rule of law is widely recognised as an essential component of good governance and sustainable development.

*About the writer: Musa Kika is a lawyer and executive director of the Zimbabwe Human Rights NGO Forum.