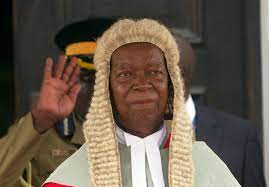 In defence of rioting and looting

Rule of law a fundamental pillar of national progress