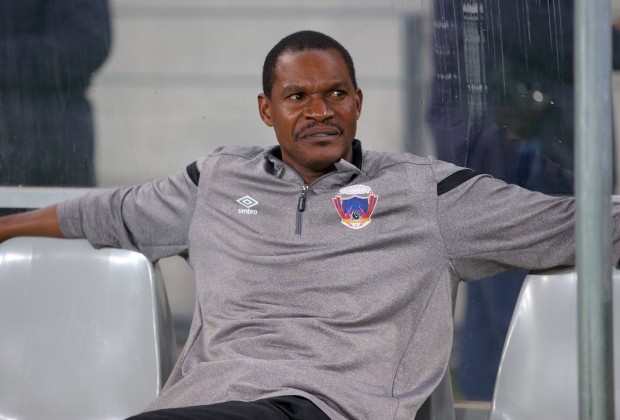 THE only point I can imagine logical in defence of Norman Mapeza (pictured) is how he, together with other local Zimbabwean coaches before him, have not been afforded the same privileges and perks as expatriate coaches.

This stems from an unconscious bias of the appointing authorities to the effect that the Europeans understand football better, despite results ultimately suggesting otherwise.

To think, the coaches that have guided the Warriors to their previous Africa Cup of Nations appearances, before this one in Cameroon, have all been local men.

Yet even after the forgettable experience with the catastrophic Brazilian Valinhos, desperately out of his depth at the helm of the Warriors, we did not learn anything and went on to drag to these parts another expensive gamble in Zdravko Logarusic. This, after our own Joey Antipas and proved to be equal to the task, stinks of self-denigration as a people.

Without veering off further, the gist of the argument here is that we need to restore prestige to the position of Zimbabwe’s national football team coach.

In any working environment, professionals come with their own set of requirements, based on who they are and their track-record. Nowhere is this more evident than in sport, and this is totally understandable.

But there must be at least minimum standards for the contract, whether one is a foreign or local coach.

Belittling the position of national coach because it is in the hands of a Zimbabwean is to belittle pretty much everything else associated with the Warriors – the players who are being coached, and the fans who put their faith in the team.

And after you have created a structure that values the post of Warriors coach, you then turn to the individual – and the results – to see if you are getting value for money in return, so to speak.

Mapeza, who presided over Zimbabwe’s early exit from the Nations Cup, has reportedly left his post following the expiry of his short-term deal.

Zifa, the controlling body, says it is now hunting for a substantive replacement.

Mapeza could well re-apply, if he wishes, and still get the job. Those that back him, and they are many, believe he is the right man to lead the Warrior into the future.

A 2-1 win over Guinea, after the Warriors had already been eliminated from the Nations Cup in Cameroon, and a hearty performance in the opening 1-0 loss to Senegal, are the main factors giving this constituency hope in Mapeza.

But those clamouring for Mapeza’s appointment on the basis of these matches need just to look at the context of this tournament in Cameroon.

There are factors in there which, if carefully taken into account, should surely change mindsets.

We all agree that Zimbabwe had their most favourable draw since first qualification in 2004, and for the first time, a real possibility of advancing through to the knockout phase was there.

When we talk of the standards and prestige that I say must be bestowed on the position of Warriors coach, we should also ask if the nation got the same in return.

In this instance, the answer is no. Mapeza failed on this front, given the history of the Warriors, what was expected of them at this tournament, and the type of opposition before them. Mapeza himself, you expect that of him, has been gracious in defeat, quick to accept responsibility for the Afcon disappointment.

The other context lies within the minnow teams that have left a mark on this tournament.

Malawi, following the shock group stage win over the Warriors to progress to the next round, did not disgrace themselves in the 2-1 round-of-16 defeat to continental power Morocco.

The Flames have done themselves and their country proud. As they would be saying in the land of my forefathers, “anasewela mphira wabwino kwambiri anyamata (the boys played some very good football).”

Then of course you have the first-time qualifiers, Gambia, a small nation of just over two million people, who have defeated Guinea to reach the quarter-final stage of the tournament at the first time of asking.

And do not forget Comoros Islands, with a squad hit by Covid-19 that they had to use an in-field player as goalkeeper in their last-16 tie against Cameroon. They outdid themselves in the tournament, their fairytale run ending with a 2-1 defeat to the hosts.

Had it been Zimbabwe, these kinds of achievements, for me, would have constituted at least bare minimum standards to argue a case for Mapeza.

‘Bhuru gone to play rugby with the angels’