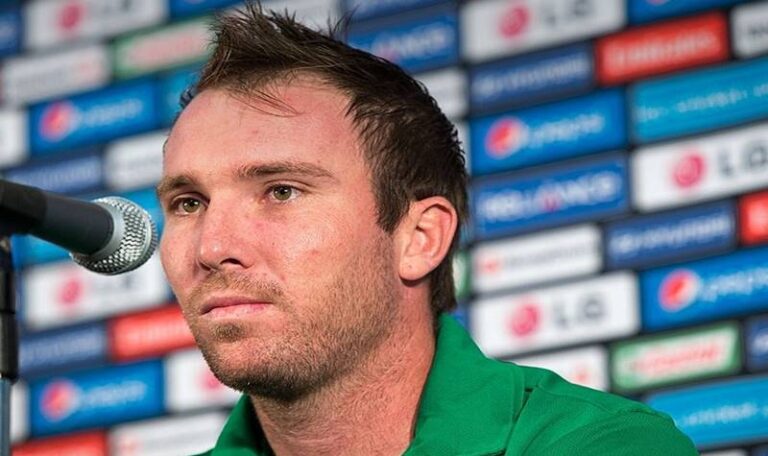 STUNNING revelations by former Zimbabwe cricket captain Brendan Taylor that he received a US$15 000 bribe from illegal Indian bookmakers to participate in spot-fixing – “cornered” by blackmail over a cocaine binge in which he partook during a visit to the cricket-mad Asian country in October 2019 – have caused a stir around the cricketing world.

And now a renowned former Zimbabwe cricketer, who testifies to have witnessed approaches towards teammates during his playing days, is convinced that Taylor’s bombshell is just a tip of the iceberg insofar as a wide range of Zimbabwean players or other internationals cricketers from different countries are concerned.

It is an intricate and increasingly dangerous web of deceit by deeply crooked match-fixers, he says, hell-bent on raking in instant riches by placing bets running into millions of dollars on certain aspects of matches that they would have fixed. This shadowy undertaking is executed through players held to ransom over threats of being disgraced in a potentially career-threatening and hugely morally degrading manner.

These extremely cunning acts by the sly bookmakers, according to the former player who spoke to The NewsHawks, do not only include strategically planting attractive young women around the surroundings of hotels where the players or teams will be booked.

It also involves the daring fixers breaching security at night to smuggle hired men into the hotel rooms of male players who would have been unsuspectingly induced into a drugged stupor, to blackmail the stars over a supposed homosexual relationship.

According to the ex-player, International Cricket Council (ICC) officials, in their anti-corruption education sessions, have referred to this form of wily scheming as “honeypot”, especially with regard to the female accomplices of the match-fixers.

“The girls will be milling around inside the premises, as if they are also genuine guests staying at the hotel,” The NewsHawks has been told.

“But they are definitely not distant. They are friendly enough, and they give the signal that they are interested. So those players with a penchant for the ladies, unknowingly targeted as they would be, will unfailingly make the move. On tour, normally a team occupies a whole hotel floor where there are cameras or security personnel working under instruction from the vising team management to make sure that players do not break team curfew or invite strangers into the rooms. At this instance, the player falls into the intended trap and makes his first big mistake: go to the girl’s room instead, where he thinks he is safe from prying eyes.”

It is here that the player wakes up the following morning in a lot more trouble that he initially feared.

“The room is bugged, and his drink is spiked such that he passes out,” says the ex-international.

“Obviously they have done a little background check on you, so they know your status and all. If you’re married, the girl strips naked alongside you in bed. You’re also stripped naked, but you don’t know what’s happening because you look sleepy, but in fact you’re passed out. Pictures are taken to show you the next day and blackmail you into spot-fixing or something like that. If you are not married, after being drugged, the girl is taken away in the middle of the night and replaced by a guy, both of you naked in bed in a compromising position, so that they can blackmail you for being gay. In the morning, you wake up alone in bed, with a sore head. To your shock, later in the day, whilst you’re still trying to figure out what really transpired, you’re sent the images of the compromising act and chillingly told to play ball lest your whole family and the whole world sees you for who you really are. It’s a very frightening situation to be in.”

This account by the former player who came through to this publication is by no means suggestion that this said modus operandi was the case on Taylor’s fateful trip to India in 2019.

Taylor, in a statement on Monday, stated that he was offered the US$15 000 to travel to India by some businessmen friends of his to discuss potential sponsorship for Zimbabwean cricket and the possibility of a money-spinning T20 tournament in the African country.

On the last night of the trip, the businessmen are said to have stormed Taylor’s hotel room armed with a video clip of him engaging in the cocaine abuse. The US$15 000, suddenly, was turned into a ransom, a “deposit” for the ex-Zimbabwe batting kingpin to spot-fix stages of matches, with a further payment US$20 000 due to him if he complied.

But there is certainly more than meets the eye in this Taylor episode, according to the former star speaking in this story.

It seems Taylor – on the Zimbabwe team’s highest monthly salary of nearly US$21 000 per month until his retirement from all forms of cricket last September – fell into a trap that he naively thought he would leap out of without being tainted.

“When he got that call, he probably knew that he was getting into something,” says the ex-Test player, Taylor’s former teammate.

“But he thought he would dribble them. On what grounds would you be given that kind of money by gamblers to invite you, to just make an appearance, without them making their intentions clear? It’s fishy. But I believe that everything comes to an end. In the fullness of time, in his case, his nightmare will also come to an end.”

Meanwhile, in a most difficult time in his life, Taylor has also received support from other ex-teammates of his who have praised him for being a great Zimbabwean player and a pleasant person despite his dramatic fall from grace.

For ex-fast bowler Brighton Watambwa – who featured in six Test matches for Zimbabwe in 2001-02 before playing for cricketing minnows United States and Belgium – captaining the latter in more recent times, Taylor’s ugly transformation from hero to villain has come as a huge surprise.

“He was of course very young and super-talented, a very good kid,” Watambwa tells The NewsHawks.

“Obviously, I’m as surprised as everyone else. Reading what he wrote and given the situation, I think he made a mistake many may also make, and he got into an impossible situation. It’s a classic honey trap. I feel for him and his family and wish him all the best in rehab. Given he willingly went to the ICC, I think his punishment is extremely harsh and needs to be reconsidered (ICC had however not made a statement nor ruling at time of writing).”

Gary Brent, another former pacer, who teamed up with Taylor internationally, also spoke of his “shock” over the matter.

“Well yes, it was a massive shock,” says the 44-year-old former Zimbabwe frontline bowler, who is now a church elder.

“I have great admiration for his courage to confront the issue and take the necessary actions to rectify his poor decisions! Unfortunately, we all make bad decisions, but his has cost more than ours.”

It is a poor decision that has left Taylor’s cross-section of fans in disbelief.