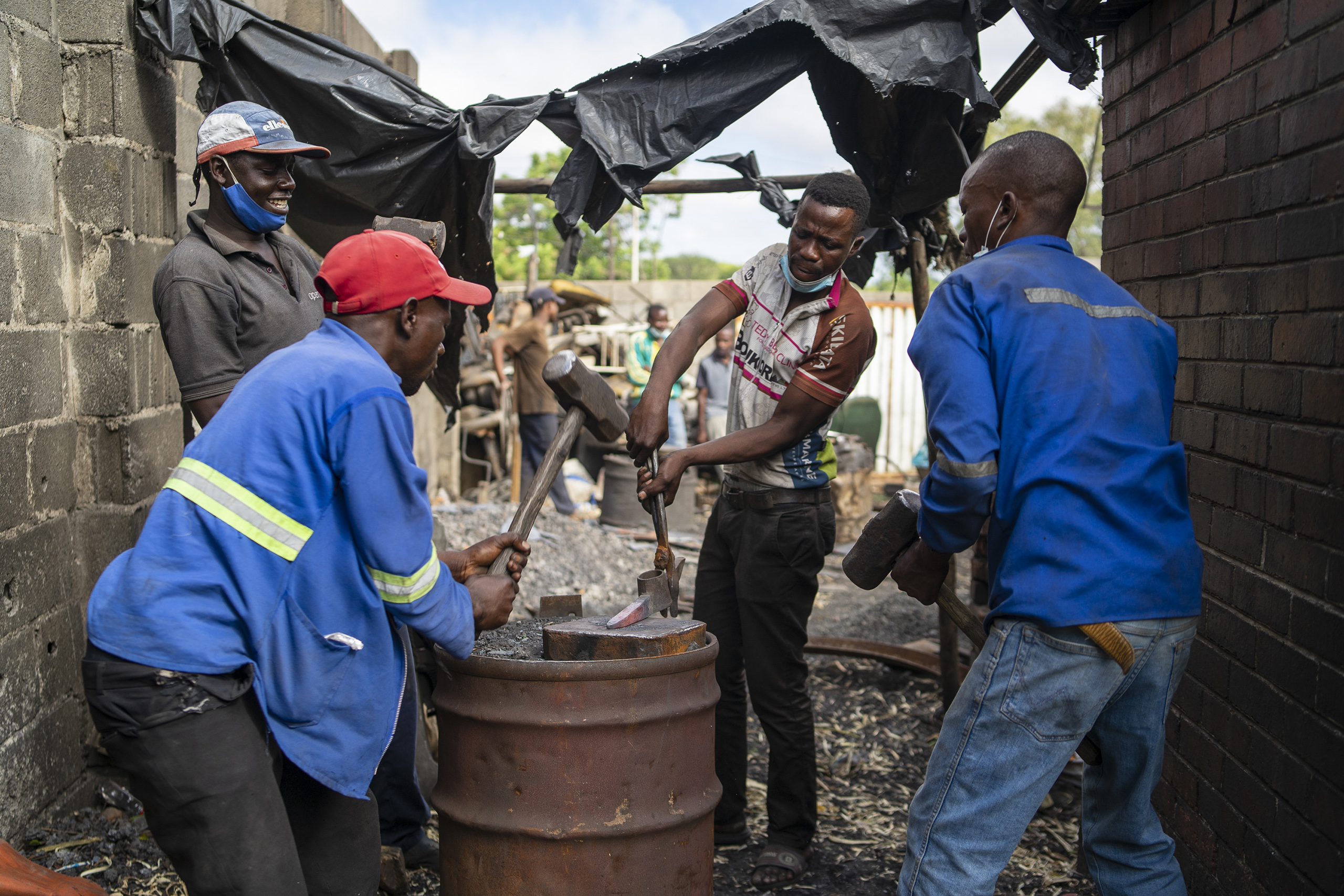 WHEN his family retires to bed, Timothy Kazingizi (43) of Sunningdale suburb in Harare begins his shift.

For Kazingizi, watching his favourite programme on television is a luxury. He has to eke out a living for his family.

He is a school teacher by day and a brickmaker by night.

Trading his suit and shiny polished shoes for overalls was not easy for the father of four.

Seeing that his ZW$19 850 salary, excluding allowances, is not enough to put food on the table, Kazingizi turned to brickmaking. The salary translates to US$124.57 using the official exchange rate of ZW$159.34.

“My family would have suffered if I did not do something about our situation. The money that I get every month is not enough to take care of our daily needs. It broke my heart to see my children out of school sometimes, yet I am a teacher,” Kazingizi told The NewsHawks.

With each passing day, his salary is eroded by inflation.

By the end of the month, his family goes hungry as the cost of living continues rising.

According to the Zimbabwe National Statistical Agency (ZimStat), a family of six now requires a total of ZW$68 178 (US$427.89) to meet basic needs per month as inflation continues to surge.

In the dead of night, Kazingizi sweats the brow as he mixes cement and sand to make bricks.

Due to the darkness that covers the area, Kazingizi has installed light bulbs to illuminate his workspace.

The space outside his wall is surrounded by thorn-tree branches to keep away thieves who prowl the area.

With a limp, he carries a bucket of water to mix the concrete and cement.

As he toils through the night, music reverberates from a nearby pub, keeping him company.

“This place can be lonely so that music keeps me going. I forget about my troubles and focus on the work at hand. I am glad my nephew is here to help me,” the soft-spoken Kazingizi said while pouring masonry concrete into a mould.

As he impatiently waits for the mould to dry, Kazingizi repeats the process until 12am.

Sleepy, exhausted and barely able to stand, Kazingizi leaves the bricks to dry under the watchful eye of his nephew, who also helps him in the business.

“I have an order for 1 000 bricks so I have to work twice as hard. I am glad that it is a holiday so I can at least devote my time to making extra money,” he said.

“I used to have people who would come and help, but they all left due to the intensity of the work. Some time ago, I had another worker, but he left again,” he says.

Zimbabwe celebrates Workers’ Day on Monday as most workers fail to put food on the table.

Once a noble and well-respected profession in Zimbabwe, teaching has become one of the most ridiculed careers.

Teachers have been at loggerheads with the government over salaries, but the authorities have been headstrong, maintaining that the country cannot return to the pre-2018 salaries of US$540.

Earlier this year the government threatened to fire teachers who refused to report for duty in a bid to force the ministry of Primary and Secondary Education to review salaries upwards.

Workers in post-1980 Zimbabwe have been reduced to paupers.

While their counterparts from other countries lead decent lives, with some able to buy or build houses, in Zimbabwe it is just but a pipe dream.

The dignity of a worker has over the years been considerably diminished with workers like Kazingizi failing to eke a living.

“In a functional economy, I should be making enough to cater for my family, but I am struggling,” Kazingizi said.

However, he said the ruling oligarchs were not concerned by workers’ welfare.

“We are fast turning into a mafia state. The ruling elites and  government officials have no appetite for human development, including addressing workers’ issues. They are greedy and focused on enriching themselves and their cronies at the expense of the majority. Workers’ welfare is least on their individualistic priorities,” Mutasa said.

“Workers of Zimbabwe must appreciate that under the current government they will never have a reprieve. It is therefore important for all workers to unite and mobilise for collective action. It is also extremely important for all workers to unite and encourage each other to register to vote and vote out this government in the next elections. We cannot afford another five years of misery, suffering,  erosion of wages and pensions and brutal dictatorship. Workers have no other choice.”

Parents frantic ahead of school opening as teachers fret