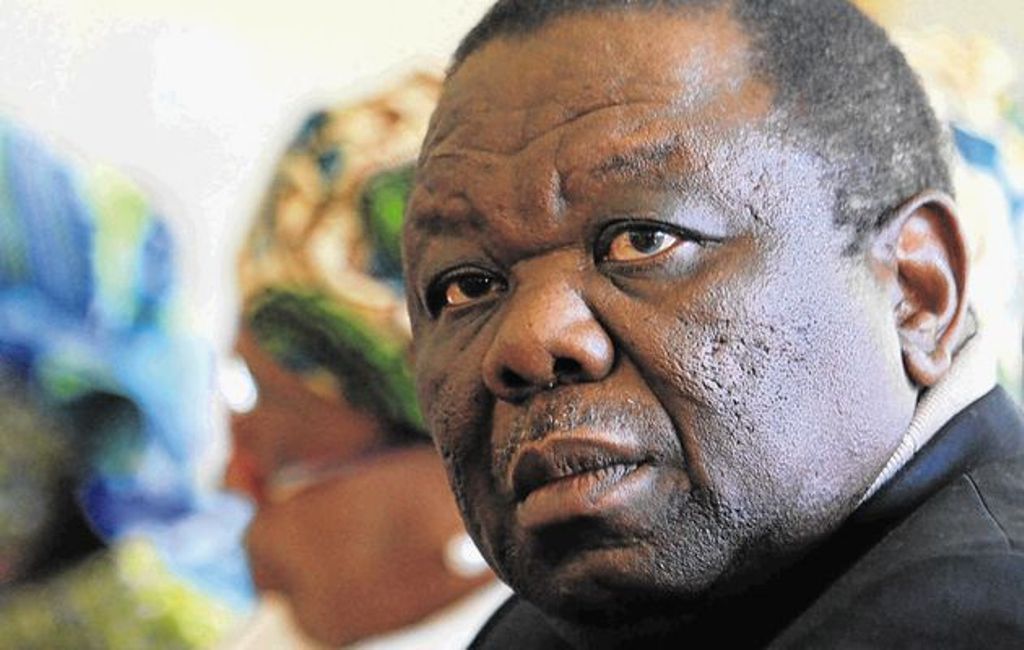 WILLIAM Shakespeare, the 16th century English playwright who once prominently featured on the Zimbabwean Ordinary Level and Advanced Level English literature school curriculum, once rhetorically asked: “What’s in a name? That which we call a rose by any other name would smell just as sweet”.

This is quite an instructive line in view of the full-blown war of attrition currently engulfing the opposition movement in Zimbabwe, triggered by the long-running saga of who owns the political title deeds and naming rights of the opposition MDC-Alliance. The fight pits two bitter factional political rivals, Nelson Chamisa who leads the MDC-Alliance and Douglas Mwonzora, the MDC-T leader.

This comes amid the desperate blitz and kamikaze line of attack adopted by Mwonzora and his MDC-T in their vicious fight against Chamisa and his party. Mwonzora unsurprisingly and unequivocally declared at their press conference on Wednesday that they will be contesting the 26 March 2022 by-elections under the banner of the MDC-Alliance, and that anyone who will use the acronym MDC will face serious legal consequences.

This is not a mere empty threat considering how the judiciary has been weaponised by Mwonzora and his allies against the MDC-Alliance. Consequently, with the fast-approaching by-elections the Chamisa-led MDC-Alliance needs to fully grasp that it faces an existential threat and a huge political setback if it does not out-think and out-manoeuvre both the Zanu PF regime and MDC-T in this battle, and come up with a new, savvy and distinct brand name by the time of nomination of candidates on 26 January ahead of the by-elections.

The nomination court sits on 26 January ahead of the 26 March by-elections.  A brief detour in the past and highlights of crucial examples of the battle for naming rights in political spheres of Zimbabwe would help.

Thus I conducted a comparative analysis on why the Chamisa-led MDC-Alliance is operating in an unprecedentedly hostile, unforgiving and poisonous political environment. Consequently, this places onerous responsibilities on them to be pragmatic, shrewd and think outside the box.

The battle for political naming rights is not a new phenomenon within the post-colonial political and electoral struggles of Zimbabwe.

In January 1980, the late nationalist Reverend Ndabaningi Sithole, the founding Zanu leader in 1963 before he was unceremoniously dethroned in 1975 and replaced by the late former president Robert Mugabe, approached Lord Arthur Soames, who was the governor of the transitional authority tasked with overseeing the first democratic elections and independence transition process of Zimbabwe.

Sithole sought to petition Soames to stop Mugabe from contesting the 1980 elections under the banner of Zanu, arguing that he was the bona fide owner of the name. Nonetheless, Soames, who was neutral arbiter in this case without much vested interest in the electoral outcome, refused to entertain Sithole’s request and petition.

Mugabe thus contested the 1980 elections under the banner of Zanu, while Sithole did so under Zanu-Ndonga. Zanu, together with Zapu, later adopted the suffix and prefix “PF”, for Patriotic Front, respectively, to end up with Zanu PF and PF Zapu.

Since March 2020, when the judicially modified and reconstructed MDC-T came into existence after the controversial and divisive Supreme Court ruling, it has become an open secret that they are the blue-eyed boys and the ever-obedient lackeys of Zanu PF and its government.

This has been demonstrated by the unprecedented number of both partial and highly controversial judicial and parliamentary freebies they have been gifted with, including MPs, councillors and state funds due to the MDC-Alliance — daylight robbery.

Additionally, the Zanu PF government allowed security forces to assist MDC-T to take over the hitherto MDC-Alliance-controlled Morgan Tsvangirai House (formerly Harvest House) headquarters. In addition to this, they have been treated with kid gloves and allowed to carry their party political activities such as the controversial December 2020 extraordinary congress — ordered by the court — despite Covid-19 restrictions which were put in place to outlaw such gatherings.

This, coupled with the manner in which they have been allowed to freely conduct their political activities across the country without harassment, is a direct contrast to the way Chamisa has been hounded, harassed and violently attacked for travelling around during his civic engagement activities.

When President Emmerson Mnangagwa issued Statutory Instrument 2 of 2022 setting set the date for the nomination court and the by-elections, political observers were not surprised by the vindictive and scorched earth reaction of the Mwonzora-led MDC-T. They dropped another bombshell, declaring that they will be contesting the by-elections under the banner of the MDC-Alliance.

However, a lot of significant developments had occurred prior to this announcement that raised eyebrows. For instance, the letter which was written by Douglas Mwonzora to the Zimbabwe Electoral Commission (Zec) dated 3 January 2022 is a significant giveaway as it shows that MDC-T was already privy and aware of the impending elections before Mnangagwa’s proclamation.

Moreover, on the day Mnangagwa announced the date for by-elections Mwonzora and his other top lieutenants had surreptitiously visited him in the company of Zanu PF top official Patrick Chinamasa and George Charamba, the presidential spokesperson, at State House in Harare.

In this multi-pronged offensive strategy, the MDC-T is acting as the lapdog, attack dog and the cannon fodder for Zanu PF in destabilising and disenfranchising the MDC-Alliance. Mwonzora and the MDC-T will be used and dumped by Zanu PF eventually. This has happened before.

This unrelenting scorched earth strategy has come into being upon a realisation by both Zanu PF and the MDC-T that Mwonzora and his party, which is the trojan horse of the ruling party, cannot politically survive and stand on their own two feet outside the establishment life support system of the captured and pliant judiciary and parliament.

Yet no serious judge, even a captured one, would want to support Mwonzora’s new claims of being leader of MDC-Alliance without risking irreparable reputational damage.

The political environment in the run up to the March by-elections demonstrates that the MDC-T is facing humiliating defeat and annihilation unless it is helped by Zanu PF to survive as its surrogate party.

This further explains why the captured institutions such as Zec are willing to be used to bend the rules to accommodate the distortions, misrepresentations and falsehoods of the MDC-T to help it contest elections under Chamisa’s popular MDC-Alliance brand at the expense of the real MDC-Alliance party which is different from Mwonzora’s MDC-T.

Despite all these political shenanigans, it is known that by-elections are coming due to the recall of MPs and councillors who actually belonged to Chamisa’s and not Mwonzora’s party. That was the first phase of the plot to destroy the MDC-Alliance.

Needless to say there are strong warning signs to show that the MDC-T maybe acting in cahoots with a captured and compromised Zec and are setting up political booby traps for the real MDC-Alliance to be disqualified and disenfranchised on nomination day and subsequently on election day.

Mwonzora’s letter to Zec, which is replete with falsehoods, petitioned that no one should be allowed to use the acronym MDC other than him aand his MDC-T. The letter, together with a press conference by Mwonzora on Wednesday, clearly articulated their strategy to block the MDC-Alliance from participating in the elections for obvious reasons: both Zanu PF and MDC-T fear defeat.

The post-November 2017 electoral and political landscape in Zimbabwe has become structurally illiberal and autocratic.

In terms of rebranding their political vehicle, the MDC-Alliance needs to know that they have to put themselves in a position of both the MDC-Alliance and that of the twin axis of evil of Zanu PF and MDC-T, hypothetically think and rehearse what will happen if or when they come up with a different name and rebrand.

This will enable the MDC-Alliance to be two steps ahead of its detractors. It also enables tge party to come up with contingent and viable plans if Plan A or Plan B get sabotaged by either Zanu PF or MDC-T.

This will also ensure that they will not continue to be pigeon-holed for easy rich pickings for the authoritarian consolidation agenda by both Zanu PF and MDC-T.

Knowing the callous nature of the autocratic beast it is up against, the MDC-Alliance needs to borrow from the advertising concept of ambush marketing or ambush advertisement which was developed by strategist Jerry Welsh. They need to do some ambush branding of their new political project.

Thus, they will need to keep it as a highly guarded secret and only reveal it moments away from submitting papers at nomination court. By doing this, they would have caught both the Zanu PF, Zec and MDC-T off guard and put them on the defensive, thus mitigating the risks of being blocked and disenfranchised in the by-elections.

It is abundantly clear that MDC-Alliance desperately needs to participate in the forthcoming by-elections by any means necessary. This is even more critical since over the past two years they have spent most of the time on the political ropes being bludgeoned and receiving hammer blows from Zanu PF, MDC-T, the captured judiciary and parliament.

In our Shona cosmology, they say you should never surrender and abandon a ripe maize field to baboons. Therefore, MDC-Alliance rebranding is now a non-negotiable life-and-death matter. That must be holistically, wisely and maturely be pursued because the future of the democratic struggle and democratic dispensation depends on what the MDC-Alliance will do between now and 26 March.

Needless to say the very legacies of MDC political martyrs such as Tsvangirai (pictured), Talent Mabika, Tichaona Chiminya, Tonderai Ndira and many others rest on the MDC-Alliance contesting these by-elections and regaining lost political ground which their departed heroes fought and even died for.

These martyrs and other MDC democratic stalwarts such as Gibson Sibanda, Fletcher Dulini Ncube, Mike Auret, Trudy Stevenson and Rebecca Mafikeni must be turning in their graves upon realising how Morgan Tsvangirai House, the hitherto citadel of democratic resistance and democratic struggle, has now been desecrated and reduced into a brothel of performative politics of puppetry and collaboration with Zanu PF by Mwonzora and his puppets.

Therefore, rebranding and contesting the by-elections by MDC-Alliance is an opportunity for them to reinvent themselves and rekindle the democratic resistance flame and recapture the founding spirit and ethos of the original MDC of 1999, which provides a flicker of hope for Zimbabwe to emerge from the authoritarian hellhole it has been since 1980, but more so since 2000 when the centre could no longer hold and things started falling apart.