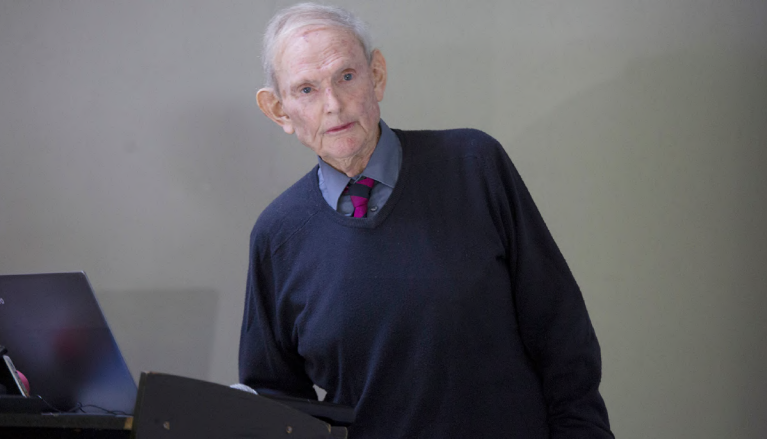 RENOWNED economist Tony Hawkins has warned of a difficult year ahead characterised by high inflation and depreciation of the Zimbabwe dollar.

Speaking at the CEO Africa Roundtable yesterday, Hawkins said the government’s positive spin on the performance of the economy belies the situation on the ground.

This was soon after Reserve Bank of Zimbabwe governor John Mangudya and Industry minister Sekai Nzenza had earlier told captains of industry at the function that there have been positive indicators towards economic recovery which include increased capacity utilisation as well as the availability of more locally manufactured goods.

“We hear government talking about restricted spending. I am going to give you two examples from the last 24 hours of restricted spending. A Fastjet plane could not land in Bulawayo because there was no back-up generator but (Finance minister) Mthuli (Ncube) says he has a budget surplus. Let us give him a round of applause for that,” Hawkins said.

“People had to come from Bulawayo for radiation (treatment) because the radiation machinery at Bulawayo hospitals do not work. Well done, minister.”

He told delegates that he was going to give them facts and not the Zanu PF propaganda they had been fed by Mangudya and Nzenza of an improving economy.

“The reality around us is closed schools, it’s deteriorating health services, it’s bank queues, it’s rising prices, it’s potholed roads, it is teachers and nurses leaving the country, it is increasing poverty and unemployment,” he said.

Responding to Mangudya’s exhortation to captains of industry to increase the use of the local currency, Hawkins said the central bank governor is trying to preserve a currency no one wants to use.

“He (Mangudya) promised to preserve value (of the Zimbabwe dollar) but since then prices have gone up 3 000% and the currency’s value has devalued by 99%,” Hawkins said.

He added that while Mangudya is pushing for the increased use of the Zimbabwe dollar, the government is charging for passports and collecting some of its taxes in hard currency.

“It is the inconsistency, the contradiction, the deceit, the dishonesty of the government. They do not believe their own untruths. Why should we believe in it?” he asked.

Hawkins said for President Emmerson Mnangagwa’s government to achieve its target of a middle-class income economy by 2030, it would need the country to experience 7% annual growth in US dollar terms from now until then, which is impossible.

He said only returning to dollarisation will en[1]sure economic stability. Mangudya however shot that down, saying that this would make the economy uncompetitive and result in an overvalued exchange rate.

Nzenza acknowledged that there are still policy inconsistencies by the government as well as obstacles to ease of doing business.

“Yes, there are challenges with government, but what we have done is to create dialogue where we listen to what the private sector is saying,” she said.

Consumers feel the pinch as cost of living shoots up