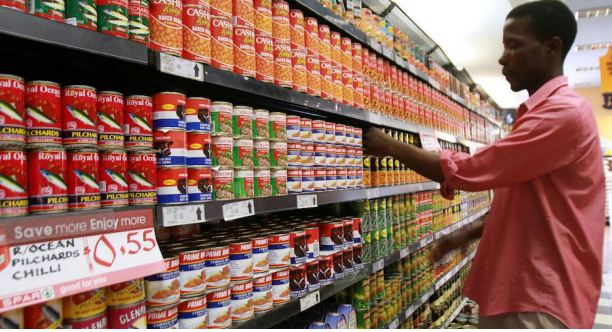 THE wave of price hikes resulting from the weakening of the Zimbabwe dollar spells doom for beleaguered citizens in the New Year, with no reprieve in sight to the country’s deepening economic crisis.

The price hikes have also had a knock-on effect on rentals which have also increased. The Zimbabwe Electricity Trans[1]mission Distribution Company (ZETDC) announced a 12.3% electricity tariff increase.

Diversified telecommunications company Econet Wireless this week announced a hike in its tariffs. The Zimbabwe National Roads Administration hiked toll gate fees recently. Owners of light vehicles will now have to part with ZW$220, up from ZW$165.

Minibuses now pay ZW$330 from ZW$245. Haulage truck drivers will now have to fork out ZW$1 100 from ZW$820. Workers paying funeral subscriptions will suffer a significant reduction in their wages as funeral service providers have announced an increase in subscriptions.

Consumer watchdog, the Consumer Council of Zimbabwe (CCZ), this month revealed that a family of six now requires a massive ZW$72 967 to meet basic needs, an amount that far exceeds the wages most workers earn.

Such has been the erosion of the local unit that the government, which has resisted demands by its workers for US dollar salaries, paid civil servants’ bonuses in hard currency last year.

President Emmerson Mnangagwa’s administration pointed out that it had taken the decision to pay bonuses in hard currency to protect its workers from what it called exchange rate fluctuations.

Even the setting up of the foreign currency auction market in June last month, which aimed to provide cheap funding to companies to increase production, managed only to bring temporary respite to price hikes.

However, workers’ wages have not been able to keep up with the rate of price increases and have left them in the doldrums. The deterioration in the standard of living is a far cry from the rosy picture of rapid economic recovery painted by the government.

Despite his upbeat tone on the country’s recovery path, Finance minister Mthuli Ncube warned in the 2022 National Budget last year that the 5.5% growth he projected this year is under threat from the volatile exchange rate, among other factors. Disillusioned by the continued economic decline, the country has experienced major brain drain.

The Institute of Chartered Accountants of Zimbabwe also revealed that there has been a mass exodus of auditors from the country as they are lured by better working conditions, which include wages which are far more lucrative than what is offered at home.

Miffed by the massive exodus of professionals, Zanu PF have blamed the West for the brain drain.

“The Vice-President also talked about the brain drain in the medical sector which again is being caused by the Western countries who do not train their people,” Zanu PF party spokesperson Chris Mutsvangwa told a Press conference after a recent politiburo meeting.

“When a crisis comes, they also have an ageing population, they come to recruit from Zimbabwe and because we are relatively poorer than them — because we were colonised and enslaved — we are not as rich as they are.

“We train the best people, they come and snatch them and never want to compensate us for those people who we invest in so much through training, but they are now lured by better salaries because they have been neglectful to train their own personnel. So, we are always at the receiving end of these people who want to lecture us about democracy and human rights, and all this.”

He added that cabinet was in discussions on how to curb the brain drain . The Reserve Bank of Zimbabwe last week met with business as it desperately looks to shore up the local currency and reduce the rate at which the prices of goods and services are soaring.

Among the resolutions made during the meeting was that the government and the central bank should come up with strategies to enhance the attractiveness of the local currency and strengthen its demand in the context of the multi-currency system in place, the need for everyone, through a collective responsibility, to exhibit good leadership and exercise restraint on the volatility of the exchange rate and the continuation by the central bank’s investigative arm, the Financial Intelligence Unit, to penalise currency manipulators and abusers of the foreign currency auction rules.

However, measures by the central bank to curb exchange rate volatility and resultant price hikes thus far have been futile.

From putting in place laws to arrest moneychangers in 2018 to making it criminal to price goods above the official exchange in May last year, the measures have all been in vain, as the exchange rate has run amok, with prices astronomically shooting up. The latest wave of price hikes will further burden workers who are struggling to make ends meet, according to Zimbabwe Congress of Trade Unions secretary-general Japhet Moyo.

Moyo said the only solution to the chasm between prices of goods and services and the earnings of workers is for the government to ensure exchange rate stability.

A new name is only the beginning